Canada’s chief public health officer says more children are being hospitalized this flu season because of an early spike in a strain of influenza B, which hits young people hard and is circulating across the country while a strain that typically targets the elderly also makes the rounds.

Dr. Theresa Tam said influenza B does not usually peak until February or later and the “double dose” of both influenza A and B strains has not been seen in Canada since 2015.

“Right now we have influenza A-H3N2, which is still predominant, but influenza A, another strain, H1N1, is escalating and influenza B is early so all of this is going on at the same time, which is certainly having an impact on different communities and individuals.”

Seniors are typically sickened by H3N2, Dr. Tam said, adding she does not yet know which strains were believed to have been linked to the deaths of two young people in Manitoba.

Blaine Ruppenthal, 17, is suspected of having died of complications from the flu, according to a letter sent to parents Monday by the principal of Kelvin High School in Winnipeg.

A spokeswoman for the provincial government cited privacy laws in declining comment on whether Ruppenthal had any pre-existing medical conditions.

Dr. Tam said the death of a 24-year-old patient in Manitoba is also believed to have occurred from similar issues.

Lab tests will be done to determine if the two cases were linked to the virus, the provincial government said in a statement.

Two other people, both over 80, have died in Manitoba from flu-related illness this season, the statement says.

Manitoba is urging all residents to get the flu shot, which it offers for free.

The Public Health Agency of Canada said two deaths believed to be related to flu were also reported in New Brunswick this year.

The latest report from FluWatch, the agency’s surveillance program of influenza cases, says 258 children in Canada, aged 16 and under, were hospitalized over a three-week period ending Jan. 4.

“The weekly number of cases in this period is above the average over the previous five seasons,” it says.

Alison Merton, director of Collingwood Neighbourhood House, which operates over two dozen child-care programs in Vancouver for infants to school-aged kids, said more children have been sick with the flu than in the past few seasons.

The program can’t require parents to get any immunizations for their children but she said not having the flu vaccine can impact families.

“We have siblings in different programs so typically if one family goes down, it does affect multiple programs,” Ms. Merton said.

Flumist, a nasal spray version of the flu vaccine, is often given to children but a global shortage means it has not been available in Canada, Dr. Tam said, adding the vaccine is an alternative for anyone over the age of six months and pregnant women, who get it to protect their babies.

She said that while the vaccine is the best defence against flu, only about 43 per cent of Canadians under age 65 were immunized last year, even if they were at risk of complications, compared with 70 per cent of seniors.

“What I’m more concerned about is that people with some chronic medication conditions, such as underlying heart disease or diabetes, are not getting vaccinated.”

Isobel Mackenzie, the advocate for seniors in British Columbia, said over 80 per cent of seniors in long-term care facilities, where the flu shot is offered, get immunized and 74 per cent of staff do, too.

“Where we need to do the work is in the public,” she said, adding people who visit the elderly in care homes are putting them at risk if they aren’t vaccinated.

“To protect grandma from getting the flu, it’s actually more effective for you to get your flu shot,” she said.

Unlike most other provinces, B.C. does not provide the flu shot for free, except to people 65 and over, under 19 or if they fit into a broad category, such as if they tend to be around vulnerable people including children and the elderly.

“So why don’t we just say everybody can get it for free?” Ms. Mackenzie said. “Everybody who wants it is figuring out how to get it for free anyhow.” 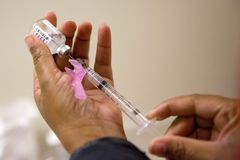 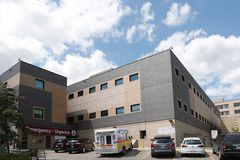