The first sensible move by Justin Trudeau in over four years as Prime Minister. – Colin_r

On the whole, not bad. Not spectacular, but steady.

Making Chrystia Freeland effectively a bit of a minister-of-everything in the manner somewhat like C.D. Howe is certainly interesting. There is a fair bit of wisdom in that decision, and certainly an implicit demonstration of self-knowledge by Justin Trudeau.

Glad that Marc Garneau is staying at Transport. That is a good sign, too.

And then there is the appointment of Catherine McKenna to Infrastructure. If you understand the importance of public transit to fighting climate change, and have concerns about pipelines, this is a welcome appointment. – OldBanister

The fact is that there is going to be more and more infrastructure to be replaced and repaired as flooding and storm damage progresses, and fires and drought change what works. Maybe having someone who understands that climate is a major risk, like Catherine McKenna, is a good choice. Who knows, maybe she will come up with money to decommission all those orphan wells that Alberta and Saskatchewan and northern B.C. have allowed to be ignored. – McDsmith

Nothing in here to support business investment. See you on the other side of the recession. – Canada allan1

Trudeau’s new cabinet: The full list, the breakdown by region and more

Will Chrystia Freeland be the best prime minister Canada never had?

Chrystia Freeland is a good choice for deputy prime minister. At least the PM has acknowledged he needs help in governing. – Mr. Costanza

Chrystia Freeland has proven herself well enough and I like the idea of her being pulled more tightly into a broader range of critical decision-making. Good luck in the new post, Ms. Freeland. – MavnGoose

Chrystia Freeland is the one who should be leader of the Liberal Party. – TorontoGooner

The Conservative’s worst nightmare. A competent, articulate, intelligent woman with a sterling résumé – ask Rona Ambrose how Chrystia Freeland did on the free-trade file. If they put Andrew Scheer or Jason Kenney up against her in a future election, they better tie both hands behind her back to give them a fighting chance. And Mark Carney is just around the corner if she needs help. – John_S11

In order for a Liberal to be an expert adviser on Alberta, all they need to do is be born there. Good grief. – ken2682

Chrystia Freeland does not represent Western Canada. She was born in Alberta, but she has not lived in Western Canada for over 30 years. Her appointment is window dressing, tokenism. For decades the Liberal Party has pandered to Quebec and rubbed Alberta’s face into the dust. TMX will never be built. The “Wexit” crisis will not be solved until the Liberals are removed from power. – William Makepeace Thackeray

Dominic LeBlanc was the former minister of Intergovernmental Affairs, and if you can’t remember his accomplishments, it’s because there was nothing significant. The deputy prime minister position is largely a figurehead position, and unlike the United States, the deputy PM doesn’t become PM if the leader is incapacitated. This was originally a position created by Pierre Trudeau as a reward for Allan MacEachen. The position was obviously deemed not that important as Justin Trudeau never appointed one until now. The only deputy PM to go on to become PM was Jean Chrétien. Something for those who see Ms. Freeland as the next PM to keep in mind. – JeffSpooner

I hope Chrystia Freeland mostly focuses on building the economy and creating a better business environment for all provinces. No sense in writing her off before she’s had a chance. – G.E.T.

Heartwarming to see that there is now an associate minister for “Middle-Class Prosperity.” Are we no longer supposed to care about the poor? – T M

How do you define middle-class prosperity? Sounds like something out of the old Kremlin. Will everyone receive a Lada? – Inspector Alistair Cameron

Most fun title ever.

He forgot the Minister of Funny Walks! – robit17

It should have been called the Ministry of Middle Earth Prosperity. – Curtis2004

Opinion
Will Chrystia Freeland be the best prime minister Canada never had?
November 21, 2019 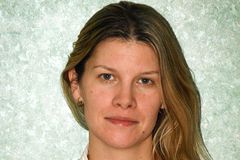 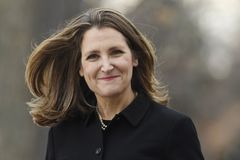