People who live in suburban homes and go everywhere by car have been responsible for almost all the growth in Canada’s cities over the past decade, and that has momentous implications for both Liberals and Conservatives.

“Canada is a suburban nation,” concludes a study released by a team of researchers led by David Gordon, an urban planner at Queen’s University. More than 80 per cent of the population in large cities, including Vancouver, Calgary, Toronto and Montreal, live in suburbs. “Their downtowns may be full of new condo towers, but there is five times as much development on the suburban edges of the region,” the report observes.

The study shows that the number of people living in metropolitan areas in Canada grew by 15 per cent, or 3.2 million people, between 2006 and 2016. That’s more than the entire population of Toronto, Canada’s largest city.

The population in the “active core” of Canadian cities – where a higher percentage of people walk or cycle to work – grew by 9 per cent, well below the 15-per-cent average for the metro areas. The population of “transit suburbs,” whose residents live outside the core and are more likely to use public transit for work, grew even less, by 8 per cent.

But “auto suburbs,” where people mostly commute by car, grew by 17 per cent. These suburbs accounted for 75 per cent of all urban growth during the decade. The population of exurbs – typically commuter subdivisions in otherwise rural areas – increased by 20 per cent. The data is based on a comparison of the 2006 and 2016 census. The Globe and Mail was given a copy of the report in advance. You can read the report here.

And yet politicians, planners, academics and journalists focus much of their attention on inner-city issues, while ignoring suburban expansion. Partly, that’s because “it’s too easy to see the growth in the inner-city,” Prof. Gordon said in an interview. “There are all those tower cranes in Toronto and Vancouver, and every single building is a political controversy, an article in the newspaper.” Meanwhile, as city council argues furiously over whether to permit a new tower with a few hundred residents in the downtown, thousands of new homes replace farmland on the urban edge, “and nobody ever sees it.”

As the report notes, growth in low-density, auto-dependent suburbs can strain municipal infrastructure budgets. Heavy car use contributes to global warming and obesity. Nonetheless, this is where most people who contribute to urban growth choose to live.

And their votes are more powerful today than ever. Between 2006 and 2016, according to the study, people living in suburbs increased from 66 per cent of Canada’s population to 67.5 per cent. Suburban voters are overwhelmingly more important than rural or downtown voters in determining the outcome of elections.

The hegemony of suburban voters can make it politically profitable to drive a values wedge between them and downtown voters. Doug Ford became premier of Ontario by promising to govern “for the little guy” against the downtown elites “drinking champagne with their pinkies in the air.”

But the Conservatives also have voters who are uncomfortable with high levels of immigration from countries outside Europe. When Quebec MP Maxime Bernier tweeted his criticism of the Liberal government’s “extreme multiculturalism and cult of diversity,” his message may have resonated with nativist voters. Such words are toxic for a party whose electoral success or failure will be determined by immigrant voters and their descendants.

And sometimes, efforts to cleave the suburbs from the downtowns fail. While the 905 – the band of ridings outside Toronto named after its area code – supported Stephen Harper’s Conservative message of low taxes and sound fiscal management in 2011, many of those same voters opted in 2015 for Justin Trudeau’s socially progressive Liberal priorities.

In 2019, will these voters be attracted to Conservative Leader Andrew Scheer’s vow to eliminate carbon taxes, or will they prefer Mr. Trudeau’s emphasis on combating climate change? The answer to that question could determine the election.

Both the Conservatives and the Liberals face major challenges in wooing the auto-suburban voter. The Tories are plagued by nativist, anti-immigrant attitudes among some supporters. The Liberals often treat auto suburbs, and the people who live in them, as a problem to be solved rather than as a community to be respected.

Disrespecting voters for whatever reason is perverse. Suburban voters, in particular, choose governments. And there are more of them now than ever.

Opinion
What is the most democratic and effective way to govern a city the size and economic import of Toronto?
August 19, 2018 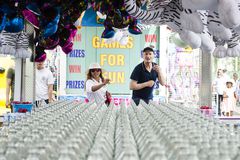 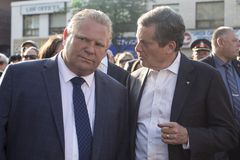 Mayor John Tory says Toronto must seriously examine its legal options to fight Doug Ford’s bill cutting size of council
August 17, 2018
Follow John Ibbitson on Twitter @JohnIbbitson
Report an error Editorial code of conduct
Due to technical reasons, we have temporarily removed commenting from our articles. We hope to have this fixed soon. Thank you for your patience. If you are looking to give feedback on our new site, please send it along to feedback@globeandmail.com. If you want to write a letter to the editor, please forward to letters@globeandmail.com.
Comments