It could take Ontario more than a year and half to catch up on the tens of thousands of surgeries postponed because of the pandemic, according to the estimates of a new modelling study.

Published on Tuesday in the CMAJ, the study estimated the province had a backlog of 148,364 operations between March 15 and June 13 this year. If hospitals added 717 patients a week to the roughly 11,000 weekly surgeries they typically performed before the pandemic, the researchers expected it would take 84 weeks to clear the backlog.

On Tuesday, B.C.’s Health Ministry said that province has completed procedures for 11,249, or 66 per cent, of the 17,154 patients whose operations were postponed because of the pandemic.

“As we get back to business, obviously, we have to increase past our previous volumes in order to clear the backlog,” said the study’s lead author, Jonathan Irish, a surgeon at Toronto’s Princess Margaret Cancer Centre and professor of head and neck surgery at the University of Toronto. “But as we meet the subsequent waves of the virus, we have to be prepared … for continuing to provide service safely and responsibly in the background of COVID-19.”

In March, Ontario’s Ministry of Health directed hospitals to begin cancelling elective and non-emergency procedures. Since May, hospitals have gradually been resuming them. But catching up won’t be easy. Dr. Irish noted that many hospital staff face fatigue, particularly those returning from redeployment to help in long-term care facilities.

“We’re now asking those people who have worked incredibly hard during the course of the pandemic to work even harder, so the implications are not insignificant,” he said.

Dr. Irish said about 90 hospitals provide the vast majority of surgeries in the province.

The researchers then modelled what it would take to catch up. They estimated that with an increase in surgical capacity of 10 per cent, which translates to keeping 50 per cent of operating rooms open an extra day a week, it would take 84 weeks to clear the backlog for all surgery, and 14 weeks to clear the backlog for time-sensitive procedures, which include certain cancer and vascular operations, and transplants.

For patients, the prospect of surgical delays can be devastating.

Kelly Pattison, 56, of Hamilton, Ont., was told in July that her surgical team was months behind and had a line-up of patients ahead of her for hip replacements.

“To even think of that [backlog] was horrible. It took the light away from that end of the tunnel,” said Ms. Pattison, who has degenerative osteoarthritis. She noted that her condition had become worse since the initial visit with her orthopedic surgeon in January.

She took pain medication, and reluctantly started using a prescription opiate as well for the unrelenting burning and sharp bone-on-bone pain in her groin, pelvis and buttocks. Until she received her scheduled hip replacement last week, she was on tenterhooks, worried that a recent increase in the number of COVID-19 cases in Ontario would derail it.

Isla Horvath, executive director and chief executive officer of the Canadian Orthopaedic Foundation, said her charitable organization has been hearing from many patients whose operations have been postponed.

“We always talk about it being elective surgery, but orthopedic surgery is not elective in terms of choice. People can’t move, they can’t sleep,” she said, adding that, before the pandemic, waits were already long.

Ms. Horvath said as people wait even longer, the chance increases that they will need more opioids for their pain, and that their conditions might decline so much that they will get less benefit when they do have surgery.

As the provinces devote resources to tackling surgical backlogs, Erik Skarsgard, surgeon-in-chief at the British Columbia Children’s Hospital and member of the Pediatric Surgical Chiefs of Canada, said he hopes pediatric operations are not overlooked in the efforts to catch up. People under 18 represent only a small percentage of all Canadian patients who have surgery, and governments tend to dedicate resources to specific diseases and procedures, not all of which affect young people, he said. For example, children don’t typically need joint replacements or cataract operations, but may be on long waiting lists for scoliosis or ear, nose and throat surgery.

In a related commentary in the CMAJ, Dr. Skarsgard cited data showing an estimated 7,600 pediatric surgeries were postponed at Canadian children’s hospitals between mid-March and June.

To prevent even greater backlogs during potential future waves of COVID-19, Dr. Irish said health officials should be prepared to react quickly in response to outbreaks, postpone procedures regionally instead of shutting down provincewide, and ensure hospitals have enough personal protective equipment and continue to provide safe care. 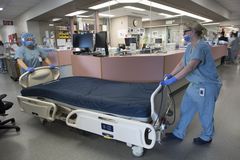 Provinces face big backlogs as they resume elective operations
May 8, 2020 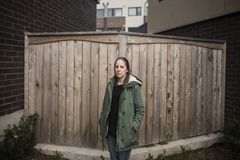 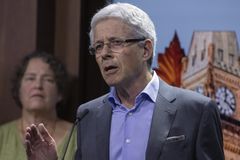