“Canada is not a sustainable water society,” said Corinne Schuster-Wallace, co-author of the report and a professor of water-related human health at the University of Saskatchewan. “We have challenges and they are going to get worse if we don’t do something about them.”

The GWF report, released Tuesday in Hamilton, points to the effects that climate change is having by warming traditionally cold freshwater bodies, citing more blooms of toxic blue-green algae – such as the 15,000-square-kilometre swath in Lake Winnipeg.

This, along with water basins such as the South Saskatchewan River that are increasingly stressed from water extraction in the summer and vanishing glaciers, has experts in the report calling for action.

According to Dr. Schuster-Wallace and Bob Sandford, another co-author of the report, one of the largest and most pressing challenges is outdated federal water policy.

The current policy addresses management of water resources and aims to balance water use with the ecosystem requirements from which it comes. Mr. Sandford and Dr. Schuster-Wallace said that hydrology in Canada has changed rapidly over the past few decades and the policy, last updated in 1987, needs to keep up.

“We’re seeing, with the warmer atmospheric conditions, more water vapour being transported – which is being translated into heavier rainfalls – and more extreme weather events,” said Mr. Sandford, the Epcor Chair in Water and Climate Security at the United Nations University Institute for Water, Environment and Health.

“We need to use this knowledge as a foundation for a new generation of national water policy.”

While an essential first step, she said, many First Nations communities don’t even have the necessary drinking water infrastructure, which is required to issue such advisories, leading to a concern that the extent of the issue is not completely known.

“Six Nations, for example, is 20 minutes down the road from where we’re having this Global Water Futures meeting [in Hamilton]. It only has two-thirds of its community on a distribution system,” said Dr. Schuster-Wallace. “The rest is on a system of wells.”

The authors of the report said water governance must include Indigenous leadership if no one is to be left behind.

But water policy isn’t the only factor that needs to be updated, they said. Aging infrastructure is also affecting the drinking water in urban centres.

Dr. Schuster-Wallace points to the investigation released two weeks ago that found high levels of lead in the tap water of Canadian homes in cities such as Montreal, Regina, Calgary, and Prince Rupert, B.C. The lead was found to be leeching from old pipes and plumbing delivering the water.

“In urban areas where we have these infrastructure problems, we’ve actually gone backwards,” she said. “People who thought they had access are now finding they don’t have access at all.”

Mr. Sandford said that while addressing these water concerns is urgent, there is an opportunity for governments to address multiple issues at a time.

“Water directly affects all of the other goals [of the United Nations]: food production, poverty, equality for women – right through to innovation and dealing with climate change," he said.

Investing in action now will be far less costly than trying to afford relief efforts from future disasters, he said. Canada’s Parliamentary Budget Officer reported that costs associated with reimbursing provinces and territories for natural disaster relief increased 660 per cent between 1970 and 2014, now with an annual cost of $410-million.

But Dr. Schuster-Wallace said much of what is deteriorating can’t be valued with a dollar sign.

“Our decreasing glaciers are acting like a chequing account rather than a savings account,” she said. “So if we’re approaching water stress in some of these basins now and do nothing, well, then let’s see what happens in 20 years.” 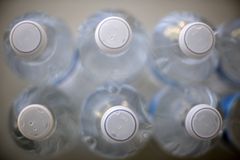 Saskatoon hospital’s brown tap water cause for concern at health authority
Subscriber content
November 8, 2019
High lead levels found in drinking water of major Canadian cities
November 4, 2019
Follow us on Twitter @globeandmail Opens in a new window
Report an error Editorial code of conduct
Due to technical reasons, we have temporarily removed commenting from our articles. We hope to have this fixed soon. Thank you for your patience. If you are looking to give feedback on our new site, please send it along to feedback@globeandmail.com. If you want to write a letter to the editor, please forward to letters@globeandmail.com.
Comments