Ontario’s medical watchdog has withdrawn sexual abuse allegations against a former prominent family doctor and patriarch of the famous Thicke family accused of mistreating multiple patients over a span of 40 years.

Brian Thicke pleaded “no contest” to the less serious offence of disgraceful, dishonourable or unprofessional conduct before a discipline panel on Tuesday – meaning he did not contest the facts, but also did not admit guilt. The 90-year-old doctor also agreed to never reapply to practise medicine in Ontario or any other jurisdiction.

A total of 15 women complained to the College of Physicians and Surgeons of Ontario that Dr. Thicke sexually abused them. The long-time doctor, father of the late actor Alan Thicke and grandfather of singer Robin Thicke, was accused of activities ranging from calling a teenage patient a “fat ass" to groping patients’ breasts and placing a patient’s hand on his erect penis while making sexual comments.

Dr. Thicke treated patients at Peel Village Medical in Brampton, Ont., for just over five decades and held hospital privileges at William Osler Health System. He has not practised medicine since January, 2018, when the College imposed restrictions on his licence, including not permitting him to see patients without a nurse or other health professional present.

“The panel is appalled by your actions and finds them deeply repugnant,” panel chair Dr. James Watters told Dr. Thicke. “The panel deeply regrets that you were able to continue with this reprehensible behaviour for so many decades.”

Many of the women are upset that the College did not take action against Dr. Thicke years ago – it dismissed a complaint against him in 1994 and a second one in 2015. They said how the College handled the allegations raises new questions about whether the regulator is equipped to investigate sexual-abuse complaints.

A Globe and Mail investigation earlier this year found that the College dropped sexual-abuse allegations and reached settlements with one in four doctors accused of sexual abuse over a six-year period.

Lisa Fruitman, identified as Patient A in the statement of uncontested facts, said all of the women who came forward made similar complaints of sexual acts and yet the College allowed Dr. Thicke to plead no contest to less serious misconduct. “The system is broken,” she told reporters after the hearing. (Ms. Fruitman is one of three women who successfully asked the College to lift a publication ban on their names.)

Other women who also lodged complaints against Dr. Thicke vented their frustrations during the hearing, as Dr. Watters was reprimanding him. “This is how we get to remember you, you creepy old bastard,” shouted Miryana Golubovich. She was 25 in 2005 when Dr. Thicke allegedly groped her breast during a medical exam.

The College’s dismissal of the two earlier complaints would never have been publicly known had the Health Professions Appeal and Review Board (HPARB), a civilian body that makes its decisions public, not ordered the College to reconsider its decision. The review board found in September, 2017, that the College’s decision to take no further action on a complaint was “unreasonable.”

Ms. Fruitman was surprised and asked why a breast exam was necessary. Dr. Thicke asked whether she was questioning his judgement, according to the statement of uncontested facts. In her victim impact statement filed with the College, the 53-year-old says, “What happened to me over 25 years ago has not gone away and the pain of it will never go away.”

After Ms. Fruitman’s complaint became public, other women came forward alleging they were also groped by Dr. Thicke, including Cheryl Thorpe, a registered nurse who worked at the same hospital in Brampton as Dr. Thicke in the late 1970s. During one of her shifts in obstetrics in 1977, she was alone in the nursery bottle feeding a baby. Dr. Thicke unexpectedly approached her and while standing in front of her, he slid his hand into her uniform and grabbed and squeezed her left breast, says the statement of uncontested facts.

Ms. Thorpe, who was 23 at the time, said in an e-mail exchange with The Globe from her home in Victoria that she came forward because part of her obligation as a nurse is to protect patients.

“My feeling of betrayal and bitter disappointment revolves largely around the fact that the College is in large part abandoning the complainants in its refusal to publicly acknowledge sexual abuse once again,” she said. “Allowing [Dr. Thicke] to plead to a lesser charge is reprehensible and egregious.” 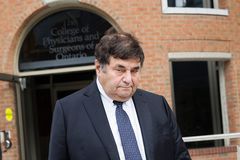 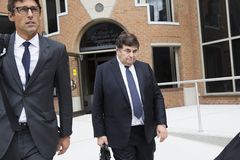 Investigation
‘The College does not care’: How the medical watchdog closed the door on sex-abuse complainants
May 25, 2019 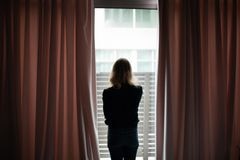