Health officials in Saskatchewan say a sudden increase in COVID-19 cases is partly because of communal living arrangements and increased access to test for the disease in the province’s Hutterite colonies.

The province reported nearly 60 new infections in the past three days, after several weeks of adding just a handful of cases every day. While the province hasn’t identified the specific communities where those infections were found, the government said this week that it is working with the Hutterian Safety Council to address the situation.

Scott Livingstone, chief executive officer of the Saskatchewan Health Authority, said his agency has had increased access to the insular rural communities.

“We’ve been invited onto those communities, and that’s why you’re seeing those case numbers come up because we’re actually going in there and doing active case-finding and talking to folks about what we need to do to keep them safe,” Mr. Livingstone said during a news conference on Tuesday.

Saskatchewan announced 54 new cases on Sunday and Monday – the largest two-day total since May 4 and 5. Another five cases were announced on Tuesday.

Saskatchewan Chief Medical Health Officer Saqib Shahab did not say where specifically those cases were found. The province reports the locations of cases differently than most, breaking cases into six large regions rather than cities or neighbourhoods.

A day earlier, the province said in an news release that the Ministry of Health and the Saskatchewan Health Authority are working together with the Hutterian council to address the situation. The release also listed 11 rural municipalities as having cases, including Maple Creek.

Hutterite colonies came under increased scrutiny after the health authority announced a coronavirus outbreak on June 17 at two communities in Maple Creek, and that other incidences linked to interprovincial travel were under investigation. In the following weeks, Saskatchewan and Alberta announced joint efforts to increase testing and contact tracing as community gatherings were linked to transmission.

Five days after the outbreak, the authority and the Hutterian council, which includes Hutterite spiritual leaders, educators, volunteer firefighters, safety instructors and first medical responders, released a joint letter saying they plan to work together to help Hutterite colonies adapt to physical-distancing measures. The letter added, “In the spirit of openness, the HSC wishes to acknowledge that there have been challenges getting some Hutterite communities to implement adequate COVID-19 protocols and to abide by the public-health orders.”

The council did not respond to requests for further comment.

A jump in cases in the County of Warner in southern Alberta in early June caused concern that the virus spread from the nearby Spring Valley Hutterite Colony after a funeral for three members and teenage cousins who went missing in June after a boating accident.

But Saskatchewan has “not found any links to that event,” Dr. Shahab said.

Dr. Shahab said some rural communities believe they are more insulated from the pandemic, but that Hutterite communities have been co-operative in learning about and adopting protective measures.

“If you have a communal living setting, there are challenges because the way of life is that you pray together and eat together,” Dr. Shahab said. “It takes some organization to sort that out.”

Hutterites, who share Anabaptist roots with Mennonites and Amish people, live and work collectively on the Prairies and in some U.S. Northwestern states. There are 370 Hutterite colonies in Canada, playing host to 35,010 people, according to the 2016 census.

Some Hutterite traditions, such as communal dining halls, make them vulnerable to outbreaks. The Hutterian Safety Council issued guidelines on dining, worshipping and traveling, as well other issues tied to COVID-19, but leadership varies from colony to colony, which influences the degree to which an outpost will embrace public-health measures, according to Judith Kulig, a former professor at the University of Lethbridge’s faculty of health sciences.

“The belief is that they have the wisdom and the experience and the relationship with God to help their people make the right decisions on how they act and how they are,” she said, adding, for example, that some colonies support vaccination while others do not.

An event like a funeral, such as the one in Spring Valley, will result in Hutterites choosing faith and tradition over government guidelines, she said.

”It is more important to support one another, be with one another … rather than think about: ‘I have to be six feet from you,‘” she said. “It supersedes the direction that we are to follow public-health guidelines in the face of a pandemic.” 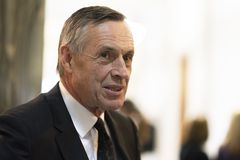 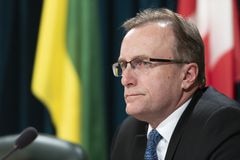 Follow Stefanie Marotta and Carrie Tait on Twitter @StefanieMarotta @CarrieTait
Report an error Editorial code of conduct
Due to technical reasons, we have temporarily removed commenting from our articles. We hope to have this fixed soon. Thank you for your patience. If you are looking to give feedback on our new site, please send it along to feedback@globeandmail.com. If you want to write a letter to the editor, please forward to letters@globeandmail.com.
Comments