The four stately clocks were six feet in diameter and perched on each side of the tower at Fire Hall #9 on Ossington Avenue.

Then, at least five decades ago when the fire hall was decommissioned, the clocks had disappeared.

The search for the clocks is now being pursued by Ossington community organizations with the help of municipal departments, following a city council motion that also asked staff to come up with a plan for restoring the exterior of Toronto’s oldest surviving fire hall. The groups will also explore options for converting the 20-spot city parking lot next to the building at 16 Ossington Ave., into a public space.

“It’s still a municipal mystery,” said Meg Marshall, manager of the Ossington Business Improvement Area. “No one can seem to find anything … if it’s hiding in someone’s basement, if it’s part of some museum offshore, who knows?”

The clock tower was once a distinctive architectural feature of the Ossington strip, where Fire Hall #9 was erected in 1878 – an era when rescue crews rode horses and used steam-pumper fire engines to put out flames.

Now, 141 years since it opened, the brick building has been coated over with grey paint, its tower barren of the timepieces that made it an iconic part of the neighbourhood.

“Just having the building restored to its former glory would be a great visual marker for the area and a reminder of the history and style of the neighbourhood as it was originally,” said Benj Hellie, a member of the Ossington Community Association and University of Toronto philosophy professor.

His best guess is that the clocks were a victim of the scrap commodities market. There is no official record of when or why the clocks were removed. But if the group is successful in hunting down the missing clocks, the plan is to include them in an exterior revitalization of the heritage building and its grounds.

City planning, transportation services and archives are among the municipal departments that will be assisting the community groups, following Councillor Joe Cressy’s July motion, which passed in council. Mr. Cressy, of Ward 10 Spadina-Fort York, said he expects staff will report on opportunities for revitalizing the parking lot in early 2020.

He underscored that the project focuses on restoring the exterior of the building, which is currently being leased by the University Health Network as a 24-hour men’s withdrawal-management centre.

“Frankly, I think it speaks to a level of inclusion and a welcoming spirit within our downtown communities that people are upfront … to say we’re going to do this work to help anchor our street, animate our street and beautify our street, and under no circumstances are we prepared to lose vital harm-reduction services,” Mr. Cressy said.

“You can’t say the same in all neighbourhoods.”

Although the Toronto Fire Historical Society, created in 2018, does not currently have a home, president Matthew Harper echoed the councillor’s thoughts on retaining the building as a treatment centre.

“Nobody wants to remove the services that are there, because they’re a very important part of the neighbourhood,” Mr. Harper, a fire investigator, said.

The Society catalogues artifacts such as old fire helmets, uniforms and equipment in a push to preserve the history and tradition of Toronto firefighters, he said, and are helping as needed with the search.

Prior to Mr. Cressy’s motion, the community groups had tried to track down the clocks, to no avail, and are hoping that formalizing the search with the city’s involvement may turn up better leads. Rumours circulated a few years ago that the timepieces were collecting dust in a Liberty Village municipal storage facility, but they were dispelled in June, and there are no other clues yet as to where they could be.

In anticipation of finding replacements, Mr. Hellie, of the Ossington Community Association, has put in calls to a handful of North American institutional clock manufacturers. Some quoted him between $25,000 and $70,000 for a set of clocks with the same six-foot diameter, this time made of laser-cut aluminum.

“You cannot believe how popular clock towers are,” he said. 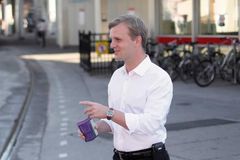 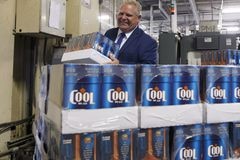 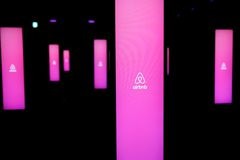