Many patients experience mental fog or difficulty concentrating after they are treated in hospital intensive care units, even when their illnesses or injuries are not brain related. And according to the authors of a new study, these cognitive problems are more common than previously thought.

The study, led by researchers at the University of Western Ontario’s Schulich School of Medicine and Dentistry and the Brain and Mind Institute, used an online tool to assess the cognitive abilities of patients leaving the intensive care unit (ICU). Of the 20 patients the researchers assessed, all exhibited some impairment in areas such as memory, attention and decision-making.

“Every single patient had deficits. I mean, this is jaw-dropping really,” says co-author Adrian Owen, a professor of cognitive neuroscience and imaging at Western.

Although doctors and researchers have long known that some patients report having trouble focusing or thinking clearly after recovering from a critical illness or injury, “these things have been incredibly hard to pin down,” Dr. Owen says. “[Hospitals] are concerned with getting people out the door alive. And if you’re alive, that’s a good result. But I think now, we’re in a position to work for an even better result.”

The study, published on Friday in the journal PLOS One, demonstrated the feasibility of using an online assessment tool called the Cambridge Brain Sciences battery to detect cognitive problems in ICU patients. The researchers say they believe this tool, originally developed by Dr. Owen to study people’s cognitive abilities outside of a lab setting, will allow them to better understand why these symptoms occur, and how to prevent and treat them.

Currently, patients with non-brain related critical injuries or illnesses, such as pneumonia or sepsis, may receive medication and physical rehabilitation after leaving the ICU, but they are not typically assessed or treated for any cognitive deficits, says co-author Marat Slessarev, a critical care physician and assistant professor in the department of medicine at Western.

Standard neurocognitive assessments, which are administered by specially trained staff, are time-consuming, and require patients to complete them in the hospital or a testing centre, he explains. But since the online Cambridge Brain Sciences tool can be self-administered by patients at home within about 20 minutes, it can allow doctors to easily and frequently monitor their progress.

The tool involves completing a series of game-like tasks, such as searching for tokens hidden under multiple boxes that appear on the screen. Because these tasks are designed to detect which domain of brain function is impaired – whether it is attention or executive function, for example – the tool may be helpful in determining what the type of treatment or cognitive rehabilitation may work best for individual patients, Dr. Slessarev says.

He says this information may also help doctors and researchers identify the causes of patients’ cognitive symptoms. For instance, they may learn that impaired executive function may be associated with high carbon dioxide levels in patients’ bodies while they were in ICU.

Cognitive problems are among a cluster of symptoms, including anxiety and depression, that comprise post-ICU syndrome, says Elizabeth Wilcox, a clinical investigator at Toronto’s Krembil Brain Institute, who was not involved in the study.

“It’s a big problem,” says Dr. Wilcox, who is also an intensivist at Toronto Western Hospital’s ICU. “Unfortunately, we don’t really know a lot … [about] how the brain is changing to give rise to these symptoms of this kind of extended delirium or acute brain dysfunction.”

Dr. Wilcox has been studying the various factors that may contribute to post-ICU syndrome, including patients’ sleep-wake cycles, inflammation and genetic risks. “There’s a lot of associated risk factors, some that are patient-related and some that are ICU-related, but we don’t know the actual mechanisms of injury, specifically,” she says.

However, she says, there are efforts, including by the international non-profit Society of Critical Care Medicine, of which she is a member, to improve the health outcomes patients after they are discharged from ICU, and to better assess post-ICU syndrome.

“There’s not a standardized follow-up program right now, but we’re working on it,” she says.

Sleep study finds we need 7 to 8 hours, but many aren’t clocking in enough
October 9, 2018 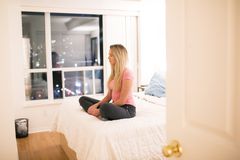 The man inside: A wounded policeman’s life on the frontier of consciousness
August 18, 2018 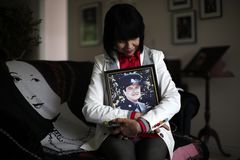 Excerpt: In Adrian Owen’s new book, grey-zone science is pushed to the next level
June 15, 2017
Follow Wency Leung on Twitter @wencyleung
Report an error Editorial code of conduct
Due to technical reasons, we have temporarily removed commenting from our articles. We hope to have this fixed soon. Thank you for your patience. If you are looking to give feedback on our new site, please send it along to feedback@globeandmail.com. If you want to write a letter to the editor, please forward to letters@globeandmail.com.
Comments