As federal government officials began working to reunite a pair of traumatized Syrian immigrants with family living overseas, the condition of a father who was severely burned while trying to rescue his seven children from a fatal Halifax house fire improved Thursday.

Ebraheim Barho, 39, remained unconscious in a medically induced coma but was upgraded to “critical but stable condition” in hospital, according to Natalie Horne, vice-president of a citizens’ group that helped Mr. Barho and his family immigrate to the region in 2017.

Ms. Horne and other members of the group remain close with the family and have kept a vigil at the Halifax hospital that Mr. Barho and his wife, Kawthar, were taken to early Tuesday morning. Mr. Barho has been fighting for his life from injuries sustained when he ran back into the burning, three-bedroom rental home to try to retrieve his children.

Ms. Barho, 30, who was restrained during the fire by neighbours determined to keep her safe, has been discharged. But she remains at the hospital with her husband.

“She doesn’t have any injuries, aside from her heart,” said her friend Norma MacIntyre.

All seven of the couple’s children – Abdullah, Rana, Hala, Ola, Mohamad, Rola and Ahmad, ranging from four months to 14 years old – perished in the fire. They have no other family in Canada.

“We are looking at what can be done within our system to give this family a little solace in a time of unbelievable tragedy,” Prime Minister Justin Trudeau said on Thursday.

Funeral plans for the Barho children have been tentatively set for Saturday although a medical examiner’s investigation into their causes of death continues. Ms. Horne said hopes are high that some family members from overseas will arrive to support Ms. Barho ahead of the service.

Ms. Barho has told her friends, including Ms. Horne, that she believes the fire may have started with a baseboard heater, which was located behind a couch in the family’s open-concept room. Ms. Barho came across the fire shortly after midnight on Tuesday when she got out of bed to get milk for her baby. She yelled for her husband, who began trying in vain to rescue the children while the fire ate into the upstairs bedrooms.

The status of smoke detectors at 33 Quartz Drive is not clear.

The Globe and Mail has made repeated but unsuccessful attempts to contact the owner and builders of the home since Tuesday.

Jim Kehoe, a prominent Cape Breton businessman and developer, is listed on title documents as the property’s owner. As of Wednesday, the house was listed for rent as of March 1 at $1,500 a month by Picket Fence Homes, a well-known Halifax homebuilder and one of the companies Mr. Kehoe co-owns.

Multiple calls and messages sent to Picket Fence employees, including principal Robert Kraitzek, were not returned.

Two pieces of legislation govern fire safety requirements in Nova Scotia. The province’s Fire Safety Act requires smoke alarms on every story with a bedroom – although none on floors with no bedrooms – although building codes require newly built houses to have smoke alarms on every floor and in each bedroom, said Matt Covey, division chief of fire prevention for Halifax Regional Fire.

Mr. Covey said final building inspections that include fire safety checks are conducted on all new homes before occupancy is granted.

Erin DiCarlo, a spokesperson for the municipality of Halifax, confirmed that occupancy permits are not granted in Halifax until required inspections are complete. However, she said she could not answer questions about whether inspections were completed on the Barhos’s rental house.

Halifax at a loss after seven children killed in house fire
February 21, 2019 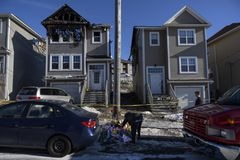 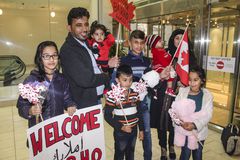