An officer has been suspended in relation to an online video that appears to show him roughing up a man in a town west of Toronto, but the local police chief says he has no choice but to leave him on the payroll until the appropriate processes play out.

The roughly 45-second clip was posted by popular Toronto-focused Instagram account 6ixbuzztv on Saturday. The footage shows a uniformed officer repeatedly shoving a man, at one point knocking him over onto the sidewalk, and throwing a bag at him while three police colleagues stand nearby.

Tanner said he disciplined the officer who made physical contact with the man “immediately” upon learning of the incident.

But in response to calls for further punishment, the police chief said his hands were tied.

Under Ontario’s Police Services Act, Tanner said he had no choice but to suspend the officer with pay. He said police chiefs and boards have long called for the option of being able to suspend officers’ salaries while they are removed from their duties.

“I fully understand the concerns voiced by our residents about this incident. And through emails, voice mails and social media comments since yesterday, I recognize that many have demanded the immediate firing of the individual involved,” Tanner said in a statement.

“The reality is that we must ensure that we conduct a full and fair investigation, as always, and pursue charges as appropriate.”

In such incidents, Tanner said, an officer can face both criminal and professional consequences, but these “parallel processes” require time and investigation.

“This understandably leads to frustration for many involved in the system and for those watching the process through the lens of the public,” he said.

“We know the video shows actions that erode your trust in us. As your Chief of Police, I can assure you that this matter will be dealt with appropriately and as swiftly as possible.”

Oakville Mayor Rob Burton says he’s dismayed by the “unprofessional and undisciplined behaviour” demonstrated by all four officers involved in the incident.

“We have standards for the use of force and we have a duty of care, a duty to intervene,” he said.

“There was no apparent effort by the observing officers to stop the pushing and shoving of the young man.”

Burton noted that because the video doesn’t include audio, it’s unclear whether any of the bystanding officers spoke up during the altercation.

The mayor said he’s waiting on the findings of the police investigation before drawing conclusions about what happened.

But as protests against police brutality and systemic racism roil Canada and the U.S., Burton said he’s not concerned about a broader problem of excessive use of force.

“If you think about what racism is, and everything that’s wrong with society, doesn’t it sometimes seem like leaping to sweeping generalizations based on one example might be at the root of a lot of our problems?”

Ontario’s police watchdog is investigating the death of a 62-year-old man in a Saturday police shooting in Mississauga, about 20 kilometres north of Oakville. 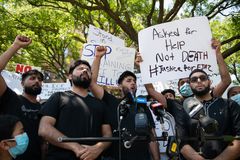 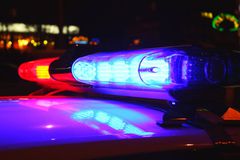 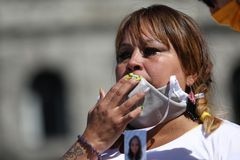