Paul Taylor offers words of encouragement through a black mask at Winnipeg’s Brickhouse Gym, a large, industrial-looking space, sprinkled with equally masked clients clutching bottles of disinfectant as they move from one workout station to the next.

“Stay low, keep going, you got it!” shouts the gym owner, pausing only to glance at the dark clouds gathering outside. If the skies clear, he’ll lead an outdoor boot camp later in the day – one of the few fitness classes he can offer under current COVID-19 restrictions.

But with coronavirus cases soaring in Winnipeg, testing capacity strained and Manitoba’s infamous winter approaching, even tighter restrictions aren’t off the table.

“The idea of another lockdown sounds horrific to me,” said Mr. Taylor. “I really don’t know what we’d do.”

Manitoba’s upward COVID-19 trajectory is now one of Canada’s steepest, fuelled by cases in the province’s capital. With an average 4.4 per cent of virus tests in Winnipeg coming back positive, double the national average and a warning sign of spread, Manitoba Chief Public Health Officer Brent Roussin said he is running out of “targeted interventions” to slow transmission of the disease.

Coronavirus made a late arrival in Manitoba. In July, the province went nearly two weeks without recording a single positive test result. At one point that month, there was just one active case in the entire province. Now, new records are being set nearly every day. Winnipeg reported 114 new cases on Wednesday alone.

As for what’s caused the dramatic uptick, Dr. Roussin pointed the finger at “prolonged, close contact” between individuals from different households, but he remained vague about where this contact is occurring. Last week, the province moved last call in Winnipeg to 10 p.m., and city bars and restaurants must now close by 11 p.m.

The week prior, the province made masks mandatory in Winnipeg indoor settings for the first time since the pandemic began, as the city moved into the “orange,” or restricted, level of the province’s pandemic response system.

Manitoba’s top doctor said the province’s ability to contact trace has also been “strained” in recent days by complex cases, some involving individuals who visited “multiple venues” while symptomatic. A COVID-19 outbreak has also been declared at Headingley Correctional Centre, just west of Winnipeg, where 150 people are in self-isolation after seven inmates and two staff members tested positive.

Infections are on the rise at local long-term care homes as well, including Parkview Place in downtown Winnipeg, which has reported seven deaths and 74 cases of COVID-19. To date, 37 Manitobans have died as a result of the novel coronavirus and its resulting COVID-19.

As case numbers grow, so too does frustration with testing capacity.

Manitoba Premier Brian Pallister said this month he was “not satisfied” with testing capacity in the province and announced six more testing sites, including two in Winnipeg.

Bob Moroz, president of the Manitoba Association of Health Care Professionals, said “more testing sites are great, but they don’t do much good if the [lab] capacity isn’t there to handle the increased number of tests coming in.”

It took two days for Lucy Pavez and her elderly mother to get tested at a newly opened walk-up site in Winnipeg’s West End. After being turned away, they returned the next day hours before the site opened, just to get a number for a different queue.

“Thank God I had a car – it was raining,” she said. “But to get tested in the winter, without a car, it would be terrible.”

Damon Johnson is a board member with Circle of Life Thunderbird House, which offered Indigenous programming prior to the pandemic. Today it’s a walk-up COVID-19 test site.

Mr. Johnson said lines at the test site seem shorter this week than last, but he doesn’t know if it’s because of faster turnarounds, more test sites or fewer people seeking testing. “What we’ve been talking about today is actually winter and how that will work,” he said.

The province announced it will move to an appointment-based testing system in the coming weeks, but few details have been provided. Dr. Roussin said he hopes the new system, once implemented, will shorten wait times, preventing long lines at walk-up test sites during Winnipeg’s notoriously cold winter weather.

NDP health critic Uzoma Asagwara doesn’t understand why cold weather testing wasn’t addressed weeks, if not months, ago. “Being October, we could see snow, we know this in Manitoba, at any point, we could see temperatures drop dramatically any time and to not have a clearly outlined strategy in place by this point is unacceptable,” they said.

Ms. Pavez would like to see large, underused buildings such as the RBC Convention Centre Winnipeg considered for indoor COVID-19 test sites.

Meanwhile, Winnipeg’s bar and restaurant owners are preparing for the change of seasons. For the first time, the city is allowing their outdoor patios to remain open year-round. Outdoor heaters are now sold out at most stores across the city.

At Brickhouse Gym, Mr. Taylor is still hopeful that a further lockdown can be avoided and noted there are limits to what his business and others can accomplish by looking to the outdoors.

“With Winnipeg winters you get to a certain point where you can bundle up as much as you want," he said, "but if you stand outside long enough, you will die.” 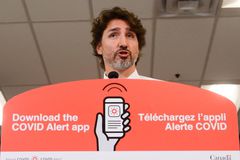 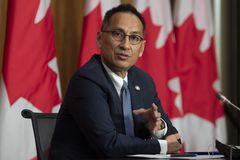