Anne Wang, alone in her room, danced Zumba to a YouTube video, and chatted online with friends and family. Mike Ma, from Regina, found a way to perform pull-ups using the edge of his desk, with his feet propped on his bed. Ottawa University engineering professor Christopher Lan, who is sharing a room with his wife and 30-year-old son, marched in place, trying to reach 20,000 steps, which is double his usual daily goal.

Two days of quarantine down as of Sunday, 12 more to go.

For the Canadians flown home from Wuhan, the epicentre of the novel coronavirus, this will be life for the next two weeks at Canadian Forces Base Trenton.

There are now 215 people, including a number of children, being housed at the Ontario air base. They are staying in one of three buildings at the Yukon Lodge complex, which is typically used for short-term stays by military personnel and their families.

Their meals are delivered with a knock at the door to minimize contact. Unable to visit in each other’s rooms, a group of about 140 temporary residents sporadically swapped news, compared chicken dinners or played a puzzle game on the messaging app, WeChat. Half a dozen used video chat to hold a Sunday morning prayer.

In the parking lots in front of the buildings, they can take up to four one-hour walks a day inside a boundary marked by orange fencing and closed to the public.

Many of them have connected on social media over their shared experience, but Prof. Lan said that during outside walks, they keep their distance just to be safe. Since everyone is wearing masks, he said that he wouldn’t recognize most people from the WeChat conversations anyway.

They will be joined as early as Tuesday by another group of Canadians, being flown by the government out of the city of Wuhan, whose 11 million residents have been under a lockdown since the Chinese government began sealing its borders on Jan. 23.

Like many of those confined on the base, Wang Caoyang expressed gratitude for finally getting home, and praised the care they are getting, including how quickly her first hot meal of chicken and potatoes arrived at her room. Her relief is deflated with worry, however. While her quarantine has a timeline, her husband stayed behind in Wuhan to care for his elderly parents, with no end to the city’s lockdown in sight.

As of this weekend, the virus had infected at least 40,000 people in the country, and caused more than 900 deaths. Meanwhile, there have been 307 confirmed cases in 24 other countries, according to the World Health Organization, including seven cases in Canada.

On Sunday, Canada’s Chief Public Health Officer Theresa Tam announced the release from quarantine of the Canadian Armed Forces medical staff who had accompanied the travellers home, deeming them to not be at risk, because they did not spend time on the ground in China, and had worn protective gear when in contact with the passengers.

None of the travellers in quarantine have exhibited symptoms of the virus to date, but their time at CFB Trenton are the culmination of a stressful, and, sometimes uncertain, journey home from China.

Prof. Lan, travelling with his wife and adult son, had to drive more than four hours from Yidu, a city in western Hubei Province to reach the Wuhan Tianhe International Airport. They were just miles away when they learned the flight would be delayed another 21 hours.

That news put them, and other families, in a quandary, having to decide whether to wait it out in Wuhan or travel back to their original location. For the Lan family, driving back to Yidu was too complicated. They ended up sleeping in the car. Finally on Thursday afternoon, they joined the line for the flight ahead to Canada, to be checked in by airport staff in protective overalls, goggles and gloves.

But Prof. Lan says he didn’t really relax until he saw the Canadian medical staff checking temperatures. “When I saw them, I felt I was home.”

It was a common feeling: “We are so lucky," said Ann Wang, a retired software engineer who had gone home to see her parents for the Lunar New Year celebrations for the first time in 27 years. “I was so nervous when I was in China, now I can calm down.”

Along the way, the Canadians described more thoughtful touches. Vincent Ouyang, a Richmond, B.C., resident, who was able to get home on a second flight chartered by the U.S. government, said that on his connection to CFB Trenton, his seat contained a pillow and red bag decorated with maple leafs; inside were chocolates, a toothbrush and a note that said, “Welcome Home.” Now settled in at Trenton, he said he ready to work remotely, read and rest, for the next two weeks.

Now, Wang Caoyang said, she will spend her time watching TV and news, trying not to worry about the situation in Wuhan, and hoping that none of the Canadians who came home created any risks from the virus. “Hopefully, 14 days after, people can go home safe and sound.”

Coronavirus deaths in China reach 908, number of cases rise after prior decline
March 11, 2020 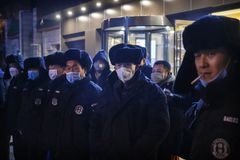 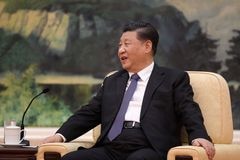 Follow Erin Anderssen and Xiao Xu on Twitter @ErinAnderssen @xiaoxuyvr
Report an error Editorial code of conduct
Due to technical reasons, we have temporarily removed commenting from our articles. We hope to have this fixed soon. Thank you for your patience. If you are looking to give feedback on our new site, please send it along to feedback@globeandmail.com. If you want to write a letter to the editor, please forward to letters@globeandmail.com.
Comments