Ash Mogg and her partner waited nearly a year on a list for provincially funded IVF in Ontario. Ms. Mogg, who is 36 and has a low egg reserve, was finally about to start the process in two weeks, but on Wednesday a nurse phoned with heartbreaking news. With all the uncertainty around COVID-19, the Toronto hospital was cancelling infertility treatments indefinitely.

“I cried for five hours," Ms. Mogg said. "This whole situation, with COVID, in some ways it has the same feeling as infertility. Everything is so uncertain … there’s nothing to hold onto.”

In the past few days, fertility clinics across Canada have been informing patients that new treatment cycles are being put on hold. They made the move after the Canadian Fertility and Andrology Society, which is not a regulatory body but provides guidance to the industry, issued a recommendation on Wednesday to postpone new insemination, in vitro fertilization and frozen embryo transfers until further notice, citing concerns about health-care resources. (The only exception would be for urgent cases involving cancer patients.)

Read also: IVF was my last hope to have a baby. All Canadians deserve that hope, too

The American Society for Reproductive Medicine released a similar advisory. And in Europe, the European Society of Human Reproduction and Embryology has cautioned that “all fertility patients considering or planning treatment … should avoid becoming pregnant at this time,” citing the lack of information around how the novel coronavirus that causes COVID-19 affects early pregnancy.

For all the jokes about a forthcoming COVID-19 baby boom – as couples around the world isolate in their homes – some health professionals are raising red flags about whether it’s wise to get pregnant amid the outbreak. This alarming warning is driven by concerns about the strain on an already stretched health-care system, a lack of data around how the virus affects the first and second trimesters, and unease about whether hospitals will have the capacity to provide proper care for pregnant women and newborns.

For people like Ms. Mogg, the idea of having to press pause on starting a family is yet another devastating layer to this crisis.

“When everything started shutting down, I kind of suspected something like this was going to happen, but it was still a blow,” she said. “Timing is obviously critical for me.”

Fiona Mattatall, a Calgary-based obstetrician and gynecologist, said given all of the uncertainty around COVID-19, she would suggest families consider delaying attempts at getting pregnant until more is known.

“This is only a virus we’ve known about for months, not years,” Dr. Mattatall said. “When it comes to the first-trimester exposure, it is a giant question mark.”

One good bit of news is that an analysis of amniotic fluid and cord blood from nine infected woman who delivered at Zhongnan Hospital of Wuhan University in China this year didn’t detect the virus.

“This is hopeful, early information that babies may be protected it the womb,” Dr. Mattatall said, adding it’s still too early to say for certain. (Researchers also determined the virus was not present in breast milk.)

As for the risk to mothers, reports from China suggest that the majority of pregnant woman with confirmed cases suffered just mild to moderate symptoms, and babies born to infected mothers have also done well.

Vanessa Poliquin, co-chair of the infectious disease committee of the Society of Obstetricians and Gynaecologists of Canada, said the absence of information isn’t necessarily a bad thing. The virus has been spreading around the world for months now. It’s conceivable, said Dr. Poliquin, that women are being infected while pregnant in their first trimester.

So far SOGC has not issued any warnings about delaying pregnancy, but the agency’s chief executive officer, Jennifer Blake, said it may be worth considering.

“The big unknown is how the pandemic will affect our health-care system and the ability to give routine pregnancy care. … For example, will you be able to get an ultrasound when and where you might normally expect,” she said. “If it’s an option you may want to wait. If that’s not an option, we will make sure you get the care you need.”

Tom Hannam, founder of Hannam Fertility in Toronto, said part of the problem is no one knows how long the outbreak will last.

“We’re looking at something that could be three months or seven months or a year and a half. None of us knows,” he said. “What’s it going to be like going to a hospital nine months from now? Is it going to be a healthy and safe birth experience?”

Some clues can be gleaned from other cities.

Edith Cheng, chief of maternal-fetal medicine at University of Washington hospital in Seattle, one of the early North American epicentres for the outbreak, said they’re currently trying to sort through complicated logistics.

At present, the hospital’s policy is that patients who are positive for COVID-19 cannot have guests. So an infected woman in labour would need to be alone.

“Just 12 hours ago … [our] pediatric leaders said we are now going to have to recommend, for sure, that [positive] moms and babies are separated … because of some limited and new data that reports that babies less than a year old are potentially at higher risk,” Dr. Cheng said.

Mothers are able to refuse this recommendation, but what happens at that point is still under discussion.

London is another city that’s experiencing a crush of new COVID-19 cases. “Last week, we had no cases at my hospital,“ said Rosemary Townsend, who works at a hospital in the city’s south end. “This week we have over 30 confirmed.”

Hours earlier, her unit delivered its first baby to a mother suspected of being COVID-19 positive. (The confirmation test is pending.)

In that case, the woman knew she was symptomatic and called in advance. An official met her and her partner in the parking lot and put masks on them. Usually women are moved to different parts of the maternity ward before and after delivery, but in this case the patient was in an isolated area.

Asked if she thinks families should postpone plans to try and get pregnant, Dr. Townsend said she just had this conversation with a friend who happens to work in health care.

“She’s 38. She decided that she doesn’t want to wait. The risk of waiting and delaying pregnancy is greater than the risk of getting pregnant in the middle of what’s going on,” Dr. Townsend said.

Amplify: Fertility funding in Canada is unfair – but these women are putting up a good fight
March 13, 2020 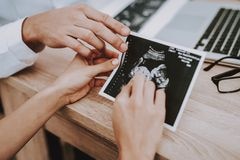 Changing the approach to fertility and sexual health
November 13, 2019 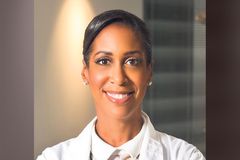 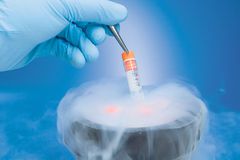 Coronavirus information
The Zero Canada Project provides resources to help you manage your health, your finances and your family life as Canada reopens.
Visit the hub
Follow Robyn Doolittle on Twitter @robyndoolittle
Report an error Editorial code of conduct
Due to technical reasons, we have temporarily removed commenting from our articles. We hope to have this fixed soon. Thank you for your patience. If you are looking to give feedback on our new site, please send it along to feedback@globeandmail.com. If you want to write a letter to the editor, please forward to letters@globeandmail.com.
Comments