The New Yorker published an article last November by staff writer Rebecca Mead on the growing popularity of podcasts. It began this way: “In 1936, Walter Benjamin, the German philosopher and cultural critic, published an essay titled The Storyteller. Ostensibly about the Russian writer Nikolai Leskov, Benjamin used the piece to analyze the meaning and function of storytelling.”

Hands up if you recognize something wrong with the second sentence. Yes, it’s that blight on the language, a dangling modifier. They’re everywhere these days, and it’s driving me up the wall.

I am no grammar pro. I went to school in the 1960s and 70s, when teachers in turtleneck sweaters said that what mattered was what you said, not how you said it. I couldn’t tell the difference between the indicative and the subjunctive to save my life, never mind tell you what the prepositional passive is.

I long ago stopped grinding my teeth when people say, “Hopefully, it will be nice out tomorrow.” I try not to tut-tut when they use “disinterested” to mean “uninterested.” The language evolves. When most folks say something “begs the question” these days, they mean “invites the question” not “assumes the question is already settled.” Fine. That is not something to go to war over.

The Cambridge Dictionary says a modifier is “a word or phrase that is used with another word or phrase to limit or add to its meaning. In ‘safety barrier,’ the ‘safety’ is the modifier.” The trouble comes when the modifier “is attached to the wrong subject or where the subject is missing in a sentence,” as the Grammarly website puts it. So you get something like: “While walking along the shore, the clumps of seaweed tripped me and I fell.” As Grammarly points out, that brings to mind marauding clumps of seaweed tripping up startled beach goers.

Language watchdogs have been barking for decades about the spread of “danglers,” as editors like to call them. They continue to spread all the same. They infect billboards, blogs, websites, newspapers and magazines. They can be heard on television and radio broadcasts.

I have been collecting them diligently – okay, obsessively – for several years. Every time I catch one, I get out my phone and take a picture or write it down. I have found them in British papers that claim to champion the Queen’s English. I hear them on our country’s public broadcaster all the time. I even found one on a historical plaque in Toronto referring to the 19th-century merchant and philanthropist Jesse Ketchum. “A Methodist and strong promoter of Christian ways, Temperance Street was named by Mr. Ketchum." Groan.

A nice feature by CBC News about a man who gives out socks to the homeless in Edmonton contained this classic. “Now retired, the socks and donations to buy them keep rolling in for Smith.” Most readers will have figured out that the sock man was retired, not the socks, but still.

My own dear newspaper is not immune to the epidemic. A piece on the early days of tennis at Wimbledon said: “Open only to men, players had to come equipped with their own rackets.”

Nor are deep-pocketed corporate giants that should be able to afford sharp editors. When the Loblaw supermarket chain opened a big new store in the renovated Maple Leaf Gardens, it proclaimed: “The first Loblaws store to feature a complete Ace Bakery, customers will get artisan breads made from scratch every day.”

As jaded as I am by my years of dangler hunting, I was shocked to see one show up in The New Yorker – The New Yorker, I tell you! If a mistake this obvious can find its way past the eagle-eyed editors and fact-checkers of that august journal, then the walls really must be coming down.

Its own “Comma Queen,” Mary Norris, an editor in the copy department for more than 30 years, devotes a longish passage to this annoying goof in her book about language. She says even the best writers often turn in sentences with danglers, insisting that they know what they mean and that readers will know, too.

But that’s the whole problem: readers often don’t. Even minor danglers can throw them off, if only for a second. In these days of fraying attention spans, that’s a fatal mistake. As my former Globe and Mail desk mate Paul Knox notes, the smallest hint of confusion can give the reader “a breach in time to check mail, get up and make a sandwich, shoot a cat video.” English, he says, is a subject-verb-object language. “If you’re unclear in your own mind about the relationship between these components, or if you muddy it for the reader, you’ve fried the motherboard.” When he was teaching journalism, he found that the dangling modifier was the most common grammar mistake he encountered.

I felt good about that for a bit. Then I turned on the TV. In an ad appearing on countless Canadian screens, a homeowner complained: “After a year on the market, we still hadn’t sold our house.” Another dangler. Heaving a sigh, I took out my phone and wrote it down. 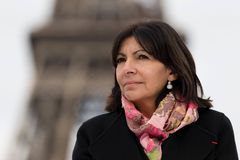 Should you correct colleagues’ grammar?
March 20, 2013 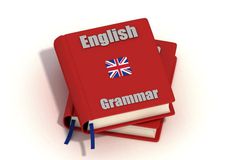 Should I complain when my child’s teachers make spelling and grammar mistakes?
January 17, 2013 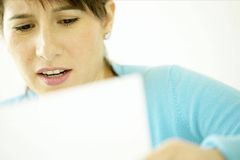