Alberta has cancelled classes in its public schools indefinitely in a bid to limit the spread of COVID-19, raising the spectre that other provinces would follow and students may not return to school until the next academic year.

The measures announced on Sunday evening, enacted for the first time in the known history of the province, is a departure from several others, including Ontario and Quebec, who have closed schools or suspended classes for two or three weeks.

"We are in unprecedented times,” Alberta’s Education Minister Adriana LaGrange said in a news conference, adding that this is being done to mitigate the spread of the virus.

“We are all in this together. Everyone agrees this is the right direction,” she said.

Students from kindergarten to Grade 12 are expected to stay home, the government said. However, they will receive a final mark and progress to their next grade level next year. Teachers and other school staff will still be expected to work, either from home or at their workplace to ensure students meet learning expectations, the government said, adding that decisions on how to do this are still being made.

The province also announced that daycares would be closed, and postsecondary classes are cancelled, but campuses would remain open.

The announcement was made a day after the province’s chief medical officer, Deena Hinshaw, said any school closings would need to last until September to be effective. The province said at least two cases identified in the past two days appear to have been acquired through community transmission from an unknown source.

“If we do make the decision to close schools, it will be considering long-term closure. This pandemic will not end in a matter of weeks and there won’t be a clear opportunity to reopen schools, likely not until September at the earliest,” Dr. Hinshaw said.

Ontario, Quebec, Manitoba, Prince Edward Island and New Brunswick have said in recent days that they are either closing schools or suspending classes for two to three weeks, mostly around spring break.

A spokeswoman for Ontario Education Minister Stephen Lecce said on Sunday that the decision to close schools for two weeks after March break was based on the advice of the province’s chief medical officer of health.

However, she added, those recommendations may change.

“We will continue to rely on the medical and scientific expert advice of Dr. [David] Williams. Should Dr. Williams recommend further steps to protect public health, we will take immediate action to ensure the safety of students and staff,” Alexandra Adamo said.

Although children have not been severely affected by COVID-19 in other parts of the world, they could play an important role in its spread.

“Evidence around the effectiveness of school closures as a means to mitigate spread indicates that closures need to go on for about eight to 12 weeks,” Dr. Hinshaw said on Saturday, adding: “I think we would be looking at closures until the end of the school year."

Earlier on Sunday, David Fisman, an epidemiologist at the University of Toronto’s Dalla Lana School of Public Health, said that Alberta’s assessment of keeping students out of school until September was on the right track.

“Our best guess is that Alberta is correct,” Dr. Fisman said. “But I think this is a rapidly changing situation and we are learning every day.”

He said that the best that can be done at the moment was to learn from places, such as Singapore, that have limited the spread.

“We need early strong social distancing. We can figure out duration once that buys us breathing room," Dr. Fisman said.

Opinion
Canada, here’s how we are going to survive this pandemic together
March 16, 2020 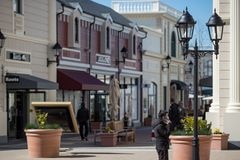