A major study from the United States suggesting an experimental drug could shorten COVID-19 recovery time is stirring up optimism, but Canadian infectious disease experts caution it’s too early to know how effective it is.

The U.S. National Institutes of Health revealed results Wednesday of a study on antiviral medication remdesivir, developed by the California-based company Gilead Sciences, which was tested on 1,063 COVID-19 patients sick enough to be hospitalized.

Officials said recovery in patients using the drug was shortened by 31 per cent – 11 days on average versus 15 days for those just given usual care.

But the data from the U.S. study still needs to be peer reviewed and published in a medical journal, says Dr. Gerald Evans, chair of Queen’s University’s infectious diseases division in Kingston, Ont.

“We really need to see the data on this particular study because the devil is in the details with these things,” Evans said.

“They’ve tantalized everybody with the idea that they’re reporting, and they’ve only analyzed half the patients that were in the trial. … So when we look at that (data), we’ll be able to see a lot more of what’s going on.

“But I’m like everybody else, I’m really hopeful and enthusiastic that there appears to be something that this drug might do.”

Remdesivir was being evaluated in at least seven major studies, said Dr. Anthony Fauci of the National Institutes of Health, with the one led by the NIH described as the strictest.

Results of the test are based on the first 460 patients from the 1,063 studied.

Dr. Ameeta Singh, an infection disease expert at the University of Alberta in Edmonton, says a nationwide clinical trial in Canada that hopes to test three antiviral drugs – including remdesivir – is awaiting approval.

She described the U.S. randomized-control trial as the “gold standard” for medical studies.

And while it’s only one test on a relatively small sample size, it does offer some optimism at a time when it’s perhaps most needed.

“I think everyone is excited that there’s even a signal that (the drug) could be helpful and potentially prevent severe illness in those most at risk for developing complications,” Singh said.

“It definitely looks like it can shorten the duration of the illness. What is unclear from the information is did it reduce the severity of the illness? I suspect it did but that wasn’t specifically stated.”

Ontario’s chief medical officer of health Dr. David Williams said his team is waiting to be advised by Canada’s clinicians and specialists about the drug’s potential.

“I understand the data is fairly new and of some limitations,” Williams said at a news conference Thursday.

“We are in B.C. and in Canada participating in a number of trials that include remdesivir. We need to continue the randomized control trials to have a better understanding of exactly how it works, how much and who it’s going to work best for,” Henry said at a news conference.

It’s also not certain from the partial results revealed if the drug is reducing deaths, both Evans and Singh pointed out, and no information was released about potential side effects.

Evans, who also chaired the Committee to Evaluate Drugs in Ontario for several years, said “safety signals” of new medications are more easily seen after they have been used to treat “thousands and thousands of people versus a few hundred within a clinical trial.”

“As a doctor who treats patients, I want to make sure I also don’t harm people,” Evans added. “What’s happened with some of the people in trials – have some of them had very bad side effects?”

Evans expects data from the study to be published within two weeks, a timeline he called “incredibly fast.”

An effective treatment for COVID-19 could have a drastic impact on society, especially if a vaccine is still a year or more away, by potentially allowing businesses to reopen and physical distancing measures to relax.

“If (remdesivir) works really well, then what it means is that the public and people who are infected can be less fearful of a bad outcome,” Evans said.

“But at least until we see more details, I don’t know if this drug is telling us that it could do that.”

Remdesivir is an antiviral drug aimed against RNA viruses like SARS-CoV-2, which causes COVID-19. It was originally created to treat Ebola, another RNA virus.

Evans said antiviral drugs work by interfering with the virus’s ability to replicate itself, meaning the amount of virus being produced by an infected cell would be “markedly reduced.”

The U.S. study only tested remdesivir in patients sick enough to be hospitalized, so Singh said its effectiveness on less severe cases remains unknown.

There are currently no drugs approved for treating the novel coronavirus, which has killed about 226,000 people worldwide since it emerged late last year in China.

U.S. government officials said Wednesday they would work to make remdesivir available to appropriate patients as quickly as possible.

But what does that mean for Canada?

First, Evans said, remdesivir would need to be approved by the national drug-governing body. Canada would also need to secure supply, something Evans believes could be difficult.

“What we see the Americans doing unfortunately is tending to hold onto everything themselves. So that’s where things get tricky,” Evans said. “I would suspect that Gilead would have to work on an industrial level of production of the drug, and how much they produce will also tell us how much we could get up here in Canada.”

Gilead said it was ramping up production and aims to have more than 140,000 treatment courses by the end of May, more than 500,000 by October and more than 1 million by December.

Singh expects the validation process for a drug like remdesivir to move more swiftly than usual, given the pandemic circumstances, but she said approval for the Canada-wide clinical trial could still be weeks away.

There’s also concern of a global shortage of remdesivir, but Singh is hopeful Canada would be able to secure some.

“Eventually we’ll need to have a lot more data from clinical trials like this, and those trials are ongoing,” Singh said, noting a recent smaller study in China that showed no benefit to remdesivir.

Evans agrees there’s much to be seen about how effective the drug can be.

“I would say we don’t know if it’s a game-changer, and we’re not going to know more until we see the data in print,” he said. “Until that time, I think it’s reasonable to be optimistic, but people have to recognize this is not a cure all.” 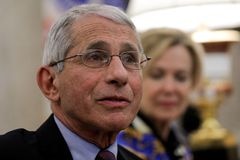 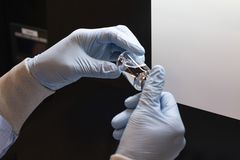