Police have charged a husband and wife from Brampton, Ont., with fraud, money laundering and property offences in connection with a global telemarketing scam in which victims are threatened with immediate arrest by the Canada Revenue Agency unless they pay up.

Detectives with the RCMP’s Ontario financial-crime unit detailed the allegations on Friday and said the Canadian prosecution will be the first of its kind. They said international police partners have also dealt some serious blows against the scam’s masterminds in India.

More than $17-million has been taken from Canadians over the past five years, according to the RCMP. Fewer people are falling prey to the scam because of greater awareness, but victims are unlikely to get their money back.

Here’s how the scam works: First, a person in an English-speaking country receives an alarming phone call in which an automated voice claims to speak for the national tax agency and threatens the victim with arrest unless an outstanding tax bill is paid.

If the robocall is returned, the caller speaks to an actual person, usually based in India, who counsels on specific forms of payment – wire transfers, cash cards or even bundles of bills delivered to local agents.

It’s alleged the couple charged in Brampton were the latter. Police allege they are go-betweens who would accept payments from Toronto-area victims, and then take a cut of the money, before routing funds to the scammers based in India.

“RCMP investigators have uncovered money ‘mules,’ or money mule managers, operating in Canada who assist with laundering of funds obtained through the CRA scam and other scams,” RCMP Inspector Jim Ogden told reporters.

Saying such suspects operate in several provinces, he added their role is “to receive packages that contained Canadian cash and then forward the packages of that cash [to India] as instructed."

Police have issued an arrest warrant for a third man.

The RCMP say their investigation will continue and they will work with federal immigration authorities to try to deport non-citizens linked to the scheme if criminal prosecutions are not viable. (Deportation cases often require less evidence to prove than criminal ones.)

In recent months, authorities in India have arrested dozens of telemarketers alleged to be associated with the scheme. One of the reputed originators of the scheme, an Indian national extradited by Singapore, recently pleaded guilty in U.S. court.

Posted to India until recently, Cpl. Ismail explained that racketeers in that country often hire trained telemarketers when they are let go by global corporations.

“The India telemarketing industry is large – 10 million people,” he said. “But as you know the economy of any country goes up and down, so several of these individuals are out of a job … and unfortunately they do rely on criminality to advance their financial gains.”

News of the bust by RCMP Ontario financial-crime detectives comes as their standalone unit is being merged with an overarching organized-crime squad.

But “we are not stopping financial-crime investigation within Ontario,” said RCMP Superintendent Don Halina. He said the restructuring should pay a dividend. “We’re looking for mechanisms to improve our way of doing business … If anything we hope to become even better at doing it.” 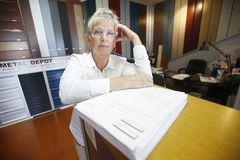