Indigenous people who say they lost their culture and suffered physical and sexual abuse at government-funded day schools are calling for compensation in a Canada-wide lawsuit that has been certified as a class action.

First Nations, Métis and Inuit people who were forced, as children, to attend these schools say they suffered atrocities similar to those who went to residential schools. The Indian Residential Schools Settlement Agreement, the largest class-action settlement in Canadian history, has paid more than a total of $5-billion to residential school survivors.

Various attempts have been made over the years to obtain similar compensation for those who attended the day schools, which Indigenous children who were not part of the residential-school system were legally required to attend starting in 1920.

On June 21, Justice Michael Phelan of the Federal Court agreed that a class-action suit filed with the court on behalf of the day-school students could proceed.

“They suffered exactly the same kinds of abuses – sexual abuse, physical abuse, psychological abuse, the language and culture deprivation, and denigration,” said Mr. Winogron. “My partner and I and my team have travelled from communities from B.C. to Nova Scotia and the stories are hauntingly similar.”

The lead plaintiff in the case is Garry McLean who was forced to attend the Dog Creek Indian Day School in Manitoba from the age of seven and was strapped or forced to sit in a corner every time he spoke Ojibway, the only language he knew when he arrived.

Mr. McLean also says he was repeatedly sexually assaulted by a nun.

The day schools were funded by the federal or provincial government and, like residential schools, they were run by churches.

A statement of claim filed with the court in late May accuses the federal government of designing the schools to strip students of their Aboriginal culture and identity and to prevent them from being able to pass their spiritual, cultural and linguistic heritage on to future generations. It says the government breached the duty of care that it owed to the Indigenous children and operated the institutions in an atmosphere of brutality and intimidation.

“Aboriginal children were prohibited from speaking their own languages, even to their parents, and were punished for doing so – often severely, including by such practices as beatings or putting a nail or pin through the tongue of the child,” says the statement.

A separate class-action was launched in 2012 on behalf of students who attended residential schools but were able to go home at the end of the day. The day scholars were not compensated under the Indian Residential Schools Settlement Agreement, and the class-action continues to proceed through the court.

The new suit is for those who attended one of the hundreds of Indigenous schools that operated across Canada that had no residential component. It claims unspecified general and punitive damages on behalf of both the people who attended the schools and members of their family who were secondarily affected.

Mr. Winogron says his firm has a database of 14,000 former students of the day schools but there are more than 100,000 people still living who attended one of institutions.

Most of the schools have been transferred to the control of First Nations or to an Indigenous organization.

James Fitz-Morris, a spokesman for Carolyn Bennett, the Minister of Crown-Indigenous Relations, said the government consented to the certification of the class action and has been working to settle the case. “The government of Canada is committed to righting past wrongs, especially those involving Indigenous children, outside of litigation,” Mr. Fitz-Morris said.

Mr. Winogron said his clients are waiting to hear what the government has to say. “If we don’t hear that, of course, we have to get ready for trial in the usual course,” he said. “But, for the sake of everyone who still survives, we are hoping that it can be done sooner rather than later.” 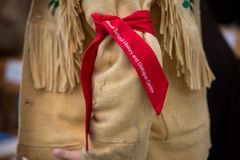 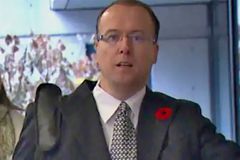