A court fight over life insurance has revealed for the first time disturbing details about how former Canadian soldier Lionel Desmond fatally shot his mother, wife and daughter before taking his own life in the family’s home in rural Nova Scotia in early 2017.

In a decision released Monday, a Nova Scotia Supreme Court judge determined proceeds from Mr. Desmond’s life-insurance policy should be awarded to his late mother’s estate because evidence collected at the crime scene in Upper Big Tracadie, N.S., suggests the former infantryman died before his mother did.

The ruling says the sequence of their deaths is important because the policy named another man – Greg MacEachern – as contingent beneficiary, should Mr. Desmond’s mother Brenda die before her son.

To determine the grim chain of events on Jan. 3, 2017, Justice Nick Scaravelli examined the RCMP investigation, witness statements, recordings of 911 calls, files from Emergency Health Services, findings from post-mortem examinations and a report prepared by an expert coroner.

What happened to Lionel Desmond? An Afghanistan veteran whose war wouldn't end

His decision says Lionel Desmond purchased a rifle and ammunition from Leaves and Limbs Sports Store in Antigonish County that day around 4 p.m., then headed to a logging road not far from the family home.

At around 6 p.m., Brenda Desmond’s brother George received a call from her, saying he should come to the Desmond home as quickly as possible because “the boy just shot his wife,” the decision says.

At around the same time, one of Lionel Desmond’s sisters, Chantel, entered the home with her partner and discovered the bodies. She called 911 at 6:03 p.m.

The first RCMP officers to arrive at the scene entered the home around 6:20 p.m.

“The RCMP observed Mr. Desmond’s body on the kitchen floor with a rifle on the top of his outstretched arm,” Justice Scaravelli wrote, adding that Mr. Desmond had suffered an obviously fatal head wound that created a particularly gruesome scene.

The lifeless bodies of Shanna Desmond – Lionel Desmond’s 31-year-old wife – and Brenda Desmond were also found in the kitchen. The couple’s 10-year-old daughter Aaliyah was found dead in the living room.

Justice Scaravelli said the evidence suggests Lionel Desmond used the rifle to shoot both his wife and daughter in the head.

The judge also concluded that within about three minutes, Mr. Desmond had also shot his mother in the upper back and then shot himself.

Justice Scaravelli said he was satisfied on a preponderance of evidence that Lionel Desmond died instantly, but his mother survived him for a short time.

His conclusion was based in part on a report prepared by Dr. Sangita Sharma, a coroner who offered specific details as to the extent of Lionel Desmond’s wounds and those of his mother.

While Lionel Desmond’s death was “instantaneous,” Dr. Sharma said it was his opinion that Brenda Desmond’s death due to blood loss and respiratory failure “did not occur immediately.”

The application for the court ruling was filed by Brenda Desmond’s four daughters, Cassandra, Chantel, Kaitlin and Michelle.

This past month, a provincial fatality inquiry into the triple murder and suicide started inside a former courthouse in Guysborough, N.S., which isn’t far from the Desmond home.

The 33-year-old former soldier had been diagnosed with post-traumatic stress disorder after two tours in Afghanistan in 2007.

Family members say Lionel Desmond sought treatment for his mental illness and a post-concussion disorder, but they say he did not receive the help he desperately needed.

The commissioner overseeing the inquiry, provincial court Judge Warren Zimmer, is in the process of deciding who will participate in the hearings, which will start in September.

Among other things, the inquiry will examine whether Mr. Desmond had access to mental health and domestic violence services – and whether he should have been able to buy a gun.

It will also look at whether the health-care providers who interacted with him were trained to recognize occupational stress injuries or domestic violence.

The inquiry will make findings and recommendations but will not make a finding of legal responsibility. 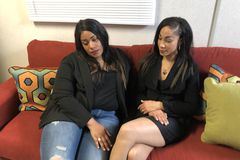 Lawyer challenges restrictions on inquiry into Lionel Desmond murder-suicide
May 7, 2019 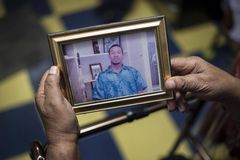 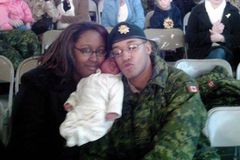