A judge has struck down the police-like powers of animal-cruelty investigators in Ontario because the agents are not subject to government oversight.

Since 1919, investigators for the Ontario Society for the Prevention of Cruelty to Animals (OSPCA) have had the authority to act as police officers – entering homes and businesses with a judge’s warrant, and in some situations without one, to investigate animal distress.

But Jeff Bogaerts of Smiths Falls, a property-rights advocate, challenged the Ontario law giving the OSPCA – a private charity – that power. An animal-rights group, Animal Justice Canada, intervened in support of the challenge, arguing that the lack of transparency meant that the effectiveness of animal protection in Ontario, covering households, farms, zoos and slaughterhouses, was unclear.

Ontario Superior Court Justice Timothy Minnema agreed that the powers granted the OSPCA violate the Canadian Charter of Rights. He called the group “opaque, insular, unaccountable and potentially subject to external influence” through fundraising. “As such, Ontarians cannot be confident that the laws it enforces will be fairly and impartially administered,” he wrote in a 24-page ruling.

Under the Charter’s Section 7 – which protects life, liberty and personal security – Justice Minnema said it is unconstitutional for the OSPCA investigators to have police powers, yet be “shielded from public view” – not subject to oversight and accountability under the province’s Police Services Act, or to freedom-of-information law, or complaints to the provincial Ombudsman. Even its policy manual for entering homes and seizing property is private, Justice Minnema said.

He suspended the effect of his ruling for a year, so as not to leave animals unprotected.

The OSPCA said in a statement on its website that it respects the ruling, which it said is for the Ontario government to address. The Ministry of the Attorney-General declined to comment while the matter is within the 30-day period in which it may appeal.

The ruling applies directly only in Ontario. Some provinces, such as Manitoba and Quebec, have inspectors subject to government oversight; in Newfoundland and Labrador, police enforce animal-protection laws; and in British Columbia, Alberta and Nova Scotia, SPCA inspectors are subject to the same oversight as peace officers.

But the ruling’s importance goes well beyond animal welfare. “The principle here is that you cannot delegate police-type powers, investigative powers, without also legislating accountability and transparency,” Kurtis Andrews, a lawyer for Mr. Bogaerts, said in an interview.

For instance, municipal governments that contract out bylaw enforcement to private companies, as several do in Eastern Ontario, may run afoul of that principle, he said.

Mr. Bogaerts launched the challenge after becoming concerned when community members contacted him about OSPCA actions against them, Mr. Andrews said, adding that the Ontario Landowners Association helped fund the case. (Mr. Bogaerts said in an e-mail that neither he nor the association was ready Thursday to speak with the media.)

Camille Labchuk, executive director of Animal Justice Canada, said that because animals cannot self-report abuse, investigators need broad search powers. But the OSPCA has allowed zoo animals to be used at its fundraising events, giving an appearance of a conflict of interest, she said, since the agency is responsible for protecting these animals.

She applauded the ruling’s emphasis on making animal-protection work transparent.

“We think it’s ultimately good for animals that the public is able to see how justice is being done for animals,” Ms. Labchuk said in an interview. 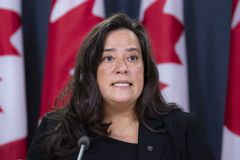 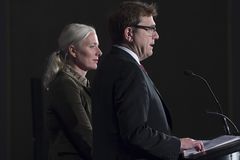