The federal government’s duty to consult with Indigenous peoples over resource development does not grant them veto powers, the Federal Court of Appeal says, ruling that Ottawa met its obligations for consultation before it reapproved the Trans Mountain pipeline expansion last year.

The unanimous decision from the three-member panel released on Tuesday lifts a layer of uncertainty from the $9.3-billion project, which the government of Canada now owns. The expansion will triple the capacity of the existing pipeline from Edmonton to a shipping terminal in Burnaby, B.C., giving Alberta’s oil sands greater access to overseas markets.

“We conclude that there is no basis for interfering with the [cabinet’s] second authorization of the project,” the judgment states, dismissing an application by four Indigenous groups seeking to halt the proposed expansion.

Opponents of the project are considering an appeal to the Supreme Court of Canada, but proponents hailed Tuesday’s ruling as a significant victory.

“We finally see clear space ahead to proceed with this project. It’s great news for Canadians, and for thousands of Canadian workers,” Paul de Jong, president of the Progressive Contractors Association of Canada, said in an interview. The association’s member companies are building the pipeline, and he said he expects substantive construction to be under way by fall. 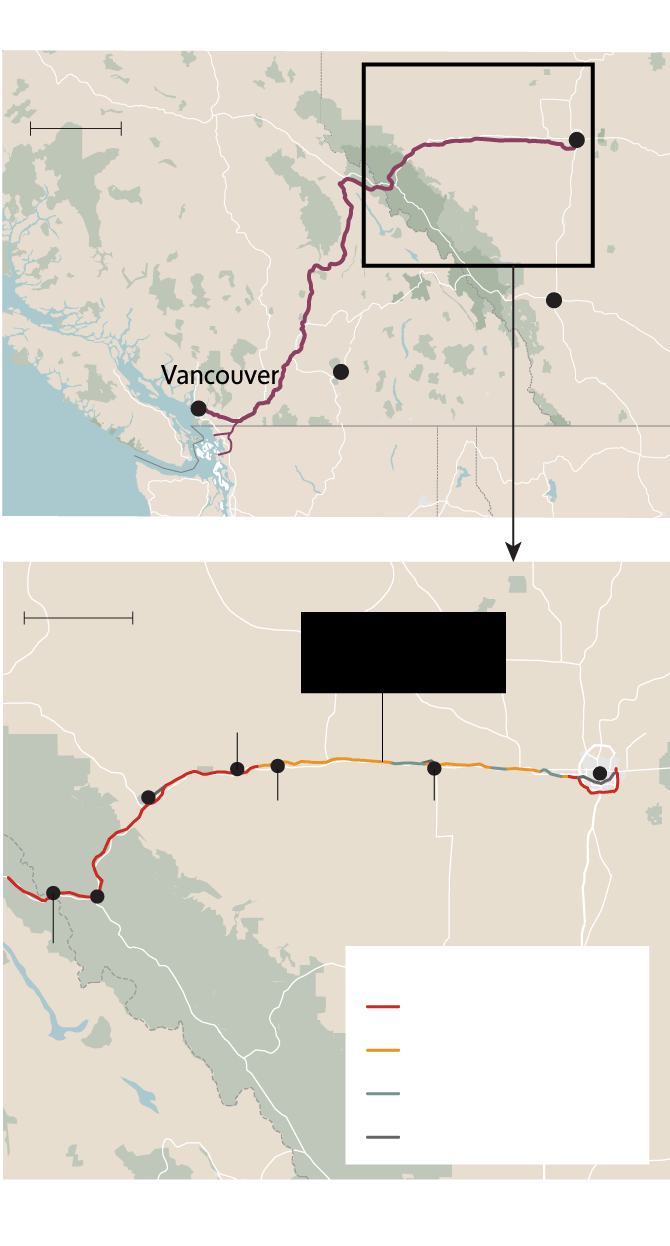 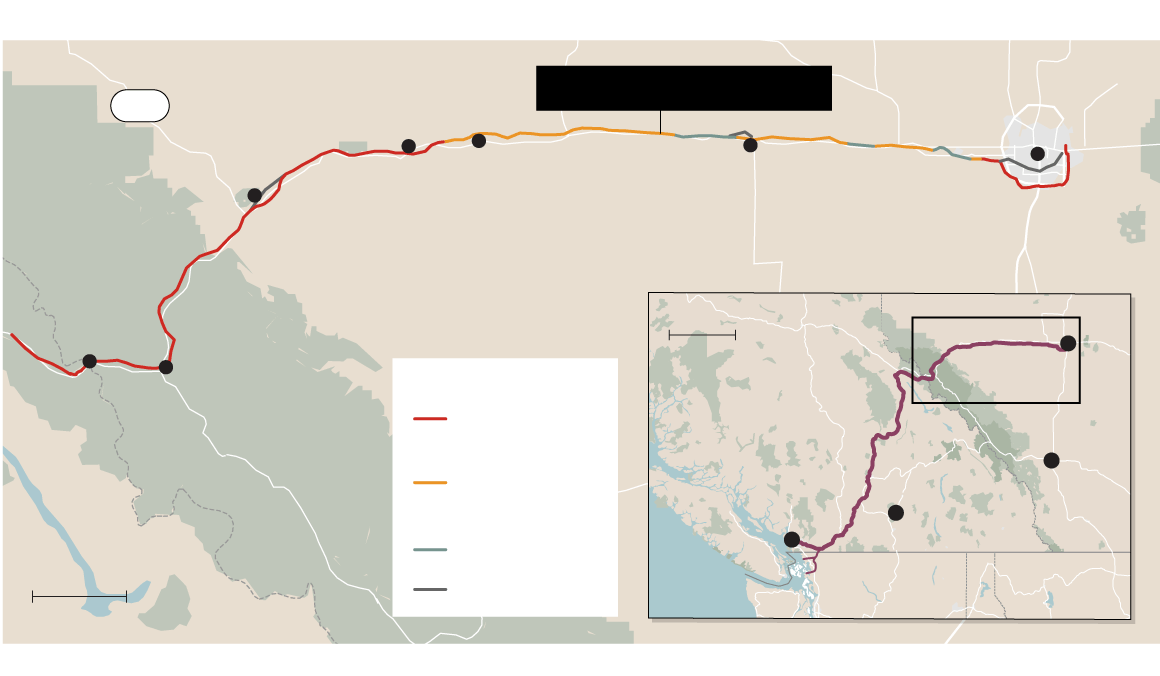 Finance Minister Bill Morneau called the decision an “important milestone,” but didn’t rule out future barriers. “There will always be more project hurdles,” he said, but added that the government is committed to see it completed.

Alberta Conservative MP Shannon Stubbs said the Liberals should now be able to give a guaranteed in-service date for the pipeline, but she raised concerns that future protests or court challenges could delay it further.

The court acknowledged that the four Indigenous communities behind the challenge – the Tsleil-Waututh Nation, the Squamish Nation, the Coldwater Indian Band and a coalition of Sto:lo First Nations in the Fraser Valley – have a right to deep and meaningful consultation with the Crown. But the judgment states that process cannot be dragged out to the point that it becomes an effective veto.

“The case law is clear that although Indigenous peoples can assert their uncompromising opposition to a project, they cannot tactically use the consultation process as a means to try to veto it,” the court found.

Indigenous leaders from British Columbia condemned the judgment, and promised unabated protest. At a news conference in Vancouver, Rueben George of the Tsleil-Waututh said the ruling runs against Canada’s commitments to reconciliation, and he noted applications are already before the Supreme Court of Canada seeking other ways to challenge the project. “It’s not over," he said.

The B.C. government remains concerned about the risks of diluted bitumen and the potential for a catastrophic oil spill on the coast, Environment Minister George Heyman said. “We will continue to urge the federal government to ensure that the strongest protections possible are put in place to protect our environment, public safety, our coast and the tens of thousands of jobs that are at risk from a spill."

Alberta Premier Jason Kenney said the court’s decision is a victory for the First Nations groups who support the pipeline’s expansion. “It’s a great day for Canada because it demonstrates that the vast majority of Indigenous groups will not have their voices ignored by a couple of foreign-funded special-interest groups,” Mr. Kenney told reporters in Montreal, where he’s advocating for Quebec to increase its imports of Alberta oil.

Mr. Kenney’s government has launched an inquiry into the extent of foreign financing for opponents of the oil sands, and has created a fund to help First Nations buy stakes in energy projects, including Trans Mountain.

The Court of Appeal quashed the original approval for the Trans Mountain expansion project in 2018, citing inadequate consultation with Indigenous communities, and a failure to consider the negative effects of increased oil-tanker traffic on marine life. Ottawa conducted additional consultation, and announced new measures to safeguard the marine environment. It reapproved the project in June, 2019. The Court of Appeal, in this hearing, looked only at whether Ottawa had remedied the flaws in consultation.

The troubled project has generated significant opposition on the West Coast because of the increased oil tanker traffic. The province of B.C., the cities of Vancouver and Burnaby, environmental organizations and coastal First Nations have fought the project in court, while construction at the Burnaby terminal has been marked by mass acts of civil disobedience leading to the arrests of former Green Party leader Elizabeth May, and Kennedy Stewart, a former New Democrat MP who is now mayor of Vancouver. In 2018, the former owner, Texas oil giant Kinder Morgan, threatened to walk away, prompting the federal government to buy the existing pipeline and the expansion project.

At trial, the Indigenous groups alleged that Canada did not engage in genuine consultation – the outcome was predetermined, they argued, because the government owns Trans Mountain. The court disagreed: “There is no evidence that the [cabinet’s] decision was reached by reason of Canada’s ownership interest rather than the [cabinet’s] genuine belief that the project was in the public interest.”

The Coldwater Indian Band vowed the project will still face major hurdles. “We will do everything in our power to ensure our sole source of drinking water is protected,” Chief Lee Spahan said, referring to an aquifer near the pipeline route. The band will take its fight to the detailed route hearing the Canada Energy Regulator (formerly the National Energy Board) is conducting. The regulator has already approved about two-thirds of the 1,147-kilometre pipeline route.

In places where the project has been approved, construction has begun. The company is laying about 50 kilometres of pipeline around the City of Edmonton. Parts of an older pipeline are also being dug up and replaced in Jasper National Park. Pumping stations are being built in Alberta and British Columbia. Pipe should be put in the ground next month around Kamloops.

With reports from Justin Giovannetti in Calgary, Marieke Walsh in Ottawa and Hina Imam in Vancouver.