Federal penitentiaries have violated the Charter rights of prisoners by imposing stringent COVID-19 measures, such as administrative and medical lockdowns, that are tantamount to solitary confinement, according to a new lawsuit.

The John Howard Society of Canada, which advocates for criminal-justice reform, filed the civil claim March 3 in the Supreme Court of British Columbia along with seven people incarcerated in federal penitentiaries in B.C. during the pandemic.

They say that, in efforts to stop the spread of the disease, Correctional Service Canada imposed restrictions that infringed the Charter rights of prisoners, depriving them of meaningful human interaction, hindering their prospects of parole and negatively impacting their mental, physical and psychological well-being.

“It’s probably, in my view, the worst crisis in corrections that we’ve seen in more than half a century,” said Catherine Latimer, executive director of the John Howard Society.

The plaintiffs are seeking declarations and injunctive relief against CSC and the Attorney-General of Canada. CSC confirmed Sunday that it had received the claim and is taking time to review it.

The lockdown of presumptively healthy inmates, and the isolation of inmates suspected or confirmed to have COVID-19, deprive them of meaningful social contact, outdoor activity, programming and exercise, as well as the use of showers and telephones, according to the claim.

As with solitary confinement, lockdowns can be detrimental to the health of prisoners and contribute to adverse health effects including self-harm and suicidal ideation, the lawsuit says. It adds that some lockdowns have exceeded 15 consecutive days, while others have involved multiple periods that have cumulatively exceeded 15 days total. This, despite the federal government passing legislation in 2019 capping solitary placements at 15 days, finding anything more to be cruel and unusual punishment.

The lawsuit also asserts that CSC directly deprived prisoners of reasonable opportunities for parole or release by delaying, suspending or otherwise restricting the availability of the opportunities themselves.

CSC also indirectly hindered prisoners’ chances by curtailing their ability to participate in release-related programs that are either required or helpful toward obtaining parole or other forms of release, including drug, alcohol and work programs, the lawsuit says.

Ms. Latimer said this was particularly difficult for prisoners such as those serving life sentences, who rely on parole to get out.

“You’re not going to be supported for being paroled unless you complete a series of programs and a series of escorted and unescorted temporary absences, and they just weren’t available for prisoners during this period,” she said. “They were basically put on ice for a year.”

The lawsuit also alleges that there has been insufficient COVID-19 precautions including providing inadequate or inappropriate personal protective equipment to prisoners, failing to facilitate physical distancing among prisoners where possible, and failure to enforce compliance with public-health directions by CSC staff.

Canada’s correctional investigator called for alternatives to incarceration after his Feb. 23 report that the number of COVID-19 cases at federal facilities more than doubled during the pandemic’s second wave.

Since the start of the pandemic, more than 10 per cent of the total inmate population has tested positive for the disease, which is significantly higher than the rate of infection for the general population, Ivan Zinger said. Indigenous inmates accounted for close to 60 per cent of all cases in Canadian prisons since November.

In a statement to The Globe, CSC said it continues to implement “rigorous health measures” to mitigate the spread of the virus, including mask mandates for inmates and staff, physical-distancing measures and screening of anyone entering its institutions. It has also provided 1,200 doses of the Moderna vaccine to 600 offenders across Canada.

“Infection-control protocols and control measures continue to be in place, including adjustments to institutional routines, suspension of in-person visits, enhanced screening efforts and heightened cleaning activities,” the statement said.

“We are working in collaboration with public-health partners to adapt our approach and take additional measures, as needed.” 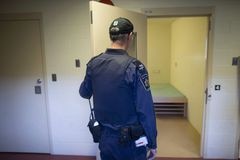 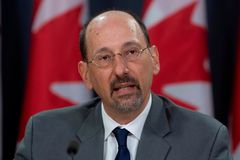 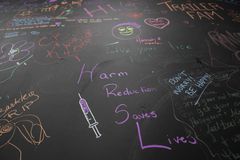