A new cross-Canada study is tracking trends in COVID-19 illness as well as vaccine safety and effectiveness in youth.

The research project is collecting data from children’s hospitals on visits that may be related to COVID-19 infection or vaccination.

Investigators say they are looking for symptoms that may be caused by the disease, including a rare condition called multisystem inflammatory syndrome, which can cause swelling and heart problems.

The chair of the National Advisory Committee on Immunization says in a statement that the study is “extremely relevant” as youth aged 12 to 17 roll up their sleeves to get vaccinated.

Dr. Caroline Quach says the research will allow authorities to quickly identify and respond to trends that could be linked to vaccination.

The study is backed by $1.8 million in federal funding.

Ontario stores and restaurants were teeming with customers Friday as the province lifted some of its COVID-19 restrictions for the first time in months.

Patios that have sat empty since last year were filled with diners and lively conversation once more and stores had lines snaking down the street as customers rushed to buy goods they’ve had to purchase online or do without.

The return of dining out and many retailers stem from Ontario’s latest COVID-19 measures, which now allow up to four people per restaurant table or entire households to eat together on outdoor patios.

The province is also permitting non-essential retailers to operate at 15 per cent capacity and with no limitations on what goods they can sell.

Carolina Lagos, who lined up outside a Winners in Oakville, Ont. on Friday morning, was thrilled with the return of in-person shopping because her three growing kids were in need of shoes.

“My daughter has flip-flops right now. That’s all she had,” she said. “She’s outgrown all the things from last spring and then last Christmas we didn’t get to shop at all.”

Just as excited to see restrictions lifted was Susan Amres, a Mississauga woman who took the day off work to celebrate.

She kicked off reopening with a shopping trip to Giant Tiger before heading with her family to the nearby Symposium Cafe, where she had made reservations as soon as she learned patio dining would be permitted.

The restaurant’s small patio appeared to be at capacity with diners sitting under brightly coloured umbrellas and at spaced out tables around 11 a.m. local time.

“To see this many out this early is really good news,” said the cafe’s manager, Matthew Burnip.

He saw sales plummet to one-fifth of their normal rate during the pandemic because his cafe had to operate solely through takeout and couldn’t allow customers to enjoy its large dining area.

“But we kept trucking on,” he said. “Now that we are open, hopefully we will be back and doing good.”

Business owners like Burnip are hopeful this will be the last time they have to lockdown because COVID-19 cases in Ontario have been falling for months.

Mayors in an Ontario COVID-19 hot spot want the province to reduce the interval between vaccine doses for Oxford-AstraZeneca shot recipients.

Brampton Mayor Patrick Brown has written to the premier and health minister asking for an eight-week dosing interval for people who took the first dose of the vaccine.

AstraZeneca recipients currently must wait 12 weeks between vaccine doses in Ontario while other provinces have shortened the gap to eight weeks.

Calls have been growing for Ontario to follow suit as the more infectious Delta variant spreads in the province, particularly in Peel Region, which covers Brampton and Mississauga.

When asked about the possibility of a shorter interval for AstraZeneca recipients, Ontario Health Minister Christine Elliott said Thursday the government would stick with the 12-week period.

Ontario is reporting 574 COVID-19 cases and four deaths from the virus today.

Health Minister Christine Elliott says there were 109 cases reported in Toronto, 84 in Peel Region, 79 in Waterloo and 51 in the Porcupine Health Unit.

The province said 489 people were hospitalized with the virus on Friday, including 440 people in intensive care and 292 on ventilators.

The province is reporting 199,951 COVID-19 vaccine doses administered yesterday, for a total of more than 10.8 million.

The latest figures come as the province enters the first stage of its economic reopening plan today.

Officials are also reporting one more death attributed to the novel coronavirus.

The Health Department says hospitalizations dropped by seven, to 244, and 59 people were in intensive care, a drop of five.

Health Minister Christian Dubé says the province expects to receive 600,000 doses of the Moderna COVID-19 vaccine next week and 900,000 doses the week of June 21. Quebec has struggled with its plan to accelerate second doses due to limited vaccine supplies.

Officials say 98,455 doses of vaccine were administered in the past 24 hours and 77.4 per cent of Quebeckers over 12 have received at least one dose. They say 10.9 per cent of residents are full vaccinated.

Bar patios reopened in several regions today, including Montreal and Quebec City, and bars will be permitted to fully reopen on Monday.

More Moderna vaccine on the way to B.C. as adults with first dose tops 75 per cent

The British Columbia government is working on incorporating a “significant additional” shipment of Moderna vaccine into its plans as it pushes for more people to sign up for their second dose.

A joint statement from the provincial health officer and health minister says the federal government has confirmed a boost in Moderna vaccine will be coming later this month.

The first-dose vaccine rates for adults has crested 75 per cent, while it’s 73.1 per cent for those 12 and older in the province.

Almost 500,000 people have had their second dose of vaccine.

The statement says there were 180 new COVID-19 cases reported as of Friday and one person died, for a total of 1,730 deaths.

There are 162 people in hospital and 45 of those are in intensive care.

Most who tested positive for variant at Calgary hospital had mild symptoms: AHS

Most people who tested positive at a Calgary hospital for the more contagious COVID-19 variant first reported in India had mild symptoms, except one person who was admitted into intensive care.

Sixteen patients on two units of the hospital tested positive for the variant, as well as six health-care workers.

“It’s important to remember that even after immunization, it’s still possible to contract COVID-19,” Kerry Williamson, spokesman for Alberta Health Services, said in an e-mail Friday.

“However, if immunized with either one or two doses, people are less likely to experience severe illness or require hospitalization.”

Williamson could not say if the person who needed treatment in ICU was vaccinated.

He added that everyone was past the 14-day window after vaccination.

“[The vaccines] are about 33 per cent effective against the Delta variant after the first dose and rise to more than 80 per cent after the second dose,” Williamson said. “Which is why it’s so important to get immunized, with both first and second doses.”

Earlier in the day, Premier Jason Kenney said the Delta variant “does not appear to be growing at an alarming rate to date.”

He said the variant is a concern in the United Kingdom, where it’s spreading mostly among younger people who haven’t been vaccinated.

“We have to keep an eye on this, but I’m confident that with the breadth of the vaccine rollout we are going to be able to prevent negative health outcomes from the Delta variant.”

The province also reported Friday that there were 3,529 active cases of COVID-19 in Alberta and, of those, 170 were new.

There were also three new deaths, bringing the total to 2,265 since the pandemic began last year.

And there were 296 people in hospital with the virus, with 79 of them in intensive care. 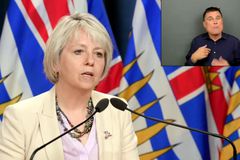 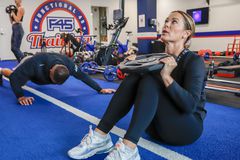