When children return to school this fall, they might be inside the classroom for only two days a week. They might not be allowed to carry backpacks, and their teachers might be equipped with microphones to broadcast their lessons to students watching at home.

All of these possibilities are underpinned by the only certainty facing educational administrators this summer: The simmering global pandemic will reshape how Canadian children experience school in the next academic year.

Quebec, New Brunswick and Saskatchewan have announced plans for their youngest learners to return to school full-time, with COVID-19 precautions, while other provinces have asked school boards to spend the summer preparing for a range of scenarios that include remote learning, a hybrid of distance and in-class instruction, and a full return to in-class learning with public health measures.

Early school-board reopening plans paint a picture of an unusual start to the academic year for millions of children, with staggered entry times, cohorting of students and many spending only part of the week at school, leaving families to grapple with remote learning and makeshift child care.

“It’s too soon to let our guard down, but our kids need to be in school,” said Ted Fransen, superintendent of the Pembina Trails School Division in Winnipeg.

Opinion: Education is a human right, but it certainly hasn’t been a COVID-19 priority

His district, like others, is awaiting word from public health officials on how to reopen schools safely. In the meantime, it is preparing for all contingencies, including a model where both elementary and high-school students could be in class as many as three days a week, alternating Fridays between different cohorts.

For those students who are ill or who opt to stay home, his board is looking at equipping teachers with portable cameras that would connect to their desktop so they can broadcast lessons, although Mr. Fransen acknowledged there would be issues around privacy.

The Ottawa French Catholic board, meanwhile, published a back-to-school plan that includes eating lunch and snacks in classrooms, and rules for the specific direction students would walk along the corridors. Backpacks would not be allowed and only a water bottle and a lunch box could be carried to school, according to the plan. A spokesperson said the proposed measure was to limit the risk of transmission, but that children in kindergarten would be allowed to bring a change of clothes in a plastic bag.

The board is looking at a model whereby elementary and high-school students attend three times a week, in school Monday and Tuesday or Wednesday and Thursday, and alternating every Friday.

Similarly, the Ottawa-Carleton District School Board had proposed a hybrid model whereby half of its elementary students attend Monday and Tuesday, and the other half attend Thursday and Friday. The board said Wednesdays would be a day when schools would be deep cleaned. (These plans may have to be discarded after the government this week dictated a hybrid model, under which each group would receive in-class instruction two days one week, and three days the next, and spend the rest learning remotely). Elsewhere, school boards are looking at an option whereby cohorts of students spend every alternate week in school.

The Ontario government plans to advise boards later this summer as to which scenario would be used to reopen schools, depending on the volume of COVID-19 cases. Education Minister Stephen Lecce said on Thursday that his preference is for students to be in school every day, but he also recently indicated that schools would be expected to open under the hybrid model this fall.

The issue for public health, governments and educators is that children are a wild card in this pandemic: They are vectors for the transmission of viral illnesses, but with COVID-19 it’s unclear how they drive transmission or why they tend not to get very ill when infected. Some research suggests children are less likely to transmit it than adults.

Toronto parent Bronwen Alsop called the hybrid plan – a mix of online and in-class learning – “ridiculous.” Not only would it be a nightmare for working parents scrambling to find child care, but it could also mean children are with different cohorts when not in school, increasing the risk of the virus spreading.

Ms. Alsop started a Facebook group that calls for a five-day school week in the fall, and the province to fully fund it. She said that her own five-year-old, who has special needs, requires consistency. Two Toronto school board trustees presented a motion Thursday night at their board meeting to call on the province to develop a school reopening plan that works better for families.

“We want things to be safe for our children and for our teachers,” Ms. Alsop said, adding: “The only way children are going to adapt with this new way of living is to have consistency for five days.”

However, Vancouver parent Tracy McMenemy said she is “reluctant” to send her 17-year-old twins to school in the fall. She did not send them to school in June when the B.C. government announced a “dry run.”

She understands her children need to be with their classmates for social and mental-health reasons, and that her province has wrestled its curve to manageable levels, but she’s still hesitant. “Now that everything has opened again, what’s going to happen?” she asked. “It’s just a wait-and-see right now.”

At the Toronto District School Board, Carlene Jackson, an associate director, said that while students benefit from being in a classroom, “we also want to make sure that we’re balancing that with the best advice from public health officials to keep our students and staff safe.”

In a recent meeting, the board discussed an option where cohorts of elementary students would be in the classroom two days a week. The board is also considering whether teachers who can’t be in school buildings for medical reasons can remotely teach students whose families opt to keep them home.

In high schools, the board is looking at an option that would break up the school year into quarters. Students would receive the same amount of instructional time in a course, but study two subjects at a time in longer classes. The advantage of a so-called quad-mestered high school is that it would mean less traffic in hallways. In a semestered school, students move between as many as four classes in a day.

Tim Cusack, deputy superintendent at the Edmonton Catholic school district, said both his district and the public board are moving to a quarterly schedule in the fall. He said that students can focus on fewer subjects at a time – one in the morning, and one in the afternoon – and it would make the transition to at-home learning easier, if that were to happen.

The board, he said, is planning for multiple scenarios because of the possibility of a second wave of the virus. “We’re anticipating it will be a near-normal return with in-person instruction. But that said, all it takes is for that flare-up and then a school or a region of the city has to pivot to an online stance,” Mr. Cusack said.

Ontario to end academic streaming for students in Grade 9
July 6, 2020 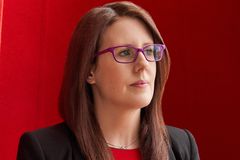 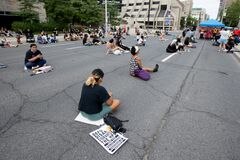