Quebec’s traditional July 1 moving day has always involved a certain amount of chaos, as thousands of people simultaneously pack up their belongings and move to new homes.

But this year, advocates say the hunt for a new apartment has been more difficult than ever, as COVID-19 exacerbates a housing crisis brought on by low vacancies, rising rents and a wave of tenants being displaced by landlords hoping to retake their dwellings or capitalize on their property values.

Véronique Laflamme, the spokeswoman for the housing rights group FRAPRU, says some 1,200 households across the province have called different organizations seeking help in finding a new place to live – twice as many as last year. Of those, at least 322 had yet to sign a new lease on the eve of moving day.

In a phone interview, she said COVID-19 has not only led to major job losses but also caused hardship for those already struggling to pay their rents, including those on social assistance or in low-income jobs.

Those vulnerable people “risk being added to the ranks of the unemployed who lost their jobs and find themselves in a greatly vulnerable situation.”

She said the pandemic made viewing apartments more difficult, especially in hard-hit Montreal, where the vacancy rate sits at a 15-year low of 1.5 per cent, and affordable apartments are becoming scarce.

A recent study compiled by a renters’ rights group, the Regroupement des comités logement et associations de locataires, found that provincially the prices listed online for apartments available for rent averaged $1,044 per month – some 30 per cent higher than the average rent being paid by current tenants, according to numbers from the Canadian Mortgage and Housing Corp. In Montreal, the figure was 43 per cent higher.

Ms. Laflamme said nearly half of those who called for aid this year are leaving their previous apartments unwillingly. Among those forced out, she said, are a growing number of so-called “renovictions,” when tenants are displaced because of major renovations, and rents are subsequently hiked.

Mr. Kenwood, who is disabled, said he thought he’d gotten lucky last year to find a one-bedroom basement apartment he could afford for himself and his dog in Montreal’s central Plateau-Mont-Royal neighbourhood, but the situation has since become a nightmare.

Video provided by Mr. Kenwood shows water dripping from the ceiling of the bathroom, which he said caused chunks of ceiling to fall. He says the building’s landlord has consistently dragged his feet on repairs, instead pressuring him and other tenants to find another place to live so major renovations can be carried out.

“He’s trying to muscle people out,” said Mr. Kenwood, who has filed a formal notice with the province’s landlord and tenant rental board, asking the owner to address a leak in the ceiling, a deteriorating living room wall and a broken stove.

But in a response to Mr. Kenwood’s filings, which The Canadian Press has viewed, the landlord accuses Mr. Kenwood of violating several rules, including keeping a dog despite a no-pet clause, blocking access to rooms in the building, causing other tenants to leave the building and storing property without having access to a storage unit.

A document Mr. Kenwood says is his lease does not specify that he cannot have animals, and he says he had a verbal agreement to store his belongings in the building. He says the accusations are unfounded.

The landlord and tenant rental board has not ruled on the case.

Three other current and former tenants who spoke with The Canadian Press described a series of problems with the building, ranging from leaking ceilings to intermittent hot water, broken locks and, in one case, a stove giving off electric shocks. All said the landlord was slow or neglected to fix issues, while all but one said they’d been asked orally when they were moving out.

Philippe Holas, who is in the process of moving out, said the landlord waited a month to fix a leaky ceiling, and did not respond promptly when hot water stopped working. He said the landlord told him and his roommate they should find another apartment, warning them the place would become “uninhabitable” due to major construction.

When reached by phone, landlord Morrie Cuttler said the tenants’ claims are “completely inaccurate,” and he denied failing to carry out repairs.

“Whatever issues [there are] in the building are being looked after,” he said.

He said his family has owned the building for 80 years, housing hundreds of tenants, and he attributed the complaints to a disgruntled tenant. He denied trying to get tenants to leave improperly.

Robert Beaudry, the city councillor responsible for housing, said Montreal is currently in a housing crisis caused by a vacancy rate below 1 per cent in many neighbourhoods.

He said the city is working with local housing organizations to help people who can’t find apartments, in some cases renting them storage units and hotels temporarily.

Montreal is also taking action against the so-called renovictions by drafting stricter rules for landlords who wish to subdivide or enlarge their units in central neighbourhoods.

But while the city is doing what it can, he noted that many responsibilities, including most enforcement and construction of subsidized housing, require the province’s help.

The Quebec government has stepped up during the pandemic, offering emergency rent supplements for those who risk homelessness, interest-free loans for up to two months’ rent and support for cities.

However, Ms. Laflamme says COVID-19’s lasting economic effects will mean that many more people will be in trouble once emergency government aid runs out, while eviction hearings that were temporarily paused due to the pandemic will soon resume. 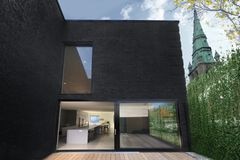 Montreal home sales drop off in March amid pandemic
April 7, 2020