Denise Laurin smiles and rocks her arms in a cradling motion as she describes becoming a great-grandmother for the first time in February.

“I’d love to take the little one in my arms,” she says from her wheelchair in her room at a long-term care home in Laval, Que., north of Montreal. “And now I feel like I won’t see him.”

Ms. Laurin, 86, hasn’t seen her family since last fall, although she talks to them on a tablet or by phone. For her and thousands of other Quebec long-term care residents, the COVID-19 pandemic has stripped away many of the small pleasures they used to enjoy: shopping for new clothes, card nights, meeting friends for a meal.

And those pleasures are slow to return, despite a vaccination campaign that has all but halted the number of new cases and deaths in the facilities, known in Quebec as CHSLDs.

On Sunday, the province reported no new cases of COVID-19 in the province’s care homes. On Monday, there were two and on Tuesday just one. It’s a far cry from much of the past year, when the pandemic forged a path of destruction through the homes, causing more than 5,300 deaths.

Administrators and patients say the change in stress levels has been dramatic since residents began getting vaccinated, even if most have not yet received their second dose, which the province has chosen to delay by up to four months.

The home where Ms. Laurin lives, the CHSLD Rose-de-Lima, has been relatively lucky. Though it had about 22 cases and nine deaths in the first wave, it has been spared from the second, save a single case in October.

A separate section of the building that was designated as a COVID-19 red zone now sits closed and empty. During a recent visit residents, many in wheelchairs, could be seen watching television in small groups, sitting in pairs at tables or watching the March sunshine stream through the windows.

But the past year hasn’t been easy for anyone, and for care home residents least of all.

Jeanne Dostie, 88, said the day COVID-19 was declared a pandemic was “the day my heart broke.” The only other time that compared was during the Second World War. Sitting in her wheelchair at Rose-de-Lima, in a bright room filled with art, she said seeing her caregivers in plastic suits last March gave her the same surreal feeling she had as a child when she saw warplanes fly over her city.

“In my head and in my heart, I thought it couldn’t happen here,” she said.

As a sociable person, Ms. Dostie said it was hard for her to have to spend so much time in her room. However, she got through the tough months by reading, knitting and writing, and with the support of the staff at the home, whom she describes as heroes.

Getting her first vaccine shot was “the glimmer of hope I’d been waiting for,” she said.

Sylvie Potel, the co-ordinator of the site, said the home has slowly reintroduced some semblance of normal life. Residents can dine together and participate in some activities, such as bingo, in small groups from their own floor. Some service providers, including a hairdresser, are returning.

However, Ms. Potel says residents can’t leave the home’s grounds without quarantining upon their return, and visits are restricted to two approved caregivers a resident.

Gone for the moment are most of the hundred or so volunteers, the birthday parties and concerts, the big dinners and the family gatherings that used to give the place its energy, she said in an interview. “It was always full of people ... and we’re looking forward to finding that again.”

The rules for the homes come from the Quebec government, which says the situation in the province remains “critical” despite the progress brought by vaccination.

“In recent weeks, we have reiterated the importance of offering activities to prevent mental, cognitive and physical deconditioning, while respecting infection prevention and control instructions, to all CHSLDs,” the Health Department wrote in an e-mail.

It noted that further easing of restrictions would depend on criteria including epidemiology, vaccination rates and variant spread.

Michel Nardella, the head of a group representing private care homes, said vaccination has had a huge effect on the morale of residents and staff alike. “We’re taking the same precautions, but the stress level has gone down 50 per cent,” he said in a phone interview.

But while activities appear to be resuming in some homes, one patient advocate said this may not be the case across the board.

Joyce Shanks, whose father, Harvey, is at Maimonides Geriatric Centre in Montreal, says patients such as her father still spend virtually all their time in their rooms with little human contact or recreation. “To be quite honest, all the residents are sort of captive in their rooms, and have been like that for the better part of last year,” she said. “It’s really devastating.”

She said the decision to restrict visits to official caregivers deprived some residents of the family members who used to come help them eat and meet other basic needs. And she doesn’t understand why the home doesn’t get creative in providing more entertainment, even if it’s just having a guitarist play in the halls.

“I don’t want him just safe. I want him to have a quality of life,” she said.

Ms. Laurin and Ms. Dostie were quick to praise the care they’ve received at the home in Laval. But both were clear about what they want to do first when the pandemic ends: to go out.

Ms. Laurin wants to see her new great-grandson and go shopping, while Ms. Dostie wants to spend time this summer in the care home’s garden, which until recently was off-limits.

“I’m going to ask if I can pick a tomato, pick a little bouquet of flowers for my window,” she said. 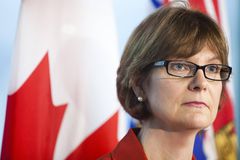 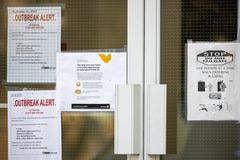 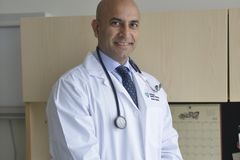