When Ontario’s COVID-19 science table and its pediatric hospitals released their advice on opening schools this week, they recommended that a community’s coronavirus risk level be judged primarily by the number of infected people in hospital, not by case counts alone.

It was a subtle but important shift, one that raises a fundamental question for the fall: Are case counts still the most important factor in determining whether to tighten pandemic restrictions in a highly vaccinated country?

“A case now has a context that is different depending on the immune status of the patient,” said David Naylor, co-chair of Canada’s COVID-19 Immunity Task Force. “That’s the nub of the problem. If we simply count cases and respond to that, we’re going to be spooked and overreact consistently. If we ignore cases, then the risk is that we’ll end up with a bad clone of the British experiment, which most of us regard as reckless.”

On Monday, England lifted nearly all pandemic restrictions, despite case counts that rivalled the heights of the country’s catastrophic second wave in January. Prime Minister Boris Johnson, speaking from quarantine after being exposed to his COVID-positive health minister, argued it didn’t make sense to postpone another wave until the fall, when school is back and the virus has a seasonal advantage.

Mr. Johnson and his government are testing the theory that case counts won’t be the harbingers of severe illness and death they once were now that nearly 70 per cent of the UK’s adult population is fully vaccinated. In England, that figure is 94 per cent among those over 50, the age group likeliest to develop a severe case of COVID-19.

If most confirmed infections are in the unvaccinated young or in vaccinated people with mild or no symptoms, the thinking goes that the faster-spreading Delta variant can run amok without overwhelming the National Health System.

So far, vaccination seems to have weakened, but not severed, the link between cases and hospital admissions in Britain.

To take one example, Britain had 4,658 COVID-19 patients in hospital and was averaging 52 coronavirus deaths a day on Tuesday, the day after most pandemic rules ended. Both measures lag case counts. Two weeks earlier, on July 6, Britain was averaging 26,325 cases a day.

When Britain’s daily case count was in that range in mid-December, before vaccines, the rise in confirmed infections was followed two weeks later by 26,389 people in hospital with COVID-19 and an average of 562 coronavirus deaths a day — 10 times the number of daily deaths Britain is seeing now.

of the second and third waves

Note: Starting points for new waves were determined by sustained

increases in average daily recorded cases. The second wave is 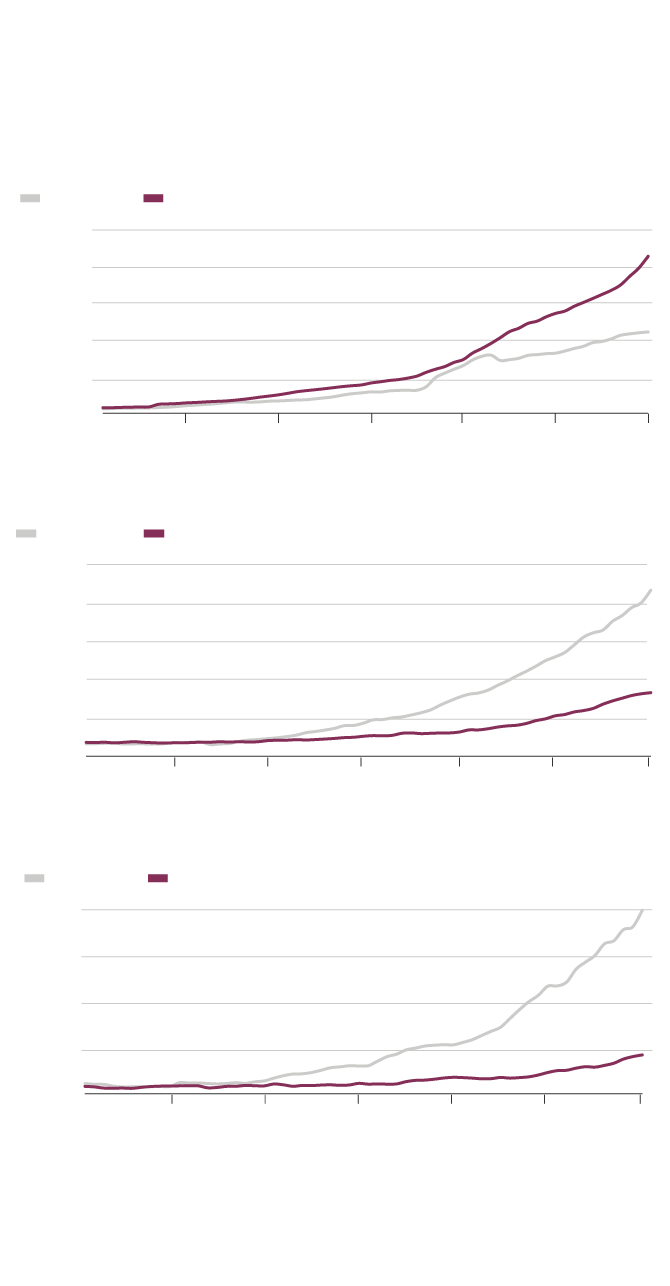 COVID-19 in Britain: First 60 days of the second

Note: Starting points for new waves were determined by sustained 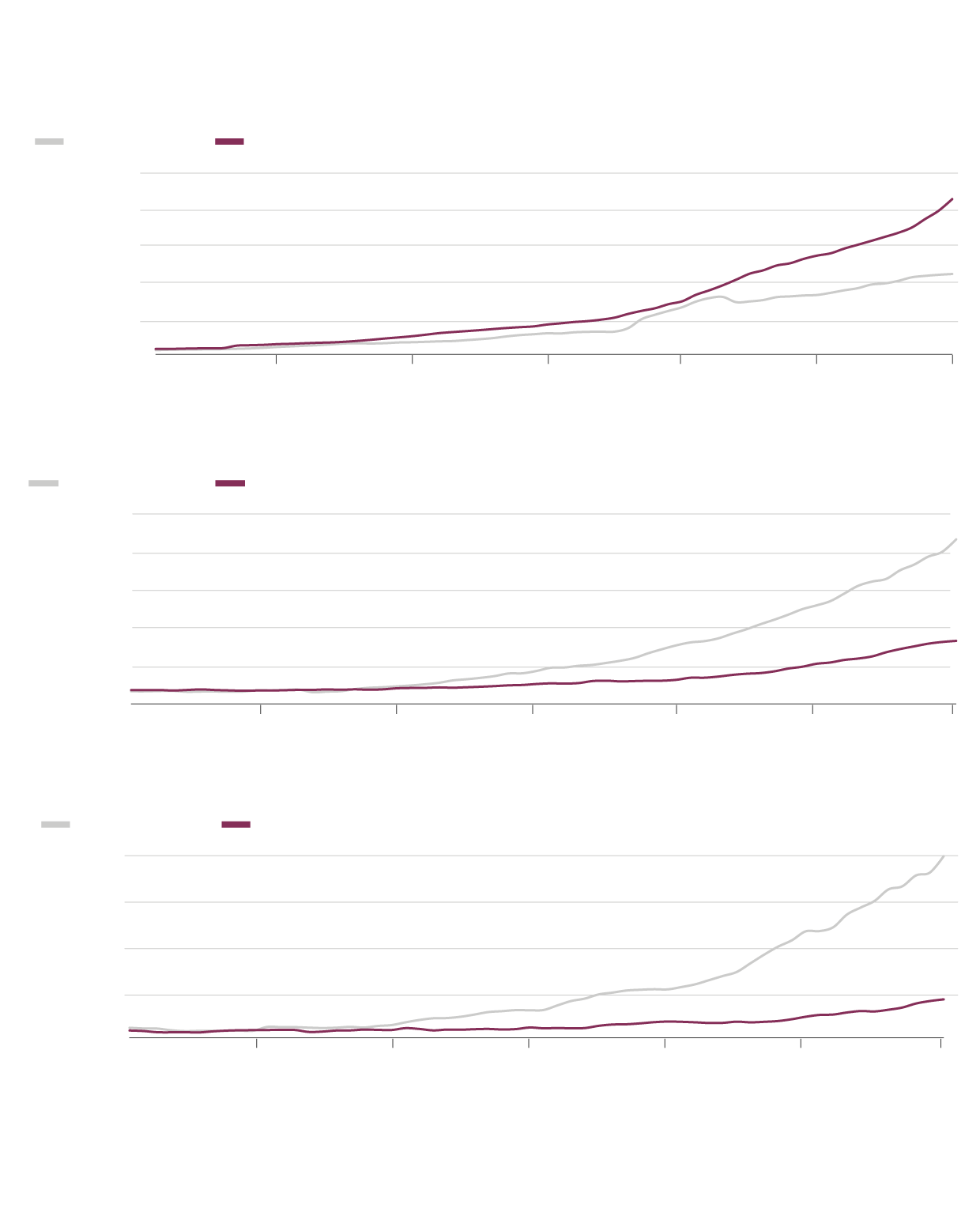 COVID-19 in Britain: First 60 days of the second and third waves

Still, some other highly vaccinated countries grappling with the Delta variant are refusing to take Britain’s gamble. Israel brought back its mask mandate in late June when cases rose, while the Netherlands re-imposed restrictions on restaurants, bars and nightclubs in mid-July after cases soared from about 1,000 a day in early July to more than 10,000 a day in just two weeks.

Dutch Prime Minister Mark Rutte apologized, saying: “What we thought would be possible turned out not to be possible in practice.”

Singapore, too, re-imposed restrictions this week, including a ban on indoor dining, after outbreaks linked to karaoke lounges led to a few days of case counts above 100 — low by international standards, but high for Singapore. A month ago, leaders of the Southeast Asian city-state, which has vaccination levels similar to Canada’s, were publicly discussing a future in which they could, eventually, stop counting cases.

“Instead of monitoring COVID-19 infection numbers every day, we will focus on outcomes: how many fall very sick, how many in the intensive care unit, how many need to be intubated for oxygen, and so on. This is like how we now monitor influenza,” three of Singapore’s top ministers, including its health minister, wrote in an opinion piece for the Straits Times newspaper headlined, “Living normally with COVID-19.”

Dale Fisher, a senior consultant in infectious diseases at the National University Hospital in Singapore, agreed a time will come when enough people are immune, either through vaccination or infection, that SARS-CoV-2 will become an endemic virus, which means it circulates at a level much like the flu.

But getting there will be wrenching, as the British experiment demonstrates. “You can see the problem the U.K. got into. They’re seeing 50,000 cases a day. But the numbers in hospitals are actually flat,” Dr. Fisher said. “The knowledge of the case numbers is killing them.” (The number of Britons in hospital with COVID-19 is now rising, but at nowhere near the speed it did during the country’s winter wave.)

De-emphasizing case counts is a risk, warned Allison McGeer, an infectious diseases consultant at Toronto’s Sinai Health System. Tracking them has allowed policy-makers to reliably predict hospital admissions and deaths and adjust restrictions accordingly. Now, thanks to vaccination, “we’re moving to a situation where cases don’t allow us to predict hospitalization and death with confidence,” she said. “Now we need to start shifting.”

She suggested more focus on new admissions to hospital while still keeping an eye on case numbers.

That shift is really about COVID-19 moving from being an emergency to being manageable. Dr. McGeer said she thinks that’s about a year away in a best-case scenario where 95 per cent of the population is vaccinated, protection from the shots holds steady, and the Delta variant is as dangerous as the virus gets.

”The thing people need to know — and it’s a little bit discouraging — is that it is a relatively long process,” she said.

In the meantime, Canadian politicians and public-health officials have to decide what significance to assign to infections this fall and winter. Canada’s case counts are the lowest they’ve been in a year, but they are expected to rise again as provincial governments ease restrictions. How high they go depends on the interplay between vaccine uptake and the Delta variant.

British Columbia’s Provincial Health Officer, Bonnie Henry, told The Globe and Mail in an interview this week that she won’t be treating cases exactly as she did before vaccines. She expects that by early September, B.C. will switch to reporting weekly case rates rather than daily tallies.

Dr. Henry won’t be urging vaccinated British Columbians to get tested for COVID-19 at the slightest symptom. “In the fall, if you’ve got mild illness, stay home. Stay away from others until you’re better,” she said. “We won’t be saying, ‘get a COVID test before you go back to school or work’ unless you’re a health-care worker.”

Although she is listed as one of 35 authors on the Ontario back-to-school report, she said she doesn’t necessarily agree with the paper’s conclusion that decision-makers should focus more on hospitalizations and less on case counts when determining whether temporary precautions such as masking need to be implemented in the classroom.

“What it implicitly says is that we’re okay with having ... children be infected, so long as our hospitals aren’t overwhelmed,” Dr. Tuite said. “Whether or not that is the right approach comes down to what you think the impacts are of having an infection, particularly in children. I think the reality is that we don’t really know.”

With a report from Danielle Webb