Kerry Austin was taken aback when she got a telephone call from public health, telling her to stay home and isolate until further notice.

She had already spent two weeks confined to her house after she sat at the bedside of her mother the day she died. Marion Rouse, 73, succumbed to the coronavirus on Jan. 11 at Roberta Place, a long-term care home in Barrie, north of Toronto.

Ms. Austin’s situation illustrates the upending of conventional wisdom about how the virus spreads. A new variant of the COVID-19 virus first detected in Britain and now in several other countries, including Canada, is behind the devastating outbreak at Roberta Place.

Growing evidence that the highly contagious and easily transmitted British variant has spread into the local community in Barrie and beyond is forcing public-health officials to re-examine what constitutes a close contact while revamping efforts to identify, manage and assess those who have been exposed to the virus.

The federal government is also preparing to bring in new travel restrictions in hopes of containing domestic growth of the variant. In just three weeks, the outbreak at Roberta Place linked to one case of international travel has infected all but one of the home’s 129 residents. Another eight residents died over the weekend, bringing the toll to 61.

“With this variant, we have always been working one or two steps behind the virus,” said Carmine Stumpo, chief executive officer of Orillia Soldiers’ Memorial Hospital, which is helping Roberta Place manage the outbreak. “It’s moving faster than we are right now.”

The variant known as B.1.1.7 was initially confirmed at Roberta Place on Jan. 23 in six swabs and has since been found in another long-term care home in the Simcoe Muskoka region, where two staff members at Bradford Valley Care Community have tested positive. An additional two confirmed cases in the region are not connected to either home.

More than 300 kilometres away in Southeastern Ontario, public-health officials in Kingston announced their first confirmed case of the variant on Monday. A spokeswoman at the health unit said a Kingston resident, who has since recovered from the virus, travelled several weeks ago on business to Barrie. The individual is not connected to the outbreaks at Roberta Place and Bradford Valley, Suzette Taggart said.

In Southwestern Ontario, public-health officials announced their first case of the variant this weekend at Columbia Forest, a long-term care home in Waterloo. However, there is no known connection to Barrie.

York Region north of Toronto had 15 confirmed cases of the British variant as of last week – the highest in Ontario. Karim Kurji, the region’s Medical Officer of Health, has set up a new contact tracing unit focused exclusively on tracking down anyone who has come in contact with individuals who have tested positive for the variant.

“There are a number of close contacts who are being investigated,” Dr. Kurji said in an interview. “We can expect a greater number of cases.”

Contact tracers in York Region are finding that some individuals who have tested positive for the highly contagious variant have been in a retail store for just a few minutes. Dr. Kurji is in talks with Public Health Ontario to lower the threshold of what is typically considered a high-risk contact: face-to-face interaction within two metres for at least 15 minutes.

A spokeswoman for Ontario Health Minister Christine Elliott said on Sunday that the government has provided interim guidance to the province’s public-health units for screening and tracing contacts of cases associated with COVID-19 variants of concern.

“This guidance does include a lower threshold for classifying contacts as high risk of exposure and requiring quarantine,” Alexandra Hilkene said in an e-mail.

Ms. Austin wonders whether she has been swept up in the more stringent measures. After isolating for 14 days, she worked a shift on Jan. 25 at a grocery store in Barrie, where she has a part-time job. She was scheduled to work this weekend until a public-health official advised her to stay home again. “I don’t know what’s going on,” Ms. Austin said in an interview.

Following confirmation of the variant, the Simcoe Muskoka District Health Unit has shortened the exposure time to as little as a second if individuals were not wearing face masks.

Ms. Austin was wearing two face masks, a shield, a gown and gloves the day she spent several hours at her mother’s bedside. Her mother – known at the home as Miss Marion – seemed “perfectly fine” when she talked to her on the phone the night before she died. “It took her really quickly,” Ms. Austin said.

Her mother was among the first two residents at Roberta Place to die of the virus three days after an outbreak was declared on Jan. 8.

Kelly Wright, a family doctor in Barrie, arrived at Roberta Place a week after the outbreak began and worked there for eight days after the home’s medical director reached out for help. She quickly transformed residents’ rooms into acute-care wards as more and more became sick. “It was sad seeing patients pass away,” she said. “There was no time to grieve.”

The nursing home is the second hardest-hit in Ontario after Tendercare Living Centre east of Toronto, where a record 81 residents have died of COVID-19.

The Simcoe Muskoka health unit is revamping its contact tracing systems instead of relying on people who test positive for COVID-19 to track down their contacts. It is one of many regions in Canada that have significantly scaled back identifying, managing and assessing those who have been exposed because they could no longer keep up with the pace of new infections.

But even with extra help from the provincial government and other health units, Colin Lee, Associate Medical Officer of Health, said he is concerned the region won’t be able to reach everyone.

“Right now, we’re struggling to get to each person within 24 hours,” Dr. Lee told reporters on Friday. “I honestly believe that we are going to be continuing to be overwhelmed with more and more cases.” 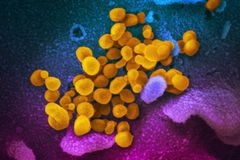 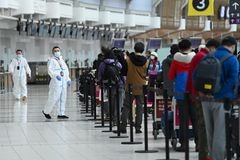 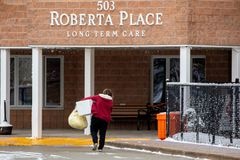 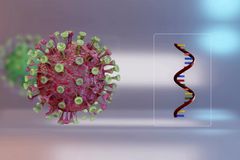