When Chief Harley Chappell gazes out at Boundary Bay from the Semiahmoo First Nation, a small coastal community that is just north of the U.S. border with British Columbia, the issue that is top of his mind is food security.

Since 1976, the community has been unable to harvest clams as a food source in its territorial waters because of pollution in the bay. Now the environmental situation is improving and the band is joining forces with a Vancouver-based scientist and appealing to the public at large to help crowdfund a study that would determine if it’s safe to eat the clams again.

“It would be monumental for us as a community to get back on the beach and hopefully work toward being able to harvest shellfish in our front yard again,” Mr. Chappell said.

If the experiment works, it will be the first time that a federally-approved research project will have relied on crowdfunding for a portion of its support.

“We think this hybrid model will have broader interest, and so perhaps could expand to other science research area, and find other financial backers who are interested in the idea,” said Stefan Leslie, executive director of MEOPAR, a federally-funded research organization based in Halifax that is behind the crowdfunding experiment.

Dr. Leslie said the idea came to him when he was listening to a podcast featuring one of the founders of the crowdfunding website Kickstarter. MEOPAR typically funds marine science projects that range in scale from $100,000 to $1-million. He began to imagine a way to help fund a few smaller-scale projects in which MEOPAR’s support would be supplemented by money raised through crowdfunding.

Dubbed the “Fathom Fund," Dr. Leslie launched the program earlier this month for researchers who have compelling proposals, but who are too early in their careers or too community-focused to compete with more senior scientists or big institutions in a general funding call. Even veteran researchers may see it as a chance to get small projects up and running more nimbly than through the notoriously drawn-out grant-application process that serves as the conduit for most science funding in Canada, he said.

To be approved under the fund, a project must still pass through a scientific review, but the criteria are broader than those that are typically applied to federal research grants.

“The idea is to maintain scientific rigour, but provide opportunities for those who are looking to connect with the people that will be directly affected by their research,” Dr. Leslie said.

That includes Nathan Vadeboncoeur, a scientist and entrepreneur based in Vancouver who this month teamed up with the Semiahmoo First Nation to launch the inaugural campaign under the Fathom Fund. His Coastal Pollution Mapper project is now soliciting funds on Kickstarter.

The project aims to use drones to map the community’s shoreline and river estuary, coupled with laboratory testing for pollutants. As a scientific study, it would also serve as a model for a less costly way of measuring coastal pollution over larger areas. The total budget for the project is $60,000, which includes the cost of two PhD students to conduct the research. For every dollar the project raises through crowdfunding up to $12,500, MEOPAR will chip in $3, effectively quadrupling public donations.

Jamal Shirley, a research manager at Nunavut Arctic College in Iqaluit, and a member of MEOPAR’s research management committee, said that the crowdfunding model could be a boon to northern communities that have little access to federal research dollars because they lack the institutions through which those dollars typically flow. The fact that the communities are small and far removed from those who could help fund their projects should not be an obstacle, he said.

“I think that the Arctic resonates globally, particularly among the community of people that would be contributing to a crowd-sourced program," he said.

Another committee member, Ashlee Cunsolo, director of the Labrador Institute of Memorial University, said the program comes as Indigenous communities across Canada are calling for more access to funds to conduct research that matters to them.

She expressed enthusiasm for the crowdfunding experiment, adding that “it’s really expanding our understanding of the roles and responsibilities of academic research to respond to community needs.” 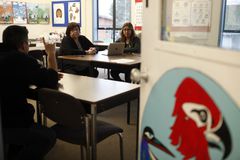 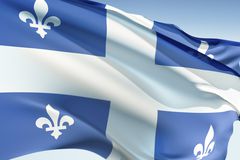