TORONTO
The Canadian Press
Published May 13, 2021 Updated May 13, 2021
For Subscribers
Text Size
Please log in to listen to this story. Also available in French and Mandarin. Log In Create Free Account

Prosecutors allege an Ontario judge made errors in assessing issues related to self-defence and unlawful arrest in the case of an off-duty Toronto police officer convicted of assaulting a young man.

The Crown is appealing Michael Theriault’s acquittal on charges of aggravated assault and obstruction of justice in the December 2016 beating of Dafonte Miller.

Theriault was instead convicted of the lesser charge of assault in connection with the incident, which left Miller with a ruptured eye and other injuries.

Theriault’s brother, Christian Theriault, was also charged but was cleared on all counts – a ruling the Crown is also challenging.

Lawyers representing Michael Theriault are also challenging the verdict, and argued Wednesday the assault conviction was unreasonable based on the evidence.

The Crown is only seeking a new trial if Theriault’s conviction appeal is successful. If the conviction is upheld, prosecutors say it would not be in the public interest to try the case again. 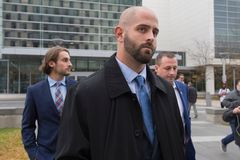 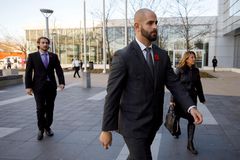