Canada’s national police and spy agencies, long under pressure to co-operate more effectively on security cases, are developing new ways to work together based on Britain’s recent responses to deadly terrorist attacks.

Following the 2017 terrorist assaults in Manchester and London, British intelligence service MI5 and counter-terrorist policing authorities conducted a review to look at how intelligence was handled and identify changes to improve.

The RCMP and the Canadian Security Intelligence Service approached their British counterparts to learn from their findings with the goal of ensuring similar challenges would not undermine work to thwart terrorism in Canada.

“Both organizations were motivated by our collective effort to ensure public safety remains paramount,” the RCMP and CSIS said in a joint response to questions from The Canadian Press.

The effort spawned Midnight Horizon, a CSIS-RCMP review of the United Kingdom’s counterterrorism model that the Canadian agencies say is helping them develop “an updated and clearly defined national security program” to uncover and manage threats.

CSIS and the Mounties point to the British model’s emphasis on a “no-surprise culture” that features robust information sharing to support operational planning while protecting methods and sources.

Midnight Horizon prompted the spy service and national police force to initiate an “operational improvement review” of Canadian practices in 2018. Both exercises “call for systematic changes to the way CSIS and the RCMP conduct and collaborate on national security investigations,” the agencies said.

“Significant effort has been undertaken to ensure recommendations are adopted and implemented within both organizations,” CSIS and the RCMP said.

CSIS was created in 1984 after scandals led to dissolution of the RCMP Security Service. The new civilian intelligence service was to gather information and advise the federal government of threats from suspected terrorists and spies, but it would have no arrest powers.

CSIS works with the RCMP through the “One Vision” framework, which guides how the agencies collaborate on security cases.

But it has not always been seamless.

The 1985 bombing of an Air India plane, killing all 329 people aboard, most of them Canadians, is widely seen as a failure to forge a well-oiled working relationship.

More recently, Frank Figliuzzi, the U.S. Federal Bureau of Investigation’s former head of counter-intelligence, said it fell to him to tell the RCMP about a spy in the Canadian navy in 2011, even though CSIS already knew of Jeffrey Delisle’s sale of classified information to the Russians.

Concerns that sensitive intelligence gathered by CSIS might ultimately be disclosed in court as evidence in a criminal prosecution has sometimes meant a reluctance to share the information with the Mounties.

CSIS and the RCMP say that as a result of the operational improvement review, discussions between the agencies “are more frequent and occur earlier in the process.”

Among the changes to date:

The spy and police agencies said they “continue to be fully supportive” of putting changes in place.

“This complex work however is ongoing and challenges remain, particularly as it relates to the issue of intelligence and evidence. These significant challenges will require a whole-of-government approach in order to address.”

Early in the process of implementing changes, senior executives from the two agencies and the prosecution service travelled to regions across Canada to listen and to build consensus among front-line RCMP and CSIS officers, says an internal memo released through the Access to Information Act.

The early 2020 message to personnel, signed by RCMP Commissioner Brenda Lucki and CSIS director David Vigneault, says the agencies would seek support for the plan from the government as well as partners throughout the security-and-intelligence community.

“Most importantly, we ask that all of you continue to embrace change, and be active participants in our evolution. Your dedication and support is necessary for our success.” 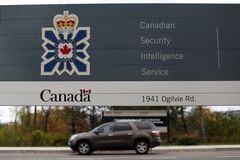 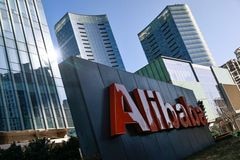 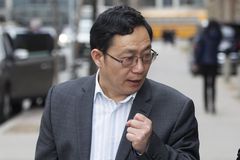