Dalhousie University’s leadership is facing mounting pressure to take a clear stance on blackface, with a group of law professors asking the school’s top academic administrator to confirm it violates the code of student conduct and personal harassment policy.

In a letter to the Halifax university’s provost on Tuesday, 28 members of the law faculty said they are concerned with statements about blackface made by the school’s new interim president, Peter MacKinnon.

The incidents sparked outrage on campuses, but MacKinnon suggests in his book there was a “lack of proportion” in the responses.

A group of Dalhousie students spoke out about the book, saying it expresses “racist perspectives” and “oppressive rhetoric,” which prompted MacKinnon to issue a statement and address the senate on the matter.

“I do not condone blackface,” he told the senate last week. “I regret any interpretation to the contrary, and the distress it has caused.”

Still, law professors are questioning whether the university’s policies would sanction the use of blackface on campus this Halloween, or dismiss it as “just a party.”

“In this book, Mr. MacKinnon characterizes the practice of blackface as ‘frequently, though not always, viewed as racist,’” the letter signed by the majority of Dalhousie’s law faculty said.

“These statements have caused us concern about how Dalhousie’s policies could be applied to similar facts, should they arise here.”

The letter, addressed to provost Teresa Balser, calls on the school’s senior administration to issue a “clarifying statement” to provide “effective and reliable guidance to Dalhousie students and employees.”

“We ask the administration to confirm that an individual who wears blackface at an event to which the Code of Student Conduct or Personal Harassment Policy applies will be considered to have known or ought to have known that their behaviour would cause another person to feel demeaned, intimated or harassed.”

Dalhousie spokesman Brian Leadbetter said while neither Balser nor MacKinnon were available for an interview, the university’s position on blackface is clear.

“Blackface is absolutely unacceptable and wrong,” he said in an e-mail. “All forms of racism, including blackface, are an affront to our values as a university and will not be tolerated at Dalhousie University.”

He added that having a safe, supportive and respectful environment for all members of the school’s community is the highest priority, and that if an incident involving blackface came to the university’s attention a number of policies – including the Student Code of Conduct and Statement on Prohibited Discrimination – could apply.

“Any complaint would be referred for investigation through the appropriate processes,” Leadbetter said.

“It is not a positive portrayal,” said Jones, the Nancy’s Chair in Women’s Studies at Mount Saint Vincent University. “It has its roots in the degrading enslavement and exploitation of black people.”

The suggestion that blackface is harmless – or even a complimentary tribute – shows an ignorance of slavery’s history in Canada and its ongoing impact on black people, she said.

“When black people speak out about this, it’s not hypersensitivity,” Jones said. “We’re well aware of the historical origins that this is an enslavement-era portrayal.”

Kim Brooks, a professor at Dalhousie’s Schulich School of Law and one of the signatories of the letter, said the university has made substantial progress building an inclusive community over the last five years.

But she said that progress requires “careful tending.”

“When messages from members of senior administration suggest that ‘reasonable people differ’ in their approach to issues like the wearing of blackface … it erodes confidence that the university as an institution supports an inclusive environment,” Brooks said.

MacKinnon raises a number of contentious topics in his book – including blackface – and suggests that “freedom of expression is under attack in our universities.”

“But the ability to walk that fine line is diminished when the most senior members of the university, people who set the tone on campus, take public positions on matters that are contrary to the spirit of equality and inclusion on campus,” she said.

Jocelyn Downie, a law professor and the James S. Palmer Chair in Public Policy and Law at Dalhousie, said she’s concerned that MacKinnon’s minimization of the harms of blackface will perpetuate the exclusion of black and “racialized” Nova Scotians from the university community.

“This is a moment in which the administration should ask itself the question that was posed to us all during its 200th anniversary year: What would Dalhousie look like if all of us felt we truly belonged?” she said.

“The answer to that question surely includes that the Dalhousie administration would speak out against blackface.” 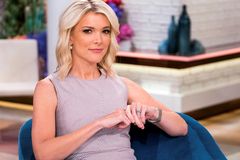 Alberta school division apologizes after staffer wears blackface for costume
May 14, 2018
Report an error
Due to technical reasons, we have temporarily removed commenting from our articles. We hope to have this fixed soon. Thank you for your patience. If you are looking to give feedback on our new site, please send it along to feedback@globeandmail.com. If you want to write a letter to the editor, please forward to letters@globeandmail.com.
Comments