He was a shaggy, undersized horse with no name who preferred the company of reindeer, the last of his wild line to know fences, enclosures or humans.

The only remaining Sable Island horse in captivity was euthanized this week by veterinarians at Shubenacadie Wildlife Park north of Halifax, triggering a renewed debate about what to do with the 400 or so feral horses that still live on a remote spit of sand some 300 kilometres off the coast of Nova Scotia.

“It’s the end of an era,” said Tabitha Cox, head nature interpreter at the Shubenacadie park. “He was such a unique animal to have.”

Almost 70 years ago, this horse’s ancestors were targeted for removal from Sable Island after biologists said they were damaging the habitat. But the federal government’s plan, which would have sent the animals to work in coal mines or be slaughtered for dog food and hides, prompted a national letter-writing campaign from schoolchildren.

By 1960, then-prime minister John Diefenbaker bowed to public pressure and put the feral animals under federal protection. In addition, he sent a small herd as a gift to three wildlife sanctuaries on the mainland so that people in the province could see the animals without travelling to Sable Island. This gift included the grandparents of the horse who died this week.

Today, there’s still not agreement about how best to handle the wild horses that remain on Sable Island. Some scientists argue the animals’ constant grazing has turned the island into a desert, dramatically altering the ecosystem while pushing out native seabirds and other species.

“They’re an invasive species with no control over their population,” said Ian Jones, an ecologist at Memorial University in St. John’s. “These waves of introduced animals are basically keeping the island in this desert state.”

Horses first arrived on Sable Island in the 1750s, after they were seized from Acadian settlers on the mainland by the British. Over the decades, other horses were introduced to the population, intended to be used as working animals for the island’s farms. While the humans and other livestock long ago vanished, the horses survived and learned to adapt to the island’s harsh conditions.

Prof. Jones is quick to say he loves horses – he and his wife own a Newfoundland Pony – but says something needs to be done to remove the animals from such an ecologically sensitive area as Sable Island. The animals have stripped the island of almost all vegetation except for sea grass, and as much as 10 per cent of the herd dies off every year owing to starvation, he said.

He said Parks Canada is more concerned about the tourism dollars the horses bring than doing what’s right for the animals. Sightseers pay more than $7,000 each to fly to Sable Island, as part of a tightly controlled tourism attraction run by the federal agency.

“Parks Canada seems to be listening to those commercial interests, rather than scientists saying you should manage the island for nature, not abandoned farm animals,” Prof. Jones said. “This is not about ‘horses are bad, they should be eradicated.' This is about a fragile, remote ecosystem. Islands are some of the most fragile ecosystems on the planet, especially when non-native animals are introduced.”

For the past two years, the Shubenacadie park’s Sable Island horse lived alone in a hilly paddock, avoiding interaction with people and often lingering by a fence next to the reindeer enclosure, Ms. Cox said.

The animal, with its short, thick coat and small stature, drew a lot of attention at the park. He didn’t look like the domestic horses most visitors were used to, and was often mistaken for a pony.

“When people didn’t realize he was a Sable Island horse, they’d be like, ‘Why is your horse kind of odd-looking?' ” Ms. Cox said. “We’re going to miss having such a special creature. There’s so much myth and mystery around Sable Island. … He was a big draw for us and he captured the interest of so many people.” 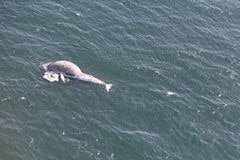 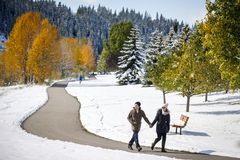