Montreal endured its sixth straight day of furnace-like temperatures as heat-related deaths across Quebec climbed to at least 17 and wilting humidity was expected to deliver weather that feels like the mid-40 C range on Thursday.

Authorities attributed 12 deaths in Montreal to the double blow of intense heat and humidity. The remaining deaths were reported in regions across the province.

All the deaths struck those most vulnerable during heat waves: People with underlying conditions such as mental illness or heart and lung disease. All of the victims were in apartments without air conditioning, and most lived alone.

Related: Climate change not one heat wave, but a pattern of extremes: scientist

Heat waves have also swept Southern Ontario and Atlantic Canada, and places such as Ottawa, where the humidex was at 39 C, and Toronto have bathed in sweltering heat for days − yet those jurisdictions have had no reported deaths.

Ontario’s Office of the Chief Coroner has received no reports of heat-related deaths as of Wednesday, a spokesperson said.

Prime Minister Justin Trudeau tweeted about the heat waves hitting parts of Canada: “My thoughts are with the loved ones of those who have died in Quebec during this heat wave. The record temperatures are expected to continue in central & eastern Canada, so make sure you know how to protect yourself & your family”.

One thing that distinguishes Montreal from other jurisdictions is an established system that requires front-line health providers to systematically report health-related deaths. Montreal became, in 2002, one of the first cities in North America to adopt a heat-response plan, and a 2010 heat wave that caused more than 100 deaths led officials to fine-tune their preparedness, said David Kaiser, a specialist with Montreal’s public-health department.

“A hundred deaths was 100 deaths too many. It allowed us to work better,” Dr. Kaiser said. “The heat wave in 2010 was an important test for us.”

Still, meteorologists say Montreal’s cloying cocktail of heat and humidity has been exceptional.

The base temperature in Montreal exceeded 31 C for the sixth day in a row on Wednesday, and it’s expected to rise to 35 C on Thursday – 46 C with the humidex, according to Environment Canada. (By comparison, the mercury didn’t rise above 30 C a single day in Montreal last summer).

It has felt like close to 40 C for several days in Montreal, leaving the city resembling an open-air steam bath.

“This is what is out of the ordinary – the humidity and the duration of the heat wave,” said Alexandre Parent, an Environment Canada meteorologist. The last time a heat wave lasted this long was 1946.

Other causes might explain the fatal impact of the heat wave. Nights have cooled to only the low 20s, depriving the body of its ability to recover. Dr. Kaiser says homes without air conditioners can expose the body to 10 or 12 hours of heat without relief, especially for those at risk. “At night, they have no way to get out of the heat,” he said.

Montreal’s heat-preparedness plan kicked in on Tuesday when Montreal shifted to its highest level of alert, dispatching fire crews to knock on the doors of the vulnerable and urging citizens to check on neighbours. The fire department has visited 20,000 addresses since the alert went into effect. The city also extended pool hours, opened cooling hubs in health clinics and sent water to groups helping the homeless.

The city’s responsiveness also comes in the context of a new reality of killer heat waves around the world. In France, 15,000 people died in 2003 after a crushing wave of heat, many of them isolated and elderly. It may help explain why Montreal Mayor Valérie Plante and public-health officials have urged people to check in on neighbours and loved ones in recent days. Those most at risk are often people living alone.

“Think about your neighbours; think about your family members, grandpa, grandma; think about your kids, your friends,” said Mélissa Généreux, the director of public health in the Eastern Townships. “Why not give them a call, a visit, take them out of the house … a bit of cool air could do some good and save lives,” Dr. Généreux said.

The city is expected to finally get a break in the weather on Friday, when temperatures dip to 24 C.

Climate change not one heat wave, but a pattern of extremes: scientist
July 3, 2018 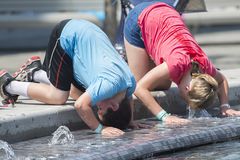 Storms knock out power for thousands in Quebec during heat wave
July 3, 2018 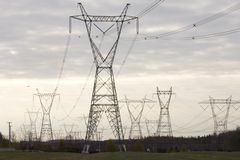 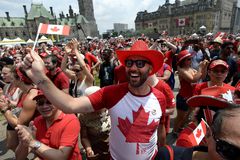