The Liberal senator leading the Canadian parliamentary delegation travelling to China says his group will tread carefully in calling for the release of the two Canadians detained there.

Senator Joseph Day said that engaging directly with Chinese lawmakers is crucial but his group doesn’t want to do anything to hurt Michael Kovrig and Michael Spavor.

“We will first of all do nothing to harm their situation, and we’ll do everything we can to make sure that they’re treated fairly and hopefully the result of – indirectly – of our visit will be that the judicial and executive branches in China decide to release these two gentlemen,” Mr. Day told The Canadian Press by phone on Friday from Montreal before boarding a flight to the People’s Republic.

The two countries may have different views about what constitutes the rule of law but both need to find common ground on some basics, he said.

So far, none of that has been afforded to Mr. Kovrig and Mr. Spavor, each of whom has had only one visit by the Canadian ambassador in China since being arrested last month. The detentions are in apparent retaliation for Canada’s arrest of high-tech executive Meng Wanzhou at the request of the United States. The Chinese government has said they’ve both been arrested on national-security grounds.

On Thursday, a Chinese government spokesman said it was not “convenient” to discuss the allegations against the two Canadians despite an assertion by the country’s top prosecutor that they broke the law.

China’s chief prosecutor, Zhang Jun, told a separate briefing on Thursday that “without a doubt” Mr. Kovrig and Mr. Spavor broke the country’s laws and are being investigated.

The Chinese government, including its ambassador to Canada, as well as the country’s state-controlled media have sharply criticized the Canadian legal system. Ambassador Lu Shaye has called Ms. Meng’s detention “a miscarriage of justice” and said it has “no basis in international law.”

Canada has an extradition treaty with the United States and Ms. Meng has been released on bail after an open court hearing in Vancouver.

Mr. Day said part of his delegation’s task is to explain such things to their fellow Chinese lawmakers.

“We have our work cut out for us in terms of explaining our system and how it’s different.”

The stated purpose of the trip is to deepen Canada’s trading relationship and people-to-people ties with China in an attempt to reduce Canada’s reliance on the United States, he said.

“We’re building a relationship with them that’s critically important because the better you get to know one another the more they will discuss things frankly and openly. Until you do that, you don’t get beyond the diplomatic niceties.”

Mr. Day said his delegation has been well briefed by Global Affairs Canada and he’s not worried about its members’ personal security. He added that a firmer travel advisory for Canadians, warning them about visiting China after the Mr. Kovrig and Mr. Spavor arrests, would be counterproductive.

Mr. Day is leading a six-member delegation of the Canada-China Legislative Association on a trip that had been planned before the current controversy erupted. The delegation includes a Conservative senator, three Liberal MPs and one Conservative MP.

They are travelling to Shanghai, Shenzhen and Hong Kong and will meet with counterparts from China’s National Peoples’ Congress.

Mr. Day said the delegation will not meet with John McCallum, the Canadian ambassador based in Beijing, but it will receive a briefing on the latest developments regarding the detainees from Weldon Epp, Canada’s consul general in Shanghai.

Mr. Kovrig is a diplomat on leave from Global Affairs Canada and is employed by the International Crisis Group; Mr. Spavor is an entrepreneur who organized travel to North Korea.

Robert Malley, president of the International Crisis Group, urged the lawmakers’ delegation to push for the release of the two Canadians in any meetings with their Chinese counterparts. He said the continued detentions are harmful to China because they will discourage business people, academics and others from travelling to the country

“I think it’s important that they raise this case and that they make clear that China understands that even though they’re going, others are not going, and over time, still others will decide not to go if they feel that the atmosphere and the environment in China is not safe for this kind of travel,” Mr. Malley said in an interview.

The Conservative opposition has criticized the Liberal government for not doing enough to secure the release of the two Canadians, and has targeted Prime Minister Justin Trudeau for not calling his counterpart directly. Mr. Trudeau has said that bypassing diplomatic channels could backfire.

Mr. Malley said he has full confidence in the approach the government has taken.

“I’m sure that Canada is doing everything that it can to secure the release of their nationals. I have no doubt about that. I’m not going to second-guess what they are doing.” 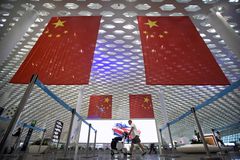 Thirteen Canadians have been detained in China since Huawei executive’s arrest, says Ottawa 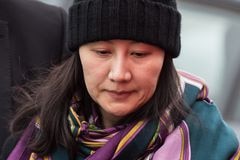 Opinion
What if the crisis is coming from inside China? Subscriber content 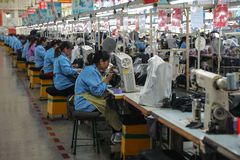