A day before the Ontario election, Nathalie Des Rosiers, the Liberal candidate for Ottawa-Vanier, issued a warning: A vote for the New Democratic Party was "a vote for Doug Ford.”

People may have listened. Ms. Des Rosiers won her race – one of just seven Liberal seats left in the province.

In the coming days, we’ll hear much about what, exactly, clinched this election for Doug Ford’s Progressive Conservatives. Tax cuts, stagnant jobs, buck-a-beers and lower gas prices, maybe – but given the Liberals’ historic collapse, did an NDP-Liberal split vote have an effect?

Let’s do some math. Mr. Ford’s campaign delivered 76 seats, far more than the 63 necessary to clinch a majority. Other parties would have had to siphon off 14 ridings to bring the PCs down to 62 seats, one shy of a majority.

As it turns out, the PCs won 34 ridings where the NDP-plus-Liberal vote outnumbered the PC vote. That’s well beyond the 14 seats necessary to deny the PCs a majority.

In 34 ridings won by PCs where combined

In 34 ridings won by PCs where combined NDP-Liberal

vote was greater than PC vote 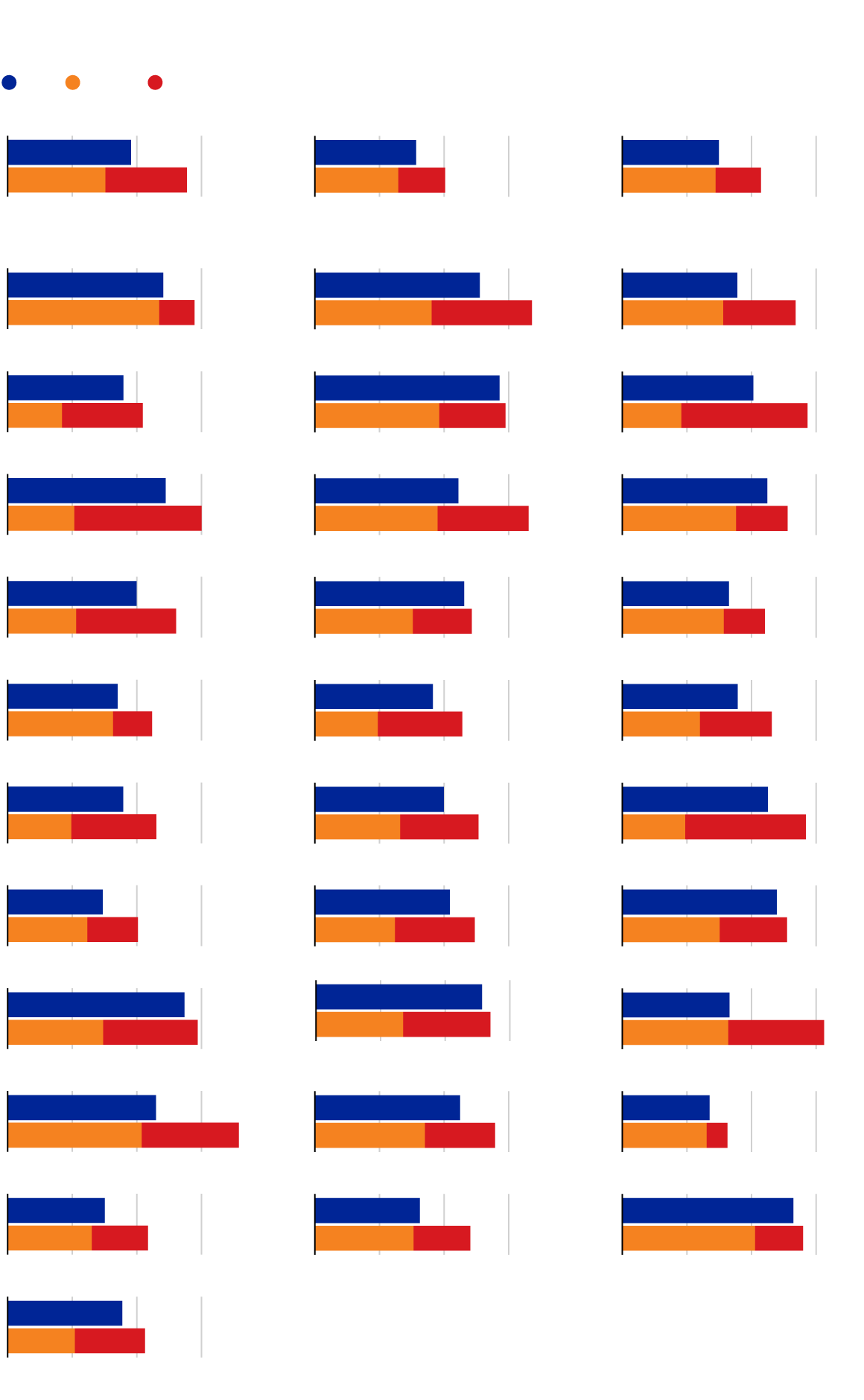 Of course, NDP and Liberal votes aren’t necessarily fungible, so we can’t assume Liberal voters would be willing to vote orange. But, for the purposes of this exercise, let’s say the goal would have been for the NDP to steal away Liberal votes, given that they’re now going to be the Official Opposition. How deep into the Liberal electorate would the NDP have had to dip to secure those 14 seats?

To figure this out, we can look at the PC-NDP vote margins for our 34 ridings. In some ridings, that margin was razor-thin, such as in Ottawa West-Nepean, where the PCs beat the NDP by fewer than 200 votes in a race that may lead to a recount. In PC candidate Kinga Surma’s Etobicoke Centre, however, the margin came in at a whopping 14,121 votes.

To determine what percentage of Liberal votes the NDP would have had to flip to secure those 14 seats, we can take each riding’s PC-NDP margin and divide it by the total number of Liberal votes.

It wouldn’t have been easy.

Ultimately, it may have cost the NDP a few ridings, but the PCs’ majority can’t be chalked up to the left-leaning parties purely splitting the vote.