It has become an annual ritual in Manitoba – mid-winter thoughts turn to the spring melt, and whether land and communities will be threatened by rising water that comes from rivers as far away as the Rocky Mountains and South Dakota.

The water comes through every year on its way to Lake Winnipeg and Hudson Bay. Often, it stays within riverbanks. But sometimes it combines with heavy precipitation and other factors to spill over, force evacuations and threaten damage in the millions of dollars.

Over the past six decades, Manitoba has developed a complex network of dikes, dams and ditches to keep water flowing to its destination without harming Winnipeg, Brandon and many other communities.

“If there was an institute for floods – a Noah Institute – it would have to be located in Winnipeg because we have spent all our history, nearly, dealing with the flooding problem,” Paul Thomas, professor emeritus of political studies at the University of Manitoba, said in a recent interview.

As a young boy, Mr. Thomas and his family were among almost 100,000 people forced to flee their homes during the big flood of 1950, which prompted Manitoba to start building extensive flood-prevention infrastructure.

“We couldn’t travel on the highway at one point. My grandfather went on the railway track driving … with one wheel inside the track and one wheel out, bumping along,” Mr. Thomas recalled.

“We have family photos of my dad paddling a canoe into the living room in our modest storey-and-a-half home.”

After that flood, the Manitoba government built the Red River Floodway – a channel almost 50-kilometres long that diverts water from the Red River before it reaches Winnipeg from the south, carries it around the city and dumps it back in.

The Flood of the Century in 1997 prompted officials to build community dikes and other defences higher along the Red River Valley. The floodway around Winnipeg was expanded to handle more water.

A flood in 2009 was made worse by ice jams north of the city, so the government invested in more ice-breaking equipment.

The Assiniboine River Valley was hit in 2011 and dikes in Brandon, Souris and other communities were enlarged soon after.

First Nations communities along Lake St. Martin were evacuated and many people could not return home for years while new homes were built. Some improvements to flood prevention in the area are still waiting for federal regulatory approval.

Overall, the province appears confident that its array of flood-prevention measures can handle what might come, especially in the Red River Valley, where most of Manitoba’s population is.

“For the most part there isn’t a lot of property damage in the Red River Valley during a large event,” said Ruth Eden, acting assistant deputy minister of water management and structures.

In bad years, the water can wash out roads and surround small towns protected by ring dikes. It can force rural residents to rely on boats to get around for several days. But eventually the water subsides.

“The water goes down, we go in and fix what damage has been done and life goes back to normal,” Ms. Eden said. 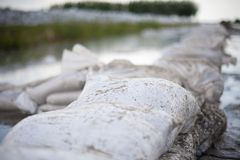 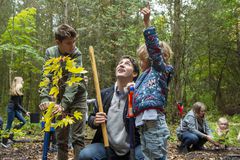 Ontario homes at risk of flooding should be made public: report
November 28, 2019 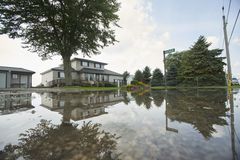