During an overnight shift in the emergency department last week, Ottawa doctor Lisa Fischer treated a woman worried about getting COVID-19 after a passenger on the flight home from her Caribbean vacation tested positive.

At her Ottawa practice, family physician Nili Kaplan-Myrth has stopped seeing patients in person for a couple weeks – too many were coming in with “just a little cough” or after family visits or travelling, despite public health warnings to stay home.

In Edmonton, while certain politicians were sunning down south over Christmas, ER doctor Shazma Mithani was hustling to save lives in an over-taxed hospital that was seeing sicker patients with each passing day.

Behind their caring bedside manners, doctors are fuming. Exhausted by 10 months of a pandemic now only getting worse, they are increasingly taking to social media to vent about people not following restrictions, politicians flouting their own government guidelines, and the slow rollout of the vaccine.

“It is hard not to get angry,” Dr. Fischer says, when people are making choices that increase the risk of more cases. “People just justify things for themselves. But those excuses kind of get old after a while.”

Will one dose of the COVID-19 vaccine be enough?

And then there are the doubters – those who won’t wear masks, follow the rules or are resistant to vaccination – a particular group of patients that doctors will likely end up treating soon enough. Last week, Dr. Mithani received a hateful e-mail, with the sender accusing her of spreading lies about a “fake pandemic” – a response to her publicly denouncing the politicians who left Canada for vacations.

The message was unsettling, but more because it was another example of the anti-science rhetoric Dr. Mithani worries is growing – and becoming yet one more frustration that doctors and nurses must deflect. “We are there in the trenches – we see what is happening,” she says. “We are just trying to preserve lives.”

If the average Canadian is angered by elected officials, public servants and even an Ontario hospital chief executive skipping away for holidays abroad while so many sacrificed being without their families, imagine the exasperation among health care workers who will have to confront the fallout. Toronto infectious disease doctor Andrew Morris uses this analogy: working on the front lines right now is like watching a brick fall from the sky, yet being unable to warn the victim to step to safety.

This lack of control is a main source of burnout, particularly for an already weary group facing the toll of the pandemic at work and personal complications at home. “I haven’t hugged my parents since March,” Dr. Mithani says. Over Christmas, she met with her family only virtually, even though they live nearby. Yet many Canadians didn’t follow suit – a recent poll indicated nearly half the respondents attended gatherings during the winter holidays.

The state of the country’s medical professionals should be a concern for everyone – especially as virus cases surge. Weary, overwhelmed doctors can make more mistakes and are at higher risk of illness.

What’s more, many doctors were struggling with burnout symptoms well before COVID-19 – a study published in June based on data collected in the summer of 2019 found that more than 85 per cent of emergency doctors met at least one of the criteria for burnout. Canadian research published in June in the journal Physician Wellness found that during the first 10 weeks of the pandemic, emergency doctors may have experienced a mental-health boost – galvanized, perhaps, by a common cause and energized by public support.

But researchers are currently conducting interviews and gathering data for a second round. The study’s lead author, Kerstin de Wit, an ER doctor in Kingston, says that based on anecdotal evidence, she wouldn’t be surprised if the burnout rates have spiked again.

Receiving the vaccine will definitely help, as Dr. Fischer learned, when she got her first dose on New Year’s Day. “It was the biggest moment of hope I felt in a long time,” she says, “which I didn’t even realize I needed.”

But the vaccine’s rollout is also a source of tension. Dr. Kaplan-Myrth is frustrated that as a community doctor, she still has no word about when she might be next in line for the vaccine – a delay she sees as a lack of appreciation for the role that family doctors play in keeping people out of hospital, and the risk they take in seeing patients.

At office appointments in early December, “people were telling me their stupid plans for the holidays. You have to keep a calm demeanour. But they are potentially exposing me, too.”

She describes long days helping single moms try to self-isolate while caring for their kids, or counselling lonely patients and grieving families. As a family doctor working on a fee-for-service basis, she points out that she has no employer health benefits, no pension, no paid sick leave. “It’s all so disheartening,” she says. “This is a marathon we are running – with no end in sight.”

Indeed, seeing the finish line may actually be counterproductive, suggests Rod Lim, head of the wellness committee for the Canadian Association of Emergency Physicians, who has also studied burnout. Those last 10 kilometres of the marathon can be the hardest to muster through. Even then, the effects of sustained stress may be felt well after that finish line is crossed. While some doctors still have the motivation to advocate on social media and elsewhere, many others “don’t have the energy to complain,” Dr. Lim says. “They are worn down and they know what is coming.”

For many urban emergency departments, that moment has already arrived. Patients linger on beds because there is no room on hospital floors. Intensive-care units are full. Those coming in are in more acute stages of illness because they are waiting it out too long at home to seek treatment; that has meant doctors are diagnosing more advanced cancers in emergency, and losing heart patients who would have otherwise survived.

In Scarborough last Wednesday, Lisa Salamon experienced what she later called the most difficult ER shift of her 14-year career. When she arrived at 10 a.m. there were 20 patients already waiting for beds in the hospital. She treated one patient, gurgling and struggling to breathe, who had been waiting in the hallway with paramedics because there was no other room available.

She had to tell a family that, because of pandemic restrictions, they could not come in to see their loved one whose condition was worsening. Another patient, an elderly woman dying of COVID-19 whose husband had been sitting outside her door had to be moved quickly to make space in a resuscitation room for a middle-aged COVID-19 patient who was receiving CPR in an ambulance just minutes away.

Heading home that night, “I had tears in my eyes,” Dr. Salamon says. “We are beyond the brink.” Some of the worst COVID-19 cases she sees are people who catch the virus at work, or who live in cramped living conditions with their families. But this makes it all the more frustrating, she says, when those who can follow guidelines choose to break them.

In Edmonton, Dr. Mithani describes a similar shift, where it seemed as if she and her colleagues were having to resuscitate one patient after another. Not all of them were COVID-19 cases, but everyone still has to be treated that way, which adds to the complexity – on top of the rapid-fire brainstorming necessary when patients don’t respond to treatment as expected. “You are wound up through the whole shift,” she says. “It takes a very big emotional and cognitive toll.” So hearing about politicians sunning on beaches – and potentially increasing that burden with their bad example – that’s just salt in a festering mental wound.

“Either we think the pandemic is a problem, or we don’t,” says Dr. Morris, who recently took to Twitter to describe his current mood: enraged. But he knows even righteous anger won’t change the future. “The next few months are going to be dark.” The choices made now by both the public and policymakers, he says bluntly, will determine just how grim it gets.

Ontario Premier warns of ‘turbulent waters’ ahead in fight against COVID-19
January 10, 2021 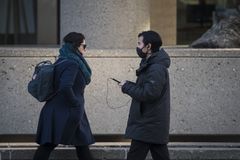 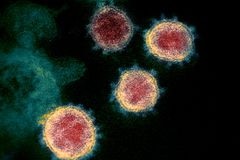 Coronavirus information
The Zero Canada Project provides resources to help you manage your health, your finances and your family life as Canada reopens.
Visit the hub
Follow Erin Anderssen on Twitter @ErinAnderssen
Report an error Editorial code of conduct
Due to technical reasons, we have temporarily removed commenting from our articles. We hope to have this fixed soon. Thank you for your patience. If you are looking to give feedback on our new site, please send it along to feedback@globeandmail.com. If you want to write a letter to the editor, please forward to letters@globeandmail.com.
Comments