Canada needs a new and aggressive strategy to reduce COVID-19 cases to zero, a group of doctors and infectious disease experts is urging, as the rates of infection reached record highs in various parts of the country over the weekend and hospitalizations and deaths continued to rise.

With provinces such as Alberta, Ontario and Quebec recording more than 1,000 new cases a day, some doctors and politicians have proposed implementing “circuit breakers," two-week economic lockdowns to bring COVID-19 cases under control. But as public health experts push for tighter restrictions, with some arguing that even two weeks wouldn’t be enough, economists are warning that a full-blown lockdown could add hundreds of billions of dollars in new government debt.

Andrew Morris, an infectious diseases specialist at Toronto’s Sinai Health and University Health Network, said brief and sporadic circuit breakers will only prolong the pain and the country’s current approach has resulted in “muddled communication,” with various regions grappling with different acceptable rates of infection. Instead, he and his colleagues, who have taken to social media under the hashtag #COVIDzero, are calling on governments and public health officials to work together to stamp out community spread of the virus altogether – a goal that requires longer and stricter restrictions in the interim.

“If you do it just for a few weeks, we’re going to have it rise again,” Dr. Morris said. “I think we need to understand that we need to drive the number of cases dramatically down. That’s going to take weeks and weeks.”

If COVID-19 cases can be brought down as close to zero as possible and maintained at that low level, he said, Canadians will not have to worry about further lockdowns, the need to shut down businesses and schools, and more deaths in long-term care, retirement homes and group homes.

“Every other approach leads us to repeated waves,” he said.

About 4,613 new COVID-19 cases and 63 deaths were reported across the country as of Nov. 14, with Ontario, Quebec, Alberta, Manitoba and Saskatchewan reporting record-high numbers over the weekend. The number of people experiencing severe illness was also climbing, with a seven-day average of 1,438 individuals hospitalized, and 280 in intensive care units across the country.

In a statement on Sunday, Theresa Tam, Canada’s chief public health officer, said the situation is putting pressure on health resources and forcing hospitals in several areas of the country to cancel elective operations and procedures. Ontario’s William Osler Health System, which runs hospitals in hard-hit Brampton and Etobicoke, says it has temporarily cancelled some elective operations. Trillium Health Partners, which sees some of the highest numbers of COVID-19 patients in Ontario, said its planned operations and procedures are continuing as scheduled, but the hospital was at 101-per-cent capacity across all sites as of Friday.

Steve Buick, a spokesman for Alberta’s Minister of Health, said the demand to reduce cases to zero, or near zero, is extreme.

“It would do more harm than good by throwing hundreds of thousands of people out of work indiscriminately in an economic crisis, disrupting kids' education, and disrupting community life in ways that do real harm to mental health and well-being,” he said in an e-mail.

But Irfan Dhalla, a physician at St. Michael’s Hospital and a vice-president of Unity Health Toronto, said countries like Australia and New Zealand, as well as Atlantic Canada, have demonstrated how a strategy that keeps rates close to zero can save lives and allow businesses to reopen fully.

“It was speculation, I suppose, in April or May to say that a COVID zero approach would be the best approach. In November, I don’t think it’s speculation any more,” Dr. Dhalla said.

A second lockdown would be costly. Already Canada’s net federal debt is on track to hit $1.2-trillion by the end of the current fiscal year next March, with the federal government projecting a $343-billion deficit. And that amount doesn’t take into account additional spending announced this fall as part of changes to income-support programs for individuals and wage subsidies for businesses.

Jack Mintz, president’s fellow at the school of public policy at the University of Calgary, said policy makers should avoid a broad freeze and exempt parts of the economy that have low transmission risks but result in high costs if shut down. School and daycare shutdowns, for example, create enormous economic fallout because they pull parents out of the work force, Mr. Mintz said.

Ottawa should also target its fiscal response to any new lockdown, Mr. Mintz said, pointing to figures released last week by the Organization for Economic Co-operation and Development that show Canadians' household income actually rose during the first wave of the coronavirus.

Mr. Mintz said the increase in Canadians' average household income means that Ottawa overcompensated for the financial effects of the pandemic, spending $200-billion more than if it had simply maintained incomes at pre-pandemic levels. One example of that overcompensation, he said, was the federal government’s decision to allow part-time workers to claim the $500 weekly Canada Emergency Response Benefit, allowing those individuals to boost their incomes substantially during the spring and summer.

“You’ve got to ask the question, did we go overboard?” 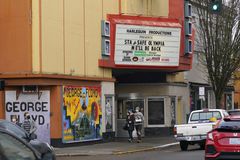 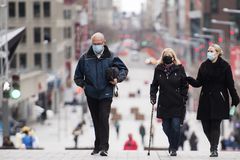 Follow Wency Leung and Patrick Brethour on Twitter @wencyleung @patrickbrethour
Report an error Editorial code of conduct
Due to technical reasons, we have temporarily removed commenting from our articles. We hope to have this fixed soon. Thank you for your patience. If you are looking to give feedback on our new site, please send it along to feedback@globeandmail.com. If you want to write a letter to the editor, please forward to letters@globeandmail.com.
Comments