Ontario Premier Doug Ford is denying that he placed a phone call to the chief executive officer of a Brampton hospital that may have contributed to the hospital’s decision to remove an outspoken critic of the government’s coronavirus response from his role directing the intensive care unit.

The Globe and Mail reported on Tuesday that Brooks Fallis, the former interim medical director and division head of critical care at William Osler Health System, lost his leadership post after disparaging the province’s handling of the pandemic in media interviews and on Twitter.

In an exclusive interview, Dr. Fallis said that two senior hospital officials told him in a virtual meeting on Jan. 22 that an offer to extend his contract had been withdrawn because his public remarks could put the hospital’s provincial funding in jeopardy, and because he failed to apprise Osler’s communications team of all of his media appearances ahead of time.

Dr. Fallis’s recollections of the Jan. 22 meeting and a Nov. 16 meeting with Osler CEO Naveed Mohammad and two other doctors were bolstered by meticulous notes of the encounters.

Dr. Fallis also told The Globe that on the morning of Nov. 6, he received an angry call from Frank Martino, now the hospital’s chief of staff, “telling me that Dr. Mohammad, our CEO, had received an angry phone call from Doug Ford about my comments. And I was instructed on our phone call to stop all media activity.”

On Monday, the Premier’s Office denied that such a phone call took place. Asked about Dr. Fallis’s account at a news conference on Tuesday, Mr. Ford said, “It’s 100 per cent totally false.”

“I think Dr. Mohammad at William Osler has addressed this,” the Premier said. “We don’t get involved in any HR at any hospitals. I would never direct a CEO to promote or fire someone. It just never happened.”

Donna Harris, a spokeswoman for William Osler Health System, the network that oversees the Brampton Civic, Etobicoke General and Peel Memorial hospitals, said in a statement Monday that, “at no time has anyone from the provincial government had a conversation with anyone from Osler regarding HR matters at the organization.”

In response to Dr. Fallis’s revelations, the Canadian Medical Association, which represents physicians across the country, issued a statement reinforcing the need to “protect and value the advocacy role of physicians as we all work together to counter the losses inflicted by COVID-19.”

Advocacy is part of physicians’ code of ethics, CMA president Ann Collins said in an interview. “As doctors, we have a tendency to think of our face-to-face, one-on-one relationships, but we really have a broader role to play in the community.”

Opposition NDP Leader Andrea Horwath called for an independent investigation into what she called the Premier’s “attempts to control, undermine and threaten doctors.” 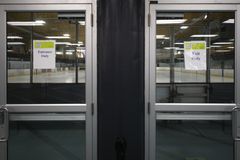 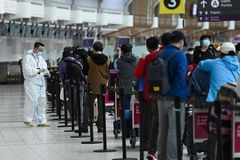