The Ontario government’s budget deficit for 2020-21 was $22-billion less than originally forecast, the province said Friday, prompting critics to accuse Premier Doug Ford of penny pinching instead of fighting the pandemic.

Ontario released its final report on the province’s public accounts for its fiscal year of 2020-21, which ended March 31. Unlike a forward-looking budget, the document tallies the province’s actual revenues and expenses. Friday’s numbers show last year’s deficit at $16.4-billion, less than half the $38.5-billion predicted in the budget delivered in November. (The province’s prepandemic deficit, in 2019-20, was $8.7-billion.)

The books, which have been okayed by Ontario’s Auditor-General, still show the province set a record for a one-year spending increase: $16.7-billion (excluding interest and debt payments), with almost all of the cash aimed at battling COVID-19.

Behind the much-smaller-than-anticipated deficit figure is more than $13-billion in taxes the government wasn’t expecting to collect, including corporate tax revenues that increased despite a large decline in gross domestic product. Finance Minister Peter Bethlenfalvy credited that windfall to the financial supports for individuals and businesses distributed by “all levels of government.” (The lion’s share of that help came from Ottawa.)

Ontario’s bottom line also benefited from $8.5-billion in extra money from the federal government in 2020-21, almost all of it one-time cash to deal with COVID-19.

“Doug Ford is pinching pennies instead of helping people during an unprecedented health crisis,” said Sara Singh, Deputy Leader of the Ontario NDP.

The government blames the underspending partly on the timing of the pandemic’s third wave, which peaked in April, after the fiscal year-end on March 31. Increased spending from that stage of the crisis, in which hospitals were forced to helicopter critically ill patients across the province as intensive care units became overburdened, is expected to show up on this year’s books.

But some critics argue the money originally earmarked in the 2020 budget should have been spent in advance to blunt the third wave, which erupted as the government ignored warnings from its scientific advisers and loosened COVID-19 restrictions.

Mr. Bethlenfalvy said his government had provided enough cash to combat the virus.

“There were ample resources available and that money, as necessary, was spent. And we’ll continue that,” he told reporters.

The public accounts do show that health spending, compared with 2019-2020, went up by 9.1 per cent, or $5.8-billion. Education spending increased by 3.6 per cent, or $1.1-billion, largely because of pandemic measures. The province says it spent $19.1-billion on pandemic measures in all, including $3-billion to support businesses affected by lockdowns.

Ontario says it is not the only government that saw its financial predictions thrown off wildly by COVID-19. Other provinces have reported similarly large variances between their budget projections and the real numbers amid the unpredictability of the pandemic.

Last week, Ontario’s independent Financial Accountability Office (FAO) said that, in the first quarter of the current fiscal year, the provincial government had not disbursed any money from a $2.7-billion fund earmarked to fight COVID-19.

But the government says the money has been allocated and will be spent. In some cases, hospitals, public-health units or other agencies must spend the cash first and be reimbursed, meaning the expenditures will show up later in the province’s fiscal year. Alexandra Hilkene, a spokesperson for Health Minister Christine Elliott, said $773-million being spent on COVID-19 lab testing would come out of this $2.7-billion and would show up in this year’s second-quarter numbers.

In a February report, the FAO said that, as of Sept. 30 of last year, Ontario was still sitting on $12-billion in pandemic money, even as the province’s COVID-19 testing system was being overwhelmed and the province was overruling school-board plans to lower class sizes.

In its numbers released Friday, the government said all COVID-19 contingency funds in its 2020-21 budget had been drawn down to zero by the end of the fiscal year. 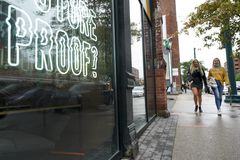 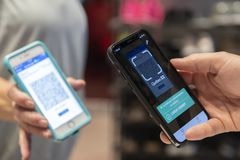 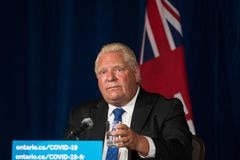