Ontario Premier Doug Ford lashed out at local public-health officials on Tuesday, blaming many of them for lagging behind on COVID-19 testing as the province struggles to keep up with its promised pace.

A day after boasting of a high testing rate in the province, Mr. Ford changed course on Tuesday as the daily testing numbers fell from a high of 17,000 on May 1 to little more than 10,500. Ontario has promised “rigorous testing” as part of its plan to reopen the economy.

Mr. Ford accused 17 of the 34 medical officers of health – leaders of the province’s local public-health units – of failing to perform enough tests, telling them to “start picking up your socks” and expressing disappointment in them.

“Some just aren’t performing. I’m calling them out right now. You’ve got to pick up the pace," Mr. Ford said.

“We need to hold these people accountable.”

However, he did not name which public-health officials he was referring to, and the government refused to provide additional details when asked. The Premier’s office later clarified that Mr. Ford was speaking specifically about testing the staff and the 100,000 residents in the province’s 626 long-term care homes. Each public-health unit was told to start testing all residents on April 21, with a deadline of May 15.

“It was shocking to hear Doug Ford throw Public Health leaders under the bus," she said in a statement. “He determines how many public-health units and labs we have, and how much funding they get, and he’s the one that spent the last year battling these organizations to make cuts to them. The buck stops with Mr. Ford.”

Some public-health units – and even the Premier’s Chief Medical Officer of Health – say that problems with the province’s computer system, its newly created lab network and the shortage of the special swabs needed to perform the tests were slowing progress. But most local health units said they intended to meet the Premier’s deadline.

Dan Flaherty, a spokesman for the Middlesex-London Health Unit, said the province’s data system does not update quickly enough to reflect the tests that are being done. He said that although 50 per cent of staff and residents in long-term care in London and Middlesex County had been tested by the end of last week, provincial data showed just 15 per cent had been tested.

“Over the next few days, we expect that this data gap will close and that the work being done by health units across Ontario will be more accurately reflected,” he said, adding that his health unit should beat the May 15 deadline by five days at its current pace.

Mike Janisse, a spokesman for the Windsor-Essex County Health Unit, said the organization was working with long-term care and other health care providers to get the testing done. But he said the region’s progress “is limited by an inconsistent availability of swabs for COVID-19 testing.”

When asked about Mr. Ford’s comments, Toronto’s Medical Officer of Health, Eileen de Villa, stressed that all testing, including testing at long-term care homes, was “under provincial purview,” but also said Toronto Public Health was working with local hospitals and long-term care homes to ensure the testing gets done.

“I can assure you that we are doing everything we can to ensure that this is done in a timely and effective manner," she said.

David Williams, the province’s Chief Medical Officer of Health, said his officials were contacting local public-health units where testing in long-term care was lagging. But he also offered a number of alternative explanations for the province’s low testing numbers.

He said some labs cannot transport samples on the weekend, meaning that results that come in on Mondays, and are then reported on Tuesdays, are lower. He also said in some cases, swabs did not arrive in time for scheduled testing, something he said the province was trying to address. Dr. Williams also said public-health units have had difficulties uploading data to the computer system.

Hamilton’s public-health unit said it has tested 50 per cent of all residents and staff in long-term care, and will complete the rest by next week. A spokesman for Peel Public Health said all residents and staff in the region’s 28 long-term care homes have already been tested. More than a dozen other public-health units contacted by The Globe and Mail said they were working toward next week’s deadline and expected to hit it.

“I think we are on track to have all of the surveillance completed in the short turnaround time that the Premier has requested,” said Rosana Salvaterra, Medical Officer of Health for Peterborough Public Health.

Ontario calls for a national strategy on contact tracing of COVID-19 cases
May 5, 2020 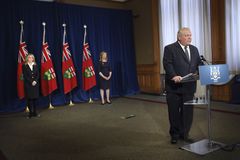 Quebec leads the way as provinces begin to re-emerge from coronavirus lockdown
May 5, 2020 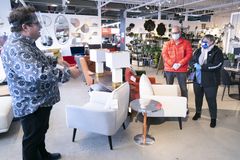