Last year, when Darci Everson’s Aunty Ingrid saw a porcupine dead on the side of the road, she immediately pulled over and put the animal in an empty box that happened to be in the vehicle. The next day, Ms. Everson sat in her backyard with her grandma Kitty and then-nine-year-old son, Moon, picking quills out of the porcupine.

The quills are just one of the materials Ms. Everson, a 39-year-old Anishinaabe mother of three living in Thunder Bay, uses in the beading kits and bundles she sells through her home business, EverBead – a play on the first part of her surname and how the word “ever” is used humorously among First Nations people to accentuate how someone is feeling or described by others (such as “ever good”).

And Ms. Everson’s business has been ever good these past few months as interest in beading explodes. The sole income earner for her family, she’s now filling orders by the hundreds, mostly from Indigenous organizations and First Nations eager to keep people occupied with activities during the pandemic.

The beading kits and seasonal bundles are made of up traditional and contemporary materials sourced from places like the bushes of Northwestern Ontario for birch bark (and porcupine quills) as well as Indigenous suppliers for items like elk antler pieces and brain-tanned hide. The seasonal bundles have been so popular that Ms. Everson is planning to sell them as a subscription service. She also hosts virtual workshops that bring Indigenous and non-Indigenous crafters together.

“Beading is a way of coping, of just letting that stress go and connecting with other people virtually,” she said. “It’s what we have right now – and it’s working.”

For Ms. Everson, beading is also allowing her to dream bigger. She’s been able to earn enough money for a down payment on a house, when the market is right.

“For the first time in my life, I have savings,” she said.

She first started selling beads when she was living in Kenora, Ont., in 2018. Her two best friends had a yard sale and she brought her beads, noticing they weren’t available anywhere locally, in an area where beading is commonly used among Anishinaabe crafters for items such as powwow regalia and earrings.

In 2019, Ms. Everson’s friend asked her for supplies for her daughter to make a pair of earrings. She threw together a kit with needles, earring hooks, a bobbin of thread, five different colours of beads, and fabric to bead on. The extra kits she made sold quickly on Facebook and word got around. It wasn’t long before she started getting orders, mostly from First Nations organizations she knew from her personal connections in the Treaty 3 area where her family is from.

Then last year, while on maternity leave from her work with the Ontario Native Women’s Association and recently relocated to Thunder Bay, Ms. Everson started to promote EverBead on social media. A family member also invested $1,500 in the business, and “it snowballed from there,” Ms. Everson said.

At first, the business was a helpful supplement to her income, but by January of this year, she quit her full-time job as a mental health co-ordinator to focus on her three young children. It’s also been empowering for them to be a part of EverBead, Ms. Everson said.

“It’s hard work, and they’re seeing it provide for us now,” she said, adding the kids sometimes help out, including with packaging the beads.

EverBead’s kits include a Zoom workshop where Ms. Everson walks participants through the steps to completing a piece, such as a strawberry pin or quill birch-bark pin, in about two hours. She starts each session with a smudging ceremony, a common practice among Anishinaabe.

Ms. Emerson said the sessions have become a sacred space for Indigenous and non-Indigenous participants alike to connect and share stories.

“At one session, we were talking about the spirit bead and how that will show up to show us that Creation knows that we’re not perfect,” she said about a different-coloured bead that is sometimes put into the beadwork.

Ms. Everson, who is also taking a part-time masters program in women’s leadership and community development, is the only person in her family who does beadwork, first teaching herself how to bead the handle of an eagle feather she was gifted for the one-year anniversary of her sobriety when she was 20 years old. She’s picked up teachings along the way from other crafters and knowledge-keepers, including how to prepare and dye the porcupine quills she often uses in her kits.

Ms. Everson also believes beadwork comes naturally to her as a tradition passed down from her ancestors. Her grandmother Kitty, a residential-school survivor who learned to knit instead, told her she remembers that as a young girl she used to watch her own mother bead.

“To me, that’s blood memory coming back,” Ms. Everson said. “I always felt that beading was familiar to me, even though I had never seen it.”

And she’s not alone. Kathy Oakley, an Indigenous woman from Fort William First Nation now living in Thunder Bay, said when her mother gave her some quills last year, she didn’t know what she was going to do with them. While her mother – who was adopted and raised by a non-Indigenous family – reconnected to her community and traditions some time ago, Ms. Oakley only recently started to learn.

Then she heard about one of Ms. Everson’s beading workshops, hosted by the Ontario Native Women’s Association and Confederation College. She said the workshop was a way to escape the realities of the pandemic and connect with people, even if not in person. And like Ms. Everson, she feels the craft is something that was passed down from her grandmother and other ancestors, even though she wasn’t raised with it.

“I understand a little bit more of why I feel so connected [to it] and why it feels so common to me,” Ms. Oakley said.

Ms. Everson has her eye on bigger goals for EverBead, including manufacturing her own line of glass beads – “an Indigenous-branded bead that would employ Indigenous people” – someday. In the meantime, she’s working on a website to help streamline the ordering process.

“You got to believe that the beads will take care of you,” she recalls one woman telling her during a workshop. 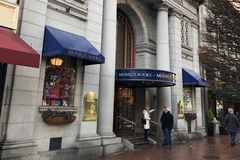 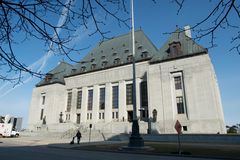 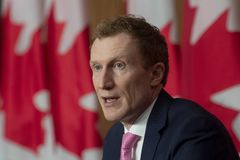