Canadians bothered by the sight of drones buzzing through the air are due to enjoy clearer skies as a host of stricter flying regulations comes into effect in June.

A mandatory written test, drone registration and a removal of previous exemptions for recreational use are some of the changes that will affect anyone wanting to fly a drone weighing more than 250 grams, about the size of a small toy. Transport Canada has indicated the new rules, which will be enforced as of June 1, are to promote safer flying.

The regulations come in the wake of a series of incidents involving drones at major airports, including a three-day disruption causing massive delays at Britain’s Gatwick Airport last December. There were several reports of incidents at Canadian airports in 2018, including a near miss at 7,100 feet around Vancouver International Airport last Sept. 18.

Drone mischief in Canada peaked in 2016 with 145 reported incidents but has tapered off in recent years to 135 incidents in 2017 and 100 last year. During that period, Transport Canada responded to a surge in drone activity by releasing more material related to drone safety and introducing an interim order to place further restrictions on recreational use. A representative from Transport Canada said that while these measures may have contributed to the decline of incidents, there could be other mitigating factors as well.

However, not everyone is on board with the new rules. Some drone pilots say the incoming regulations do more to discourage recreational use altogether rather than promote safety.

“It eliminates the recreational guy because everyone’s basically a commercial flyer now because of this,” said Alan Yu, a drone operator who has chronicled his experiences with Transport Canada’s new regulations on his YouTube channel.

“A lot of the questions are irrelevant to a basic flyer because it seems like they’re geared toward someone flying a traditional airplane,” Mr. Yu said.

For example, instead of providing new operators with information about where to fly their drones, they’re quizzed on different types of clouds, according to Mr. Yu.

Justin Miller, the technical team lead for flight operations at Transport Canada, said the point of the new testing is to encourage drone operators to understand that they are pilots and they exist within a much larger ecosystem.

“We need people to understand that airspace in Canada is a complex system and if you want to be part of that, there’s lots of responsibility,” he said.

RCMP officials say they have staff dedicated to disseminating the new regulatory information, but they would look to Transport Canada officials for guidance during investigations.

“In a lot of the cases we will defer to Transport Canada on these matters because they’ll be the experts on it; they’re the ones that handle this and similar types of laws that pertain to things under the aeronautics act,” B.C. division media relations officer Corporal Chris Manseau said.

In 2010, the RCMP began deploying drones for its own purposes during a pilot project for collision scene-reconstruction in Saskatchewan, Corp. Manseau said. Not long after that, he said, drones began being requested for work in major crime scene forensics, search and rescue operations and exercises involving the detection of chemicals and nuclear radiation. London’s Gatwick Airport open, but location of drone culprit up in air
December 23, 2018 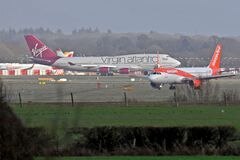 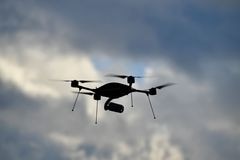