Ten of Canada’s largest pharmaceutical companies together made nearly $75-million in payments to doctors and health-care organizations last year, according to a voluntary disclosure effort that comes as two provinces prepare to force more transparency on the drug industry.

For the second year in a row, the Canadian branches of 10 brand-name drug companies released aggregate totals without naming doctors or revealing how many they paid to deliver speeches, sit on advisory boards or travel to international medical conferences.

When the voluntary disclosure program debuted last year, the industry group that organized it said it hoped more companies would join. That has not happened.

In the meantime, the ground has shifted: Last fall, Ontario passed the first legislation in Canada requiring the makers of drugs and medical devices to divulge their payments to a wide array of recipients, including all regulated health professionals, hospitals and patient advocacy groups.

British Columbia is consulting on a similar law. If passed, it would bring two Canadian provinces in line with the United States, Japan, Australia and several European countries, where the disclosure of drug-company payments is mandatory.

Matthew Herder, director of the Health Law Institute at Dalhousie University, said the fact that no new companies joined the disclosure program is “a clear indication of why a voluntary measure isn’t sufficient.”

“There are a certain number of companies that are going to be interested in doing this in an effort to stave off legislation,” he said. “But beyond that, the idea that this kind of measure is going to lead to data that actually tells us something about these kinds of activities and that deters inappropriate relationships because of the specificity of the information, none of that is going to happen in this kind of a voluntary setting.”

Innovative Medicines Canada (IMC), which represents more than 45 brand-name drug companies, said in a statement on Wednesday that the publication of aggregate figures, “provides more transparent disclosure, and it increases understanding of the industry’s collaboration and contributions across the health sector.”

However, the organization has been pushing back against parts of Ontario’s mandatory transparency plan, which it fears could place a significant financial burden on drug companies.

Coupled with Ottawa’s overhaul of the federal drug-pricing regulator, Ontario’s transparency law could, “have the effect of delaying or preventing the launch of new medicines in Canada,” IMC warned in a written submission to the Ontario government this spring.

“I don’t have a lot of sympathy for that argument,” said Andrew Boozary, the leader of Open Pharma, a group of pro-transparency doctors. “Canada continues to lag behind almost every other country on this issue.”

IMC’s submission was a response to proposed regulations that would bring Ontario’s transparency law into force.

The industry organization also asked that Ontario’s minimum threshold for disclosure be raised to $25 from the proposed $10 and that implementation of the law be delayed to allow companies more time to prepare.

The regulations were not finalized before the June 7 election, meaning Doug Ford’s Progressive Conservatives will determine the law’s fate.

A spokesman for Mr. Ford, who is to be sworn in as premier on Friday, last week declined to comment on the issue before the new government takes power.

Purdue Pharma, a company known for its role in the opioid crisis, paid $2.3-million to Canadian physicians and health-care organizations in 2017, less than any of the other companies. Its total fell about 25 per cent from 2016.

“Depending on how this money was distributed, you really can’t tell [what it means,]” Mr. Herder said. “Even if they spent less total money, if a lot of it went to some particularly influential physicians, it might have been more effective ... in terms of shaping prescribing decisions. We just really have no way of knowing.”

Purdue declined to answer e-mailed questions about why its payments decreased and instead provided a general statement about the voluntary disclosure program.

Total payments were down slightly for three of the four companies that released a full year of data at the inaugural disclosure. The rest of the companies published figures for six months or less for 2016, making year-over-year comparisons difficult.

The one company that released two full years of data and had an increase in its total payments was GSK, which led the charge for more transparency.

Yoo-Seok Hong, the president of Canadian pharmaceuticals for GSK Canada, said by e-mail that much of the increase in payments to health-care providers could be attributed to the introduction of a new asthma medication.

“When a product is introduced to patients and doctors, this involves additional conversations with and education for doctors, as well as patient support offered through their physicians,” he wrote. 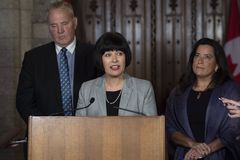 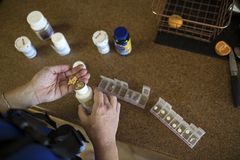 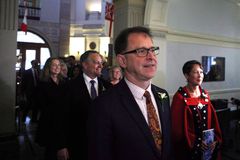