The former president of the Nova Scotia College of Art and Design raised concerns for months about members of the board of governors who she felt were pushing a proposal for a developer to build a new campus before she was abruptly fired, according to recently released e-mails from the university.

The e-mails, obtained through access-to-information legislation, show disagreement over the real estate proposal – which would have required NSCAD to sell its historic downtown properties to a Halifax developer in exchange for a new campus that the developer would build and lease to the school. The proposal caused animosity between Aoife Mac Namara, who became president in August, 2019, and several members of the volunteer board who ultimately voted to fire her in June, 2020.

Dr. Mac Namara was concerned about the perception of conflicts of interest among board members with links to the developer, and told the chair of the board that the provincial government should be made aware of the issue, the documents show. She told the board in e-mails that holding private meetings with Armour Group president Scott McCrea before the project went to tender would make it appear the developer was getting an inside track for a publicly funded infrastructure project.

The surprise firing of Dr. Mac Namara, who arrived at NSCAD after a 30-year career in arts education in Canada and the United Kingdom, made national headlines and drew accusations that commercial interests of board members were interfering in their decisions. It prompted protests from students and faculty associations, and a petition calling for the board to be fired and Dr. Mac Namara reinstated.

More than a year after her dismissal, the university has released 1,059 pages of records related to the controversy. Many of the pages are redacted, and key records are still missing – including documents related to the hiring of what the university called an “executive coach” whose role went beyond coaching to eventually helping find the president’s interim replacement.

The union representing NSCAD instructors says it’s unacceptable that the university is still withholding information about the firing, and is asking the province to intervene.

“There’s a sense of entitlement on the part of the board, that ordinary people, students, faculty and taxpayers of Nova Scotia have no business knowing the details of how money is being spent,” said Darrell Varga, acting president of the faculty union for NSCAD faculty and technicians.

“That attitude pervades this whole situation. They’ve decided ‘we’re not talking about this.’ But what we’ve seen so far only raises more questions.”

Three NSCAD board members quit after Dr. Mac Namara made it clear she wouldn’t support the new campus project. Ross Cantwell, a real estate consultant who brought the idea to the province’s waterfront development Crown corporation, which owned the land to be developed, left in February, 2020; treasurer Alan MacPherson, president of a concrete company that has done work for Armour Group, left in the spring of this year, and vice-chair Sean Kelly, whose law firm represents Armour Group, resigned in the winter of 2021.

The university, which has not indicated why the president was fired, said it regrets the seven months it took to fulfill the access-to-information request, adding that the redactions are not discretionary. Information related to an employee’s job performance, or that is deemed commercially sensitive, can’t be disclosed by a public body, NSCAD spokesman Bruce DeBaie said.

The records obtained by Ottawa researcher Ken Rubin paint a picture of how much pressure the former president felt she was under to go along with the Armour Group proposal for the provincially owned site known as the Salter Block. The e-mails also show Mr. MacPherson urged the board to help get Dr. Mac Namara’s support for the project.

“Aoife needs to know that the board was fully behind its initial plan and wants to move with a sense of urgency. She has to hear this to know to get onside,” he wrote in a Dec. 9, 2019, e-mail to the board chair, Mr. Kelly and others.

Mr. MacPherson said in an e-mailed statement to The Globe and Mail that he was merely asking the president to consider an idea brought by a developer, proposing a solution to the university’s pressing infrastructure problems. He said he wasn’t advocating that any developer get preference, and was worried the president’s opposition could cost NSCAD the opportunity to move to the Salter Block site.

“We never ever asked for anyone to work directly for any developer, we never asked that procurement policies be circumvented, and we never asked that preferential treatment be afforded to one party over another. All we asked was that the university administration look at any viable options for NSCAD’s most serious issue,” he said. “We did this through the proper committees and later with the open board.”

While the Armour Group proposal circulated among board members, it never formally went to a board vote. It would have required NSCAD sell to Armour Group two of its oldest properties on Granville Street in downtown Halifax, and pay the developer to build a new main campus next to the Art Gallery of Nova Scotia, then rent that space back from the developer – and allow Armour Group to build private condominiums on top.

NSCAD said there was no conflict of interest, real or perceived, because the Armour Group proposal was never formally presented to the board.

“We have answered allegations of conflict of interest multiple times and our position remains the same: No proposal from the Armour Group came forward to the board for consideration during Dr. Mac Namara’s tenure and thus there was no opportunity for conflict of interest at the board table,” Mr. DeBaie said in a statement.

Dr. Mac Namara, who declined to comment for this story, saw things differently, according to her e-mails to board chair Louise Anne Comeau and others. She repeatedly expressed frustration that the board’s potential conflicts of interest went unaddressed for months.

“To the best of my knowledge, no progress has been made at reducing our exposure to perceptions or allegations of conflict of interest with respect to the management of this file,” she wrote in an e-mail dated Feb. 7, 2020.

A week later, she wrote to Ms. Comeau that the Armour Group issue should be brought to the attention of the provincial Minister of Labour and Advanced Education.

The records do not show how the university addressed those concerns. It sought a legal opinion on the conflicts raised by Dr. Mac Namara in March, 2020, but it is redacted from the records.

Mr. MacPherson, who was also head of the board’s finance and physical resources committee, pressed Dr. Mac Namara in e-mails to proceed with a meeting with the Armour Group CEO before the university opened campus expansion plans up to public bidding.

“We committed for Aoife to meet with Scott and we also owe him that courtesy. This meeting should happen in early November with Aoife onside or not,” he wrote on Oct. 24, 2019, to the board executive.

He told The Globe that everything he did as a board member was always in the best interests of NSCAD.

The friction with the board over the Armour Group proposal began almost as soon as Dr. Mac Namara was hired. Two months after she started, the board hired consultant Bonnie Patterson as an executive coach for the former president, according to NSCAD.

Within a few months, the relationship between the board and the president had soured to the point that Ms. Patterson’s role evolved into helping the university find her replacement.

Mr. MacPherson says the board chose to fire Dr. Mac Namara only as a last resort.

Dr. Mac Namara began a tenured faculty position after her dismissal, as a condition of the contract signed when she was hired, the university said. 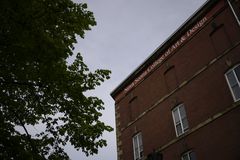 Union calls for reversal of decision to remove president of NSCAD University
June 29, 2020 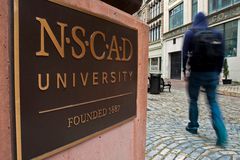