With fewer polling stations, fewer election workers and more public-health protocols because of COVID-19, Elections Canada is bracing for the most challenging and protracted voting day in the country’s history next Monday.

The pandemic has presented unprecedented tests for Canada’s national voting agency throughout the five-week campaign. It’s still about 40,000 people short of its goal for hiring election workers, and had to cut down on the number of voting locations to meet physical-distancing requirements and because some businesses, school boards and other organizations didn’t want to host voters during the COVID-19 crisis.

Elections Canada also had to reorganize the way polling stations are laid out, because of health restrictions, including placing only one deputy returning officer per table instead of two, which will slow down the processing of voters walking in the door.

Who will pay for the pandemic? Don’t ask our politicians

The good news, election watchers say, is that a record number of Canadians – nearly 5.8 million, an increase of 18.5 per cent from the 2019 federal election – voted in advance polls. More than one million Canadians, a greater number than ever before, also requested special ballots that can be sent through the mail.

Most mail-in ballots won’t be counted until the day after polls close, which officials warn could delay election results significantly in some cases.

The federal election agency is also anticipating long lines on Monday in some ridings, and is bracing for problems that were unimaginable in the previous election – including the concern that anti-maskers could force election workers to temporarily evacuate polling stations. That’s one of the scenarios that Elections Canada trained staff for in the lead-up to the election.

“Folks can have confidence that they are going to be able to go to the polls and vote on election day. But there’s no doubt it’s been a challenging election in many ways‚” said Matthew McKenna, an Elections Canada spokesperson.

He’s asking voters for patience, and said anyone who enters a polling station looking for a confrontation over masks may be removed for the safety of others. Mask rules will vary from riding to riding, depending on the requirements of local and provincial public-health authorities, and even the landlords leasing space to Elections Canada.

“The law authorizes returning officers and their delegates to ask electors who refuse to comply with the rules to leave,” he said. “Part of the job for election workers is making sure order is maintained and people feel safe. But any time there’s a potential situation where a polling station has to be closed, that’s a concern.”

In some cases, voters will have to travel a little further to cast ballots. Elections Canada is using 1,178 fewer voting sites than it did in 2019, including advance polling stations. The decrease is most pronounced in Canada’s largest urban centres, where the agency was unable to organize as many polls inside large apartment or condo buildings, and instead had to send voters to more centralized locations.

In many rural ridings, however, there’s been no decrease in the number of voting locations, according to data provided by the agency. That means reports about long lines at advance polls, particularly in densely populated ridings in the Toronto area, were not seen across the country.

The agency hired about 230,000 poll workers in the 2019 election. This time, only about 175,000 positions have been filled, but the agency is still actively hiring, trying to make up that gap. It’s believed fewer people have come forward because of health concerns around working with crowds during the pandemic.

“The door is still open, and we’d love for people to apply,” Mr. McKenna said.

There’s no requirement for workers to be vaccinated, he said, because the agency’s operational plans, which have been approved by public-health officials, will space employees out, he said. But Elections Canada “prioritized” vaccinated staff who would be sent to sites with vulnerable populations, such as First Nations and nursing homes, he said.

The snap election has exposed plenty of challenges with running an election in a short time frame while dealing with historic public-health restrictions. In Toronto Centre, for example, the number of advance polls was decreased from 91 to 15, causing long delays for early voters hoping to avoid crowds on Sept. 20.

“Elections Canada was put into an impossible situation, where they’re being asked to run an election in 35 days in a pandemic,” said John Beebe, director of the democratic engagement exchange in the faculty of arts at Ryerson University.

He hopes any frustration voters experience may revive support for legislative changes requested by Elections Canada, which were denied by members of Parliament in the spring. That included a proposal to increase the minimum election campaign length to 50 days, and instituting a three-day voting period.

“I think Canadians would find it very reasonable to add two more weeks to avoid some of these problems,” he said. “Elections Canada sets standards so that the voting experience is comparable across the country. But under these circumstances and this timeline, they’ve been unable to do that because of things really beyond their control.”

He takes it as a positive sign that despite delays, participation in advance polls was way up, suggesting Canadians are willing to navigate longer lines in order to vote. It’s not guaranteed that voter turnout will drop in this election, he said.

“Perhaps in the past year, people have realized how important the role of government is in their life,” Mr. Beebe said. “I hope that Canadians surprise us and show up more than expected next week.” 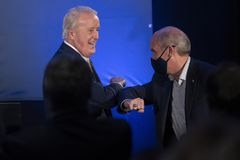 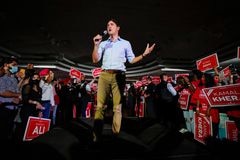 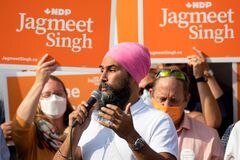