Growing up in the port neighbourhood of Limoilou in Quebec City, Joanne Boutet, 65, says she had asthma as a child. Pretty much everyone in her class did. But when her family moved to Charlesbourg, a more affluent part of town to the north, she recalls being one of the few with respiratory issues.

When Ms. Boutet moved back as an adult, eczema started to spread on her face and she suffered a severe asthma attack that put her in hospital. “The first question the doctor asked me was if I lived in Limoilou,” she recalled. “When I told her I grew up there, she was convinced that there was a link.”

Limoilou sits next to the international Port of Quebec where mined nickel is transported and there is growing concern among health experts that particles in the air could be affecting the health of nearby residents.

The provincial government statistics show atmospheric nickel levels in Limoilou are higher than average. Between 2018 and 2021, the neighbourhood surpassed the provincial nickel standard 50 times and spiked to more than 14 times the maximum limit on at least three occasions last year.

The concern over the possible effect nickel production is having on people’s health, however, is running up against the industry’s denial of being a contributor to poor air quality and the provincial government’s push to be a leader in providing mineral resources for a green economy. Nickel is a key component in batteries, notably for electric cars, and both federal and provincial governments are supporting companies to boost mineral production.

Residents had suspicions that there might be issues, but the awareness of contaminated air rose to public consciousness in 2012, when a cloud of red dust originating from the international port blanketed Limoilou. The dust turned out to be from a pile of uncovered powdered blood iron that blew over from the port.

A class-action lawsuit was eventually launched and went to court where a Quebec Superior Court judge ruled that residents who found their homes covered in the red dust would be compensated for cleanup and damages.

Véronique Lalande, who filed the class action, also suffered from eczema as well as increased allergy symptoms since moving to the neighbourhood a couple of years prior. Back in 2012, she one day noticed the dust on her balcony and on her newborn’s hands. “I realized his face was red and he had put some in his mouth and I’m like, ‘Oh my God.’”

Through dust samples and research into air quality reports, she learned that Limoilou averages the highest atmospheric nickel levels in Canada.

Nickel, a naturally-occurring metal found in rock deposits, is not considered dangerous except to those who are allergic – the World Health Organization estimates about 2 per cent of men and 11 per cent of women have a skin reaction to nickel. Ms. Lalande is one of them.

If ingested through the air, nickel can be carcinogenic. “Those smaller parts will go deep down into the respiratory system, they can go into your blood,” Ms. Lalande said. She has been called the Erin Brockovich of Limoilou. “There’s absolutely nothing normal about this.”

Nickel is used in thousands of everyday products, from Canadian five-cent currency to jewellery, but it has seen a spike in interest owing to its use in electric-car batteries. In its 2022 budget, the federal government announced that it was prepared to spend nearly $4-billion to fund the minerals industry critical for EV cars, including nickel.

In Quebec, the largest nickel mine is owned by Glencore, a Swiss-owned multinational corporation. It has been operating out of Raglan since 1997, close to the province’s northern tip, and it produces 240,000 tonnes of raw material annually, according to the company. Glencore also calls Raglan “one of the world’s purest series of nickel deposits.”

From Raglan, Glencore transports nickel on its ship to the Port of Quebec where it’s off-loaded into a sealed storage dome before being transferred to railcars bound for a smelter in Sudbury. At the smelter, it’s partly refined then returned to the port by rail. From there, it’s put onto another ship bound for a refinery in Norway to be sold as pure nickel. 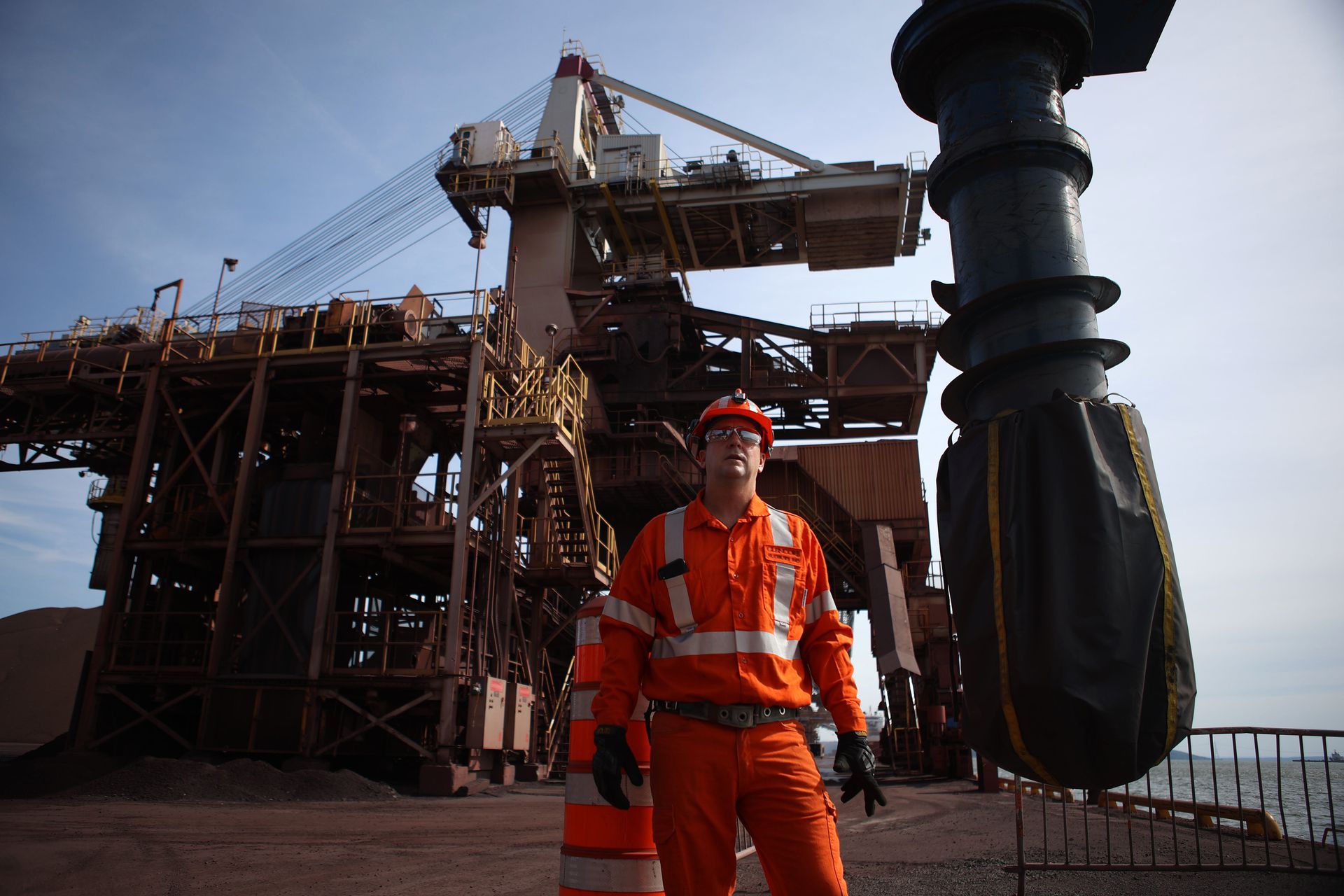 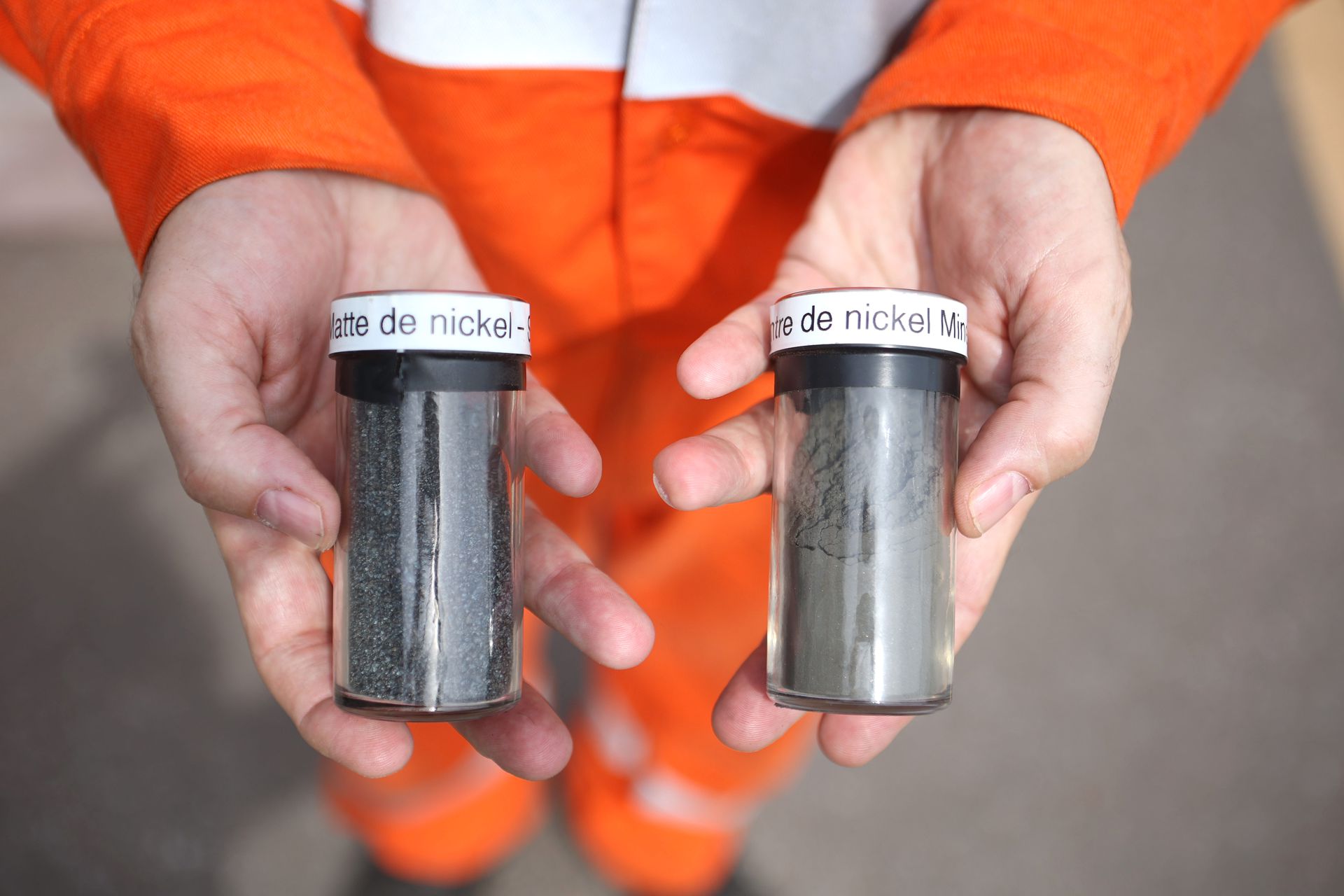 Maurice Moreau, Glencore Canada environmental management systems lead for Ontario and Quebec, at the Glencore facility at Quebec Port in Limoilou. He places the blame for the poor air quality elsewhere: wood-burning stoves, the municipal incinerator and car pollution, among other sources.

During a tour of the port, Glencore’s head of environmental systems management for Quebec and Ontario said the company is not responsible for getting nickel into the air in Limoilou. “Nickel has a great value for us. That’s where we make our profit. We don’t want to be losing nickel into the air,” Moe Moreau said.

Mr. Moreau said Glencore, which recorded a record $18.9-billion in profit through the first half of 2022, has spent $60-million over the past decade to improve its atmospheric nickel-capturing mechanisms. Some of these improvements include updating its off-loading machine to operate on a track to shave 36 hours off unloading when the ship is open and nickel is exposed to the air. Glencore also added sealed doors instead of flaps to the building, where railcars are filled, and installed dry fog machines to spray the nickel on the ship, turning errant dust into water molecules that drop back to the pile.

Glencore, which has simultaneously been embroiled in an air quality controversy over its Horne smelter in Rouyn-Noranda, Que., that emitted high levels of arsenic for decades leading to elevated rates of lung cancer, won’t release air quality statistics recorded at the port. Mr. Moreau says “the nickel doesn’t come from the mining industry.” He blames Limoilou’s wood-burning stoves, salt that piles up after snow removal, the municipal incinerator, paper mill and car pollution.

In 2013, a Quebec Environment Ministry study concluded that it is “very improbable” that nickel in Limoilou’s air comes from anywhere but the port. It also found that the nickel contained an iron sulphide called pentlandite – a potentially more dangerous form of the metal. In Western Australia, where pentlandite is found, standards are much stricter than they are in Canada.

“We’re talking about apples and bananas here,” said Claudel Pétrin-Desrosiers who leads the Quebec chapter of the Canadian Association of Physicians for the Environment (AQME). “The nickel that we find in Europe and Ontario is relatively benign, I mean, it can cause respiratory discomfort but it is not as carcinogenic as others. The one that we have in Quebec is the one that is most likely to cause cancer if there’s long-term high exposure.”

A petition signed by 18 Quebec health departments including AQME called on the government to look more deeply into the effects of atmospheric nickel and to reverse its February decision to relax the provincial nickel standard – a move that Glencore has been lobbying for since 2013.

“We have an industry that doesn’t pay the price for what it pollutes. They’re literally asking for more, and the government says yes, and then who suffers from that? It’s the people in the city that are the least heard,” Dr. Pétrin-Desrosiers said.

In an e-mail, Quebec’s Environment Ministry defended its decision, citing a 2018 report conducted by Michèle Bouchard, chair of toxicological risk analysis and management at the University of Montreal.

“The application of an annual standard … prevents critical respiratory effects associated with repeated exposure to nickel and protects against the carcinogenic effects of all nickel compounds, including nickel sulphides.”

Speaking to reporters in February, Quebec Environment Minister Benoit Charette said the decision to relax nickel air quality standards was made in response to increased demand for EV car batteries. “I have a very clear mandate to fight against climate change, to significantly reduce our greenhouse gas emissions,” he said. “We have to electrify our transportation, and to do that we need nickel.”

In Limoilou, there is a mural of a person wearing a gas mask standing with an umbrella beneath imagery of a skull and bones, bombs and lightning bolts. The artwork was made with participation from more than 100 local residents to demonstrate the community’s frustration.

“We don’t want Limoilou to be a sacrificial zone any more,” said Raymond Poirier, president of Vieux-Limoilou’s volunteer citizen council. “In French, we say, ‘souvent pas dans ma cour’ (not in my backyard), but the feeling is that it’s always in our backyard.”

Ms. Lalande left the neighbourhood in 2016 for a house in the mountains where she lives on the corner of a street called Bon Air (good air). Back in Limoilou, where she still works, Ms. Lalande points out the park she used to take her kids. “It’s really still very emotional because I did not choose to leave,” she said.

As Limoilou awaits several government air quality studies including an independent task force report set to arrive by the end of the year, she says the goal isn’t to boot Glencore nor the port from the area. “We can collectively be richer from our resources, but they can do it the right way by protecting the population,” she said.

If that happens, she hopes to move back to her beloved Limoilou.

“I do believe it’s a matter of time,” she said.