Ontario Health Minister Christine Elliott says the Progressive Conservative government is committed to strengthening the public health-care system, but wouldn’t say whether her government will expand private delivery of services after a leaked draft of a government bill raised opposition concerns about privatization.

Ms. Horwath called the bill “a blueprint for privatization.” It “is going to create an agency that is then going to farm out health-care services to whatever agency for-profit that can provide it,” she told reporters.

A section of the bill details how the yet-to-be named super agency could “designate” a person, entity or group to deliver two health-care services to patients; this would include hospitals, primary care and long-term care homes. It would also give the minister the power to integrate the health-care system and order health-service providers to transfer or cease their services.

Ms. Elliott confirmed the bill’s authenticity but called it a “very early draft.” She wouldn’t directly answer questions about whether her government will consider expanding private delivery of services within the public system.

“We are committed to strengthening the public health-care system that we already have. I can’t be any more clear than that,” Ms. Elliott told reporters at Queen’s Park on Thursday.

Ms. Elliott said Ms. Horwath “got pretty much everything wrong” about the bill. “I think it’s really very misleading for her to make the comments she did with respect to a draft that has not been finalized,” she said. She added there would be no changes to the Ontario Health Insurance Plan.

Bob Bell, former president of Toronto’s University Health Network, wrote on Twitter that the proposed changes are “a very draconian approach to health care reform.” He cited several proposed changes, such as a measure that would allow the health minister to order integration of health providers with 30 days notice and no public consultation.

The NDP revealed the draft bill as the Premier’s council on improving health care and ending hallway medicine, chaired by Rueben Devlin, released its first interim report. It outlines in broad strokes the issues plaguing the province’s health-care system, such as hospital overcrowding and lack of community supports, but it will only provide recommendations in a follow-up report this spring.

Dr. Devlin told The Globe and Mail on Thursday his council is looking at technology-based solutions to provide better care for patients and keep them out of acute care.

“We need to integrate, we need to innovate, but we also need to look for efficiencies,” he said. “Given that technology is available to us, we need to re-examine processes that are being used now.”

He said his council is not looking at the subject of privatization.

Ontario, like other provinces, has a mix of public and private health care. For instance, patients pay for prescription drugs out of pocket, unless they are administered in a hospital, and they can also pay out of pocket at some diagnostic imaging centres, physiotherapists and other service providers.

When politicians and policymakers debate privatization, what they’re really referring to is patients paying out of pocket for services that are supposed to be provided by the public system, said Steve Morgan, a health economist at the School of Population and Public Health at the University of British Columbia.

Monika Dutt, a family physician and board member of Canadian Doctors for Medicare, said Ms. Elliott’s comments raised concerns. The biggest worry is that if the government allows patients to pay for health services out of pocket, those who can afford to pay jump to the front of the line, while those who can’t have to deal with even longer wait times.

“Resources are taken from the public system to go into the private system,” Dr. Dutt said. “What ends up happening … is that people who are sicker, who are older, who have more complex needs stay in the public system, which ends up increasing wait times.” 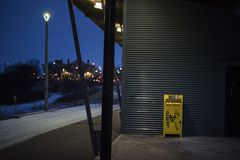 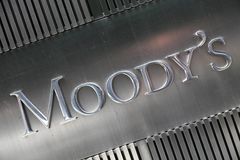 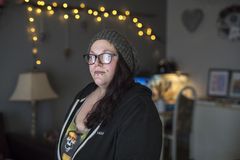 Follow Laura Stone and Carly Weeks on Twitter @l_stone @carlyweeks
Report an error Editorial code of conduct
Due to technical reasons, we have temporarily removed commenting from our articles. We hope to have this fixed soon. Thank you for your patience. If you are looking to give feedback on our new site, please send it along to feedback@globeandmail.com. If you want to write a letter to the editor, please forward to letters@globeandmail.com.
Comments